When learners and staff arrived at the new school last Wednesday, they were sent them back to their old school 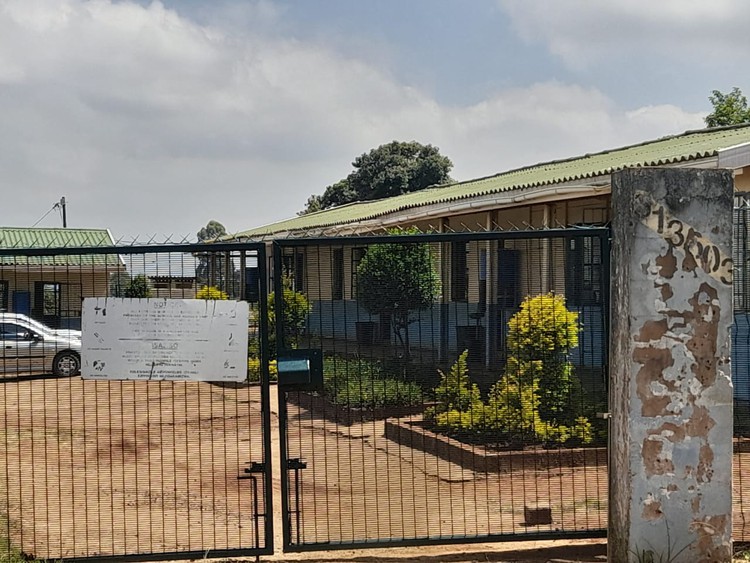 Classes at Bhovungane Primary School in Ndwedwe, north of Durban, were delayed by confusion over whether the school would be combined with neighbouring Dumezweni Junior Primary. Photo: Nokulunga Majola

Parents from two primary schools in Ndwedwe, north of Durban, say sthe KwaZulu-Natal Department of Education has botched the merger of their children’s schools.

The parents of learners at Bhovungane Primary and Dumezweni Junior Primary say they were told in 2020 and again in October last year that the two schools would be combined. They said the Ndwedwe circuit manager had told them learners from Bhovungane would now attend school at Dumezweni. But when the learners and teaching staff arrived at Dumezweni last Wednesday, department officials told learners to return to Bhovungane.

Community members and parents then protested, disrupting teaching at both schools.

Dumezweni is a junior school with classes from grade R to grade 4 while Bhovungane Primary only caters for learners in grade 5 to grade 7.

During a meeting with department officials and school staff this week, parents expressed their anger and frustration. Many parents say they rushed to buy new uniforms and to make arrangements for their children to start the year at the combined school. They want MEC for Education Kwazi Mshengu to resolve the confusion at once.

“We were all so surprised when the children were told to return to Bhovungane. Last year, we were told everything was finalised. We even had a celebration event with both schools and now this,” said one of the parents who did not want to be named.

She was among parents who had already spent money buying a new uniform for her child in grade 6. “We didn’t get answers about what had changed since last year,” she said.

Muntule Mkhize, deputy chairperson of the Ndwedwe Development Committee, said parents also wanted the principal of Bhovungane to take over from the outgoing head of Dumezweni.

He said at the meeting this week it was agreed that learners from Bhovungane would continue classes there until the end of the term. “Learners who already have a new uniform must continue using it because it cannot be changed now,” said Mkhize.

On Tuesday morning, learners from both schools resumed classes.

Asked about the confusion over the school’s being combined, provincial education department spokesperson Muzi Mahlambi told GroundUp: “The matter has been escalated to the district director. The district is attending to this matter,” Mahlambi said.