Piles of distinctions for learners from crowded Cape Town settlement 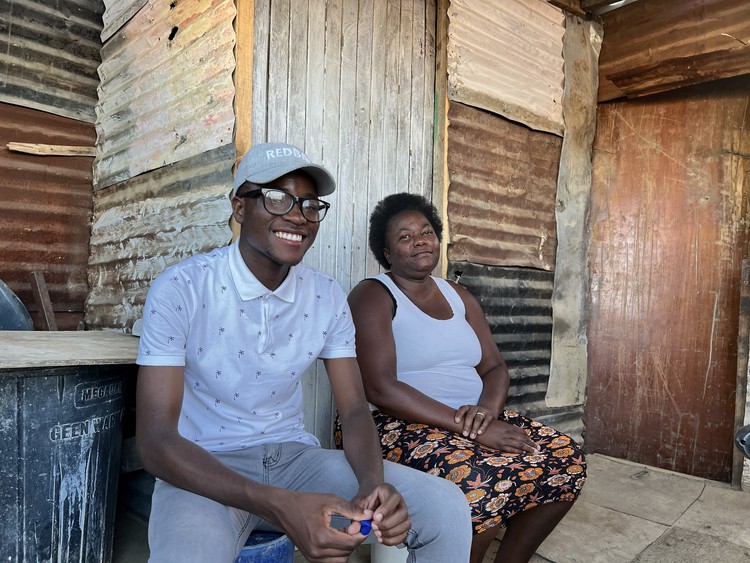 Ephraim Simango and his mother Veronica who says she was speechless when she heard of her son’s seven distinctions in matric. Photos: Peter Luhanga

Twenty-year-old Ephraim Simango had to study between midnight and 6am to escape the noise in crowded Siyahlala informal settlement next to the N7 in Cape Town. But he still managed to collect seven distinctions in matric.

Simango, who got the highest marks in Sinenjongo High School in Joe Slovo Park, has been accepted to the University of Cape Town to study science and engineering.

His parents fled conflict between Frelimo and Renamo in Mozambique when he was ten years old. “To adapt into a new environment I had to work twice as hard. I was doing Portuguese in Mozambique. I had to adapt to English and isiXhosa. It was very difficult.”

Travelling from Dunoon to school in Joe Slovo Park was a challenge in itself, and there was no space for him to study at home, as he sleeps in the area used as a kitchen and lounge in the two-room shack he shares with his parents and two sisters. He also had to contend with loud music pumping late into the night from nearby shebeens, and high levels of crime. “I could hear gunshots while studying at night,” he says.

In order to find quiet time to study, he would wake up at midnight and work until 6am.

Sometimes he stayed after school to study with other learners, only getting home at 9pm, although his mother worried about him walking home from the taxi rank in the dark.

At one point he had to travel back to Mozambique – without any form of identification – to apply for a passport. This lost him a week of school and he didn’t have the funds for the journey. It was his class teacher who gave him R6,000 to make the trip and obtain his passport.

He says she also bought him his matric jacket, paid for his valedictory, extra lessons, and assisted with minibus taxi fare. She also assisted other vulnerable pupils at the school, he said.

Now he needs to raise money again to get a study permit for university.

His mother, Veronica Simango, 37, makes a living braaing chicken feet. She said she was “speechless” when her son’s results were announced.

“I didn’t expect someone from a rural village in Mozambique to come to another country and beat all the challenges to become a top learner at his school,” said Veronica.

She heaped praise on the school staff: “I don’t know what to say anymore.”

“People drink till late. I’d wait until the music had quietened to start studying. That almost cost me a lot but I knew what I wanted so I kept on studying,” said Twetwela.

He managed five distinctions and plans to study electrical engineering at UCT. 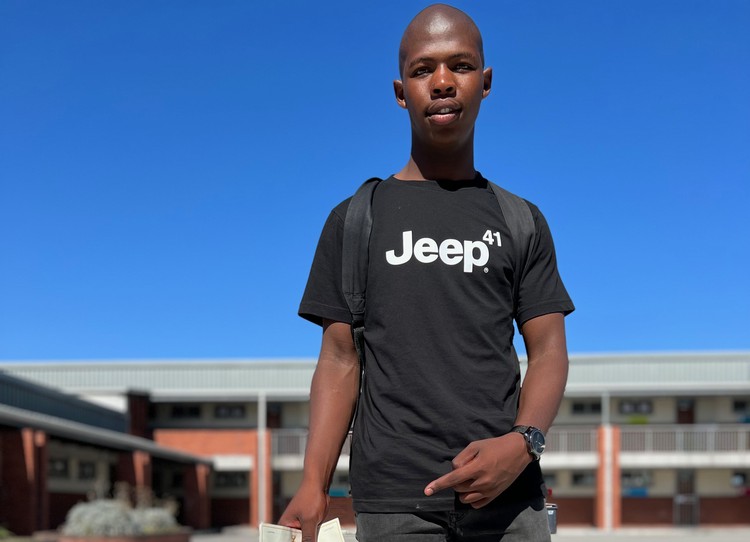 Top maths learner Sandile Siziba, 18, who scored 90% for this subject in matric, also battled with the noise. Siziba lives in Dunoon’s section 23. He obtained two distinctions and has been accepted to study chemical engineering at UCT.

“I had a hard time studying. I live near a shebeen where music is loud all the time. I had to adapt to that kind of environment,” says Siziba.

He is from Zimbabwe, with an asylum seeker permit, but he says most of his fellow learners did not know this. “Most people didn’t know I was born in Zimbabwe. I grew up with them and I learned isiXhosa very quickly”.

Simnikiwe Manengele, 18, also from Sinenjongo High, had to spend a month in hospital in 2021 with her son, born prematurely in 2020. When she was discharged, she says, she was behind in all her subjects. Then her mother fell ill, and could not help take care of the infant. Manengele had to look after her son herself and could only study when he was sleeping.

“I just had to keep on going, navigating between my school work and taking care of the baby. I pulled through,” she says.

She also managed five distinctions and has applied to study pharmacy at Wits University and the University of the Western Cape. 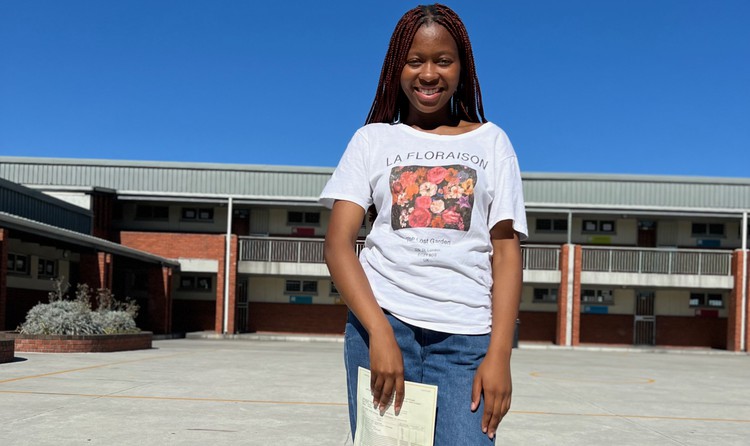 Simnikiwe Manengele collected five distinctions, though she had to look after her baby son while studying.

Breaking the cycle of poverty

Asanela Tamsanqa, 18, who lives in Dunoon near KwaVodacom, says her desire to break out of the cycle of poverty drove her to achieve four distinctions at Sinenjongo High.

“In my family there is no one who reached Grade 12. The highest grade was Grade 4. I want to break this thing,” said Tamsanqa.

She says she used to borrow money for transport to go to school and sold boiled eggs to make ends meet when she was not studying.

“I saw my mom had given up. She is without hope. I’ll help her.”

She heaped praise on her teacher who helped with transport costs and even offered accommodation in her home to help her study. “A lot of things for me were done by good Samaritans.”

She has been accepted to study pharmacy at UWC.

Anenenceba Liwani, 19, achieved three distinctions at Sinenjongo High. Sharing a home with his parents and six brothers and sisters in Dunoon Section 28 made it difficult to study, so his father, a domestic worker, rented a shack for him.

He is also the first in his family to pass matric and is waiting to hear if Stellenbosch University will accept him as a chemical engineering student.

Sinenjongo High principal Khuselwa Nopote said her school achieved a pass rate of nearly 91%, up from about 89% in 2020.

“This year was the toughest year for our learners. They were writing the matric exams at two venues: at the Joe Slovo municipal hall and in two classrooms,” said Nopote.

She said this was because the school hall was burnt down by protesting residents in July 2020. It has not yet been repaired. 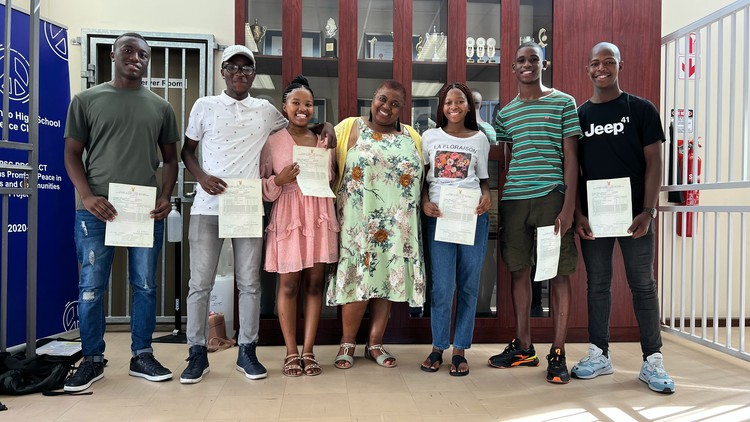 Previous:  Dismissal of employee who refused to get vaccinated was fair, rules CCMA