Hearings into the province’s water crisis concluded on Friday 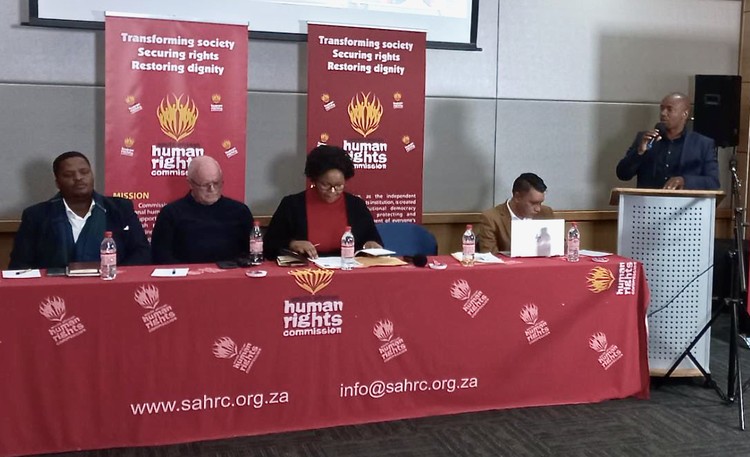 Ntuli was chairing the SAHRC’s week-long inquiry into widespread water disruptions in KwaZulu-Natal.

The inquiry heard that sabotage, political interference, unskilled senior managers and staff unable to read water plans were among the causes of the province’s water woes.

The Msunduzi municipality’s senior manager of Water and Sanitation Brenden Sivparsad agreed that the 660,000 residents of Msunduzi entitled to be upset. “We are in contravention of certain aspects of [the] Water Services Act,” he admitted.

He said an estimation done for a master plan in 2018 put the cost of fixing the water infrastructure at R2.3-billion.

He testified that in the 2021/22 financial year, ageing infrastructure caused at least six burst pipes a day. In the same timeframe, 3,804 reports of blocked sewers were received, but because of the municipality’s poor response time “many of these blockages led to pollution of rivers and streams”.

Sivparsad said a forensic investigation was presently being conducted on internal staff who were falsely claiming overtime and external staff members who were using the City’s resources to fund private businesses. Cable theft at the region’s water reservoirs was also a problem, he said.

Msunduzi Deputy Mayor Mxolisi Mkhize said his team was not relying on government to raise the funds needed to address the issues, but that they were looking into private partnerships as an option. He said they were also in talks with the Development Bank of South Africa to secure the money for the upgrades.

Mkhize said 10% of the City’s budget would be allocated to repairs and maintenance in the next financial year.

He said many failures aired by the community were not the fault of the municipality. For example, in the area of Henley Dam, illegal occupation and tampering with the water supply had drastically reduced capacity for other residents. Mkhize said residents confused planned water interruptions with failures to provide water. He denied that communication was poor.

But Anthony Waldhausen, chairperson of the Msunduzi Association of Residents, Ratepayers and Civics (MARRC), testified earlier in the week that every attempt to engage the municipality was simply ignored.

He said residents used multiple avenues to report issues to the municipality, including Whatsapp. The Msunduzi municipality, however, would not attend to burst pipes for up to three days.

Interrupted water supplies could last for “weeks on end” and residents were left without tanker services as an alternative, said Waldhausen.

He said vacancies in the municipality were sitting at around 48%. Staff members were so unskilled some were unable to read water plans or did not know how to turn on water valves. He said private residents had had to help them.

Mike Greywood, Msunduzi’s water service manager, admitted to the commission that it did have staff members who needed mentoring because they would sometimes open and close the wrong valves.

Margaret Ngcobo, Acting City Manager, said vacancies in the water department were being advertised and filled urgently. She told the commission: “Our work starts at 6am at the moment so that we can make sure that all the challenges that are facing the city are addressed.”

According to the municipality’s report to the SAHRC, some of the region’s water constraints were due to Umgeni Water upgrading the Vulindlela system.

Next:  Diepsloot community desperate for electricity to reduce crime