No schooling until department pays the R8 million it owes the construction company, say parents 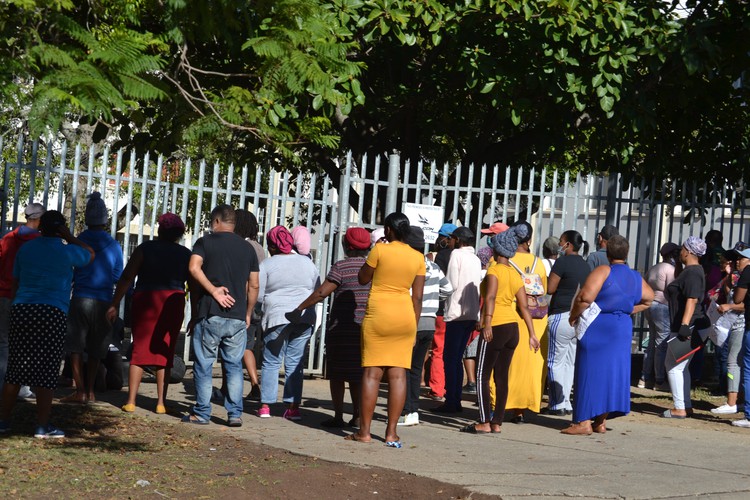 About 100 parents burnt tyres at the gates of Jubilee Park Primary in Kariega, Eastern Cape, before marching to the district education department office on Thursday. They demand the department pay outstanding fees to the construction company renovating the school.

Parents say they have been keeping their children at home since 29 March to force the department to respond.

Last month we reported that nearly 2,000 learners were using prefabricated classrooms while teachers and other staff sat under a tree on the school grounds. The school is surrounded by overgrown shrubbery and piles of unused construction material.

A R77-million project to rebuild the school halted in 2018. The construction company says the department owes it R8 million.

“We have had enough of our children attending classes four times a month or once a week,” said a parent, who asked to be identified only as Eunice.

On Thursday, she said they would continue protesting until the construction company is paid to complete renovating the school.

Chairperson of the school construction project steering committee Mgcini Mejane said that for the past seven years, construction at the school has been delayed due to unpaid bills. “Things are getting worse now during Covid-19 because classrooms are overcrowded. If you attend class one day in a week it creates laziness among children and they are getting exposed to anti-social behaviours because most of the week they are in the streets.

“Parents are now gatvol,” he said.

Terry Hake, Community Liaison Officer for the construction company, said they are battling to recover their money from the department. “We are tired of their lies. It is wrong that learners must be exposed to bricks, cement and construction material on school premises when coming to class,” he said.

Eastern Cape Education spokesperson Malibongwe Mtima said that Jubilee Park Primary is one of the schools on its priority list for completion this financial year.

Mtima urged parents to stop protesting and reopen the school. “Funds have already been set aside and will be released in due course … We condemn the closure of the school.”