Kannaland councillor sentenced for fraud, but keeps his position 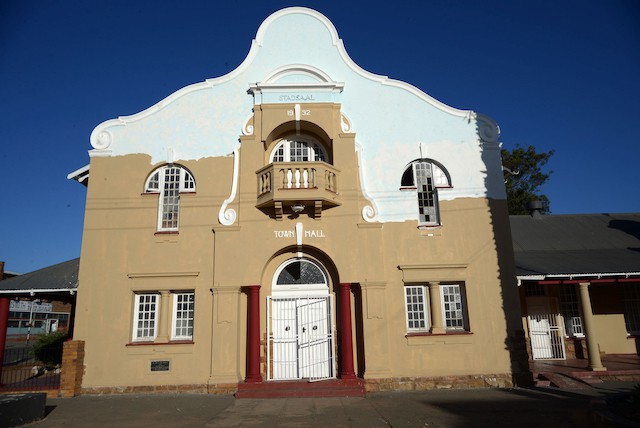 Werner Meshoa, a Kannaland councillor who has been sentenced for fraud, would only have to step down if he had received a prison sentence of more than a year, says his party, the Independent Civic Organisation of South Africa . Archive photo: Steve Kretzmann

Ward councillor Werner Meshoa, who is Speaker of Kannaland Municipality in the Little Karoo, was this week sentenced for fraud and obstruction of justice by the Ladismith Regional Court. But his political party, the Independent Civic Organisation of South Africa (ICOSA), has decided to keep him in his position.

Meshoa, who is councillor for Kannaland ward 3, was found guilty earlier this year, and sentenced on Tuesday 25 May.

According to a press release by DA member of the Western Cape legislature and Kannaland constituency head Gillion Bosman, Meshoa was sentenced to 18 months imprisonment or a R6,000 fine for fraud, and four years imprisonment, suspended for four years with 36 months house arrest for obstruction of justice.

ICOSA has a tentative hold on the municipality with three of seven seats in the council. The ANC and DA hold two seats each.

Were Meshoa to be removed from his seat, ICOSA would be in danger of losing power in a municipality that is struggling to maintain infrastructure and which was placed under provincial administration in 2018 to ensure it was able to deliver basic services.

Fellow ICOSA councillor Hyrin Ruiters said legally, Meshoa only had to step down if he received a prison sentence exceeding one year. The options of being fined and a house arrest with suspended sentence meant the party was not legally obliged to remove him from his council position.

Retaining Meshoa as councillor was for the party to decide, not council, said Ruiters.

GroundUp tried to find out the official ICOSA party position, but Kannaland councillor Jeffery Donson, who is also ICOSA president, did not answer calls.

After ICOSA achieved 48% of the vote in the 2016 local government elections, with the DA achieving 28% and the ANC 21%, an unusual alliance between the DA and ANC took place in a bid to minimise ICOSA’s influence.

But late last year the ANC sided with ICOSA, shifting the balance of power to strip DA councillor Aletta Theron of her position as Speaker in favour of Meshoa, and suspending Municipal Manager Reynold Steven and replacing him with Chief Financial Officer Roland Butler.

This power shift appeared to have opened the door for a flurry of council decisions in November and December, including sidelining the provincial administrator and attempting to pursue a R735-million, 25-year electricity provision deal with a private company.

Previous:  City’s approach to homeless people is not working