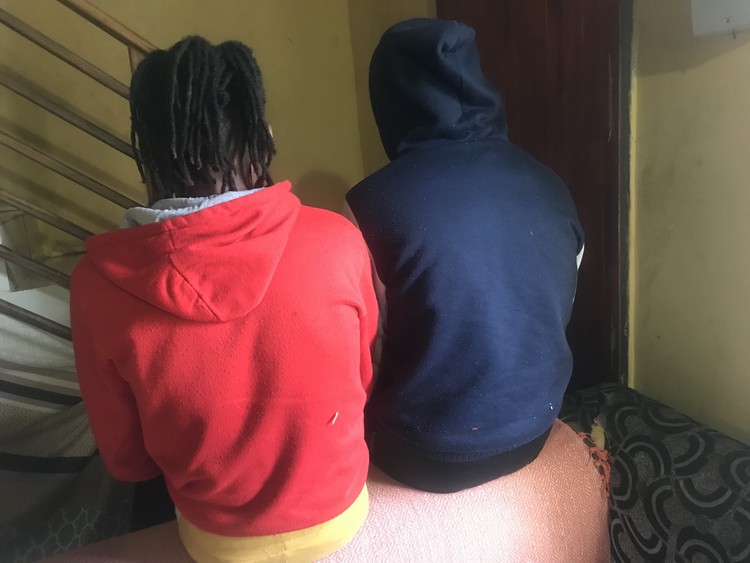 Tinotenda and his roommate say they have been threatened by fellow Zimbabweans in Langa, Cape Town because they are gay. Photo: Tariro Washinyira

Activists in the gay immigrant community are urging police in Langa, Cape Town, to arrest two people accused of assaulting a man over a week ago.

The assault victim says he was attacked because he is gay.

While police have confirmed to GroundUp that they are investigating the matter, activists say that police are dragging their feet to arrest the men whom they say are a constant threat.

Tinotenda*, who lives a few houses from one of the suspects, said he was walking to the shop with his friends on 15 August when the two men began calling him names and then attacked him, putting their hands around his throat and hitting him on the head. Bystanders intervened and prevented the two suspects from injuring Tinotenda further with small rocks, he said.

He explained that one suspect, who lived near him, had on several occasions made homophobic comments and threatened to kill him and his friends because they are gay.

Tinotenda was treated at the Vanguard Community Health Centre for multiple injuries to the head and neck. He said he went to report the incident to police and gave them the report from the clinic.

While reporting the case, Tinotenda said he had refused to sign the affidavit written by the officer assisting him. He claims the officer wrote that the accused had an old grudge against Tinotenda but this was not true.

Joseph Swartbooi, Western Cape police spokesperson, said that the police take discrimination seriously. He advised Tinotenda to discuss the matter with the station commander. “Langa police registered a case of Assault Common for further investigation. The suspects are known and are yet to be arrested. The investigation officer is hard at work in order to arrest in order to prosecute,” he said.

Shingirai Musekiwa, a leader of the Zimbabwe LGBTQ+ Crusader movement said the accused had threatened him too, saying “We are going to kill you. Mugabe never approved what you are doing. You must leave Langa.”

He said he was disappointed by the police. “Why up to now have no arrests been made?”

Musekiwa said several members of the movement had received death threats from other Zimbabweans. “I’m scared to be among my own brothers and sisters. We rarely get threats from South Africans when we walk on the streets or at clubs,” he said.

Members of the movement marched to the Zimbabwe consulate in April, demanding rights for gay Zimbabweans.

* Not his real name

Next:  Crucial services lost because of library vandals