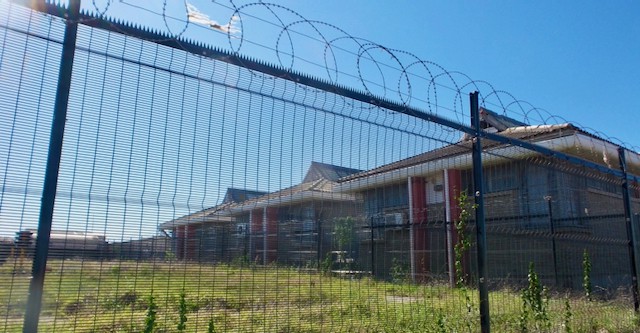 The public library in Motherwell is closed. The library had facilities for the visually impaired and it was also an important resource for students. Photo: Joseph Chirume.

Public libraries in Nelson Mandela Bay Municipality, temporarily closed because of the Covid pandemic, reopened on 2 August, But some had been so badly vandalised that they have not opened. These include Allanridge, KwaMagxaki, Chatty and Motherwell library. The last two also catered for visually impaired people.

People who used to be able to use the libraries in Motherwell and Booysens Park say it is expensive to travel to libraries such as New Brighton and Elukhanyisweni.

Libraries that are operating are limiting sessions to 30 minutes, and not all services are available. Study areas and computers are not in use, leaving learners and students in difficulties.

Nontombi Mase, of Motherwell, is rewriting three subjects for her senior certificate. She needs library access for this. Her parents are unemployed and the family cannot pay her taxi fares to get books from the New Brighton library. The return journey costs R60.

Another library user, who only gave Albert as his name and is studying paralegal work, lives in a backyard shack at his parents’ home. He said the environment is not suitable for studying and he needs the library.

With the libraries shut or limited, people are sharing information and also doing homework on social media. Monalisa Ncube, of Booysens Park, has started a WhatsApp group with eight people studying tourism online with her. They used to meet at the Chatty library.

She said this is a great help. But “the only challenge is that it is expensive to buy data bundles. We will be glad if the municipality opens the library again.”

Municipal spokespeople did not answer GroundUp’s questions about vandalism at the libraries.

Previous:  “I’m scared to be among my own brothers and sisters” says gay Zimbabwean activist