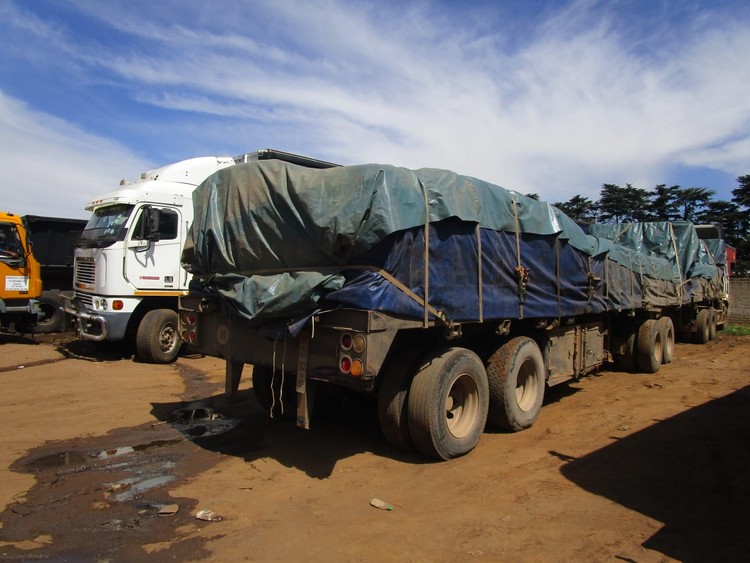 We spoke to immigrant truck drivers at a popular stop in Kempton Park about their experiences with groups targeting them and accusing them of taking jobs from South Africans. Photo: Kimberly Mutandiro

“I prayed for them to let me live because some who found themselves in similar circumstances, were reported dead,” says Richard Mudhara, a Zimbabwean truck driver working in Johannesburg.

He was among a dozen drivers from Zimbabwe, Zambia and Malawi who say they fear being targeted by a xenophobic group who frequently accuse them of stealing trucking jobs from South Africans.

Some drivers we spoke to said that while people from countries like Zambia and Malawi are given valid border stamps, drivers with Zimbabwe Exemption Permits (ZEP) permits still have to wait for a grace period from the Department of Home Affairs. The drivers claim that rogue police use this to extort them for cash.

Mudhara told GroundUp that he dreads going to work following several incidents by vigilante groups operating on the route between Johannesburg and Durban.

Recalling the most recent incident on 2 March, Mudhara claims he was abducted a few kilometres from Durban by three men who told him they were with the All Truck Drivers Foundation (ATDF) and Operation Dudula. He said the men managed to stop his truck and smashed the windows, forced him out, tied him up and held him at gunpoint in bushes while his truck was driven away.

“My mind was racing. They told me they were after truck drivers from Zimbabwe. They told me to comply or be killed so I prayed for them to let me live.” He says his life was saved when the gunman received a phone call and left him there.

He says the truck was later recovered but his personal belongings and cash were missing. Police took his statement but it is unclear whether the matter is being investigated, Mudhara says. “My child is still young. I don’t know how I will pay her school fees until she finishes college. The worst part is not knowing whether I’ll survive working here,” he says.

Hopewell (name changed) says, “It’s risky for us on the roads because we are foreigners who are now unwanted in this country. We are lucky to be alive.”

Hopewell says over a year and a half ago, the windows of the truck he was driving were smashed and some of his possessions stolen. His company was asked to open a case with police but he has heard nothing of the matter since then.

He also claims that police extort them for cash if they produce foreign documents. “We pay them out of fear. They get angry if we refuse and they can detain us for hours.” Hopewell says when he transports goods to Zambia, immigrant truck drivers are treated with dignity.

Mudhara and Hopewell have valid ZEPs, but say they are ready to return to Zimbabwe when the permitted grace period ends in December 2022 because they can no longer withstand the hostility in South Africa. 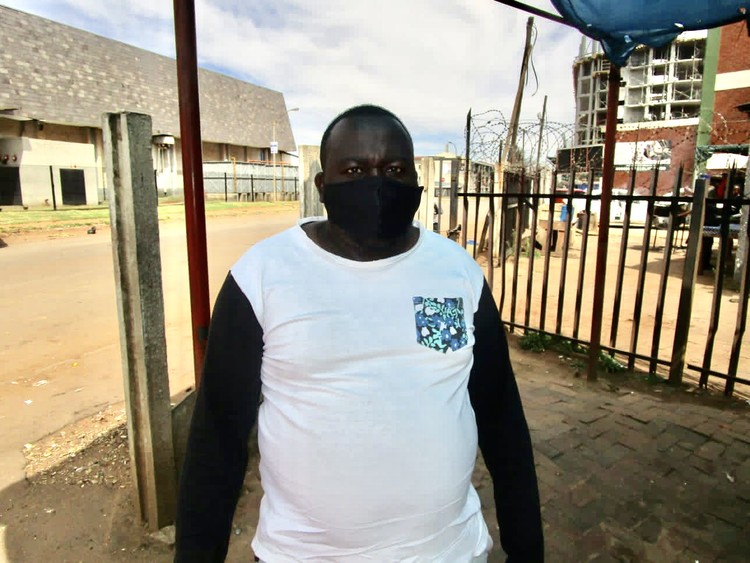 Truck driver Legend Mlilo from Bulawayo said he was attacked in August last year. He claims a group of people smashed his window along the N3 in Durban with the intention of getting inside but police were on patrol nearby and came to his rescue. He too now fears for his life as he hears stories from colleagues who are victimised. On several occasions, he has met groups of people telling him to leave his truck and go back to Zimbabwe.

Dr Vusimusi Sibanda from the African Diaspora Global Network said up to 15 immigrant truck drivers were reported to have been killed over the past three years. “People who attacked these truck drivers were not arrested, which is why we have more vigilante groups such as Operation Dudula and the ATDF.

“Lives were lost and trucks were destroyed yet no one was ever held accountable and even the government has not done anything to stop these attacks.” Sibanda said the Network was pushing for police and the government to intervene in the attacks against immigrant truck drivers.

Zandile Dabula, Operation Dudula’s secretary general, denied that their members were involved in the attacks, saying, “We don’t fight people, we fight the government.” She said the movement was yet to focus on the trucking sector.

In response to detailed questions from GroundUp, SAPS spokesperson Lieutenant Colonel Robert Netshiunda said instability in the trucking industry has resulted in increased attacks on drivers since 2017.

When asked about police extorting immigrants at the border, he said people should come forward and report cases of both corruption and the attacks. “Drivers are encouraged to report any corrupt activities for us to investigate. We are aware that there are rogue elements and we do not tolerate such behaviour,” he said.

Netshiunda said criminals are behind the spate of attacks on truck drivers three months ago. He believes the attacks had nothing to do with vigilante groups.

“We are aware of a period where our truck drivers were not very safe particularly along the N3 route from Johannesburg to Durban and Vice Versa, and the N2 route connecting Durban to Cape Town. We have made several arrests on different incidents and the cases were isolated. So there is no specific group under observation,” he said.

Next:  Eastern Cape court interdicts protesting workers from being 500m from farms

Previous:  Nando’s gets the stick for firing a man who tasted its carrots