How UCT council chair ignored calls for meeting for months 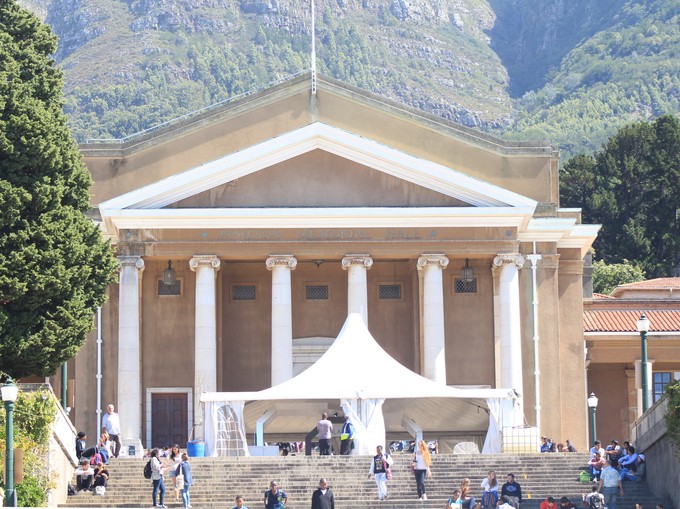 The University of Cape Town’s vice-chancellor and Council chair have been engulfed in controversy. Archive photo: Masixole Feni

UCT council chair Babalwa Ngonyama faces allegations that she has for months ignored and frustrated requests for a special council meeting to discuss the resignation of former deputy vice-chancellor for teaching and learning Lis Lange, the numerous senior staff resignations, and broader governance issues.

These claims have surfaced in correspondence between Ngonyama and other council members, obtained by GroundUp.

An appendix to the letter provides a timeline of the council’s correspondence.

Currently both Ngonyama and Vice-Chancellor Mamokgethi Phakeng face allegations of misconduct surrounding Lange’s resignation. A statement from 15 October announced that an independent panel will be established to investigate Lange’s resignation, as well as “matters related to executive relationships and resignations within and beyond the UCT executive management team”. A report is due by the end of this year.

It says that Ngonyama has “deliberately, and by design, consistently delayed responding to our correspondence; and when she does, she does so at the last minute in order to both frustrate and filibuster processes”.

Numerous attempts to resume this meeting were stonewalled by the chair, according to the correspondence. A special council meeting was finally scheduled for 8 September, but this was cancelled on 5 September by Ngonyama. Again, she claimed that there was an apparent lack of adequate documentation provided on the agenda items.

Ngonyama sent a message to council members claiming that she “asked the proposers of the special meeting to provide appropriate documentation for a resumed meeting. However, they have not yet done so. There is now too little time to circulate a revised agenda for the special meeting that had been rescheduled for this Thursday … and consequently, the meeting has been cancelled”.

But this essential documentation was sent “weeks prior”, according to Manjra’s letter. He called Ngonyama’s attempts to block the special meeting from happening as “prejudicial” and questioned the chair’s “obstinate reluctance to proceed with this meeting”.

A motion of censure against Ngonyama was also sent to council members, requesting:

The letter also noted that the “fissures and fractures which currently characterise council should never compromise good governance and undermine democratic, consultative, cooperative, and deliberative decision-making, in the pursuit of a blinkered agenda”. Additionally, it read that UCT’s council is not “a personal club that expects displays of deferential servility; embraces only loyalists; while shunning, censoring, and silencing critical voices”.

A special council meeting was finally held on 6 October. A vote was held to either establish an independent panel to investigate concerns around Lange’s resignation and governance issues, or to hold an internal and human resources-led investigation.

The latter motion was decided on, with the deciding vote cast by deputy chair Pheladi Gwangwa. Fourteen council members who voted for the independent panel came out with a statement that said the voting process was “flawed” and irregular. The statement also noted that the council members’ requests for a special meeting to discuss the governance concerns have been “systematically thwarted”.

This decision to lead an internal investigation has since been rescinded and an independent panel is going to be established, according to the university.

UCT spokesperson Elijah Moholola did not wish to comment but referred us to the statement of 15 October (linked above) which announced the establishment of UCT’s independent panel. Manjra also declined to comment.

Next:  Liquor Amendment Bill might be further toughened up

Previous:  Court orders compensation of R375,000 to families of learners who drowned on school outing