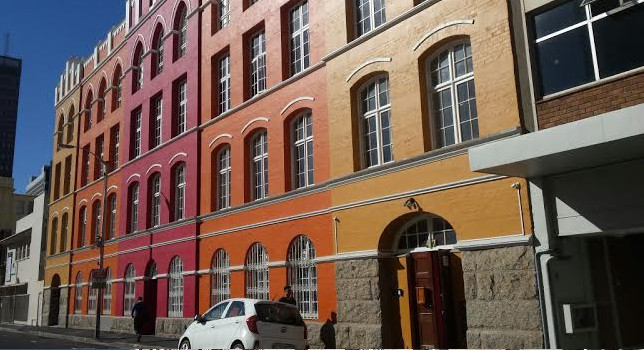 The Scalabrini Centre in Cape Town has for years been advocating for nearly 1,500 Angolans living in South Africa to get permanent residence. This week, the Department of Home Affairs announced that qualifying Angolans can now apply for the Angolan Exemption Permit. Archive photo: Tariro Washinyira

The Department of Home Affairs (DHA) on Thursday invited about 5,000 qualifying Angolan nationals to apply for the Angolan Exemption Permit. The Angolan Special Permit (ASP) was first issued in 2018 and expires at the end of this year. The conditions of the permit state that it cannot be extended, and its conditions cannot be changed.

The exemption permit will be extended for those who already have an ASP.

Applications are open to those issued with the Angolan Cessation Permit (ACP) but did not apply for the ASP, ASP holders, Angolan refugees or asylum seekers who were issued with Section 24 or Section 22 permits before 31 August 2013.

In a statement, Home Affairs said that spouses and children of the affected Angolan nationals will also be allowed to apply for visas or permits after the main member has obtained an exemption permit.

Applicants are required to submit Proof of Refugee or Asylum Seeker permit issued before 31 August 2013; a copy of the ACP or ASP; an Angolan passport valid for more than 12 months from date of application; and VFS processing fee of R1,090.

In October 2009, the United Nations High Commissioner for Refugees proposed ending the refugee status for Angolans who fled the civil war which ended in 2002.

The South African government announced the cessation of refugee status in 2013, but most of the former refugees who wanted to stay were granted an ACP in an Angolan passport issued to them upon withdrawal of their refugee status. These ACPs were only valid for two years.

In October 2015, the Scalabrini Centre submitted an application for permanent residency on behalf of all ACP holders. After several legal battles, Home Affairs eventually agreed to grant it under the category of an “Angolan Special Permit”.

The Angolan Committee has been on the forefront with Scalabrini, advocating for permanent residency. Committee member Manuel Panzo said, “We are happy that Angolans issued with the ACP but did not manage to apply for the ASP, have been included this time around.”

“The Angolan community was getting anxious as the expiry dates were nearing. About 1,486 of our members, who are on ASP in Gauteng and Western Cape, started making monetary contributions to pay a lawyer to assist us. Fortunately, we now have to abandon this idea and focus on the renewal process,” he said.

Next:  Limpopo education department is in breach of order to get rid of school pit latrines, court hears