Home Affairs’ refugee office to re-open in Cape Town, ten years after it was closed

The closure meant refugees could only apply for asylum in Durban, Musina, Gqeberha or Pretoria 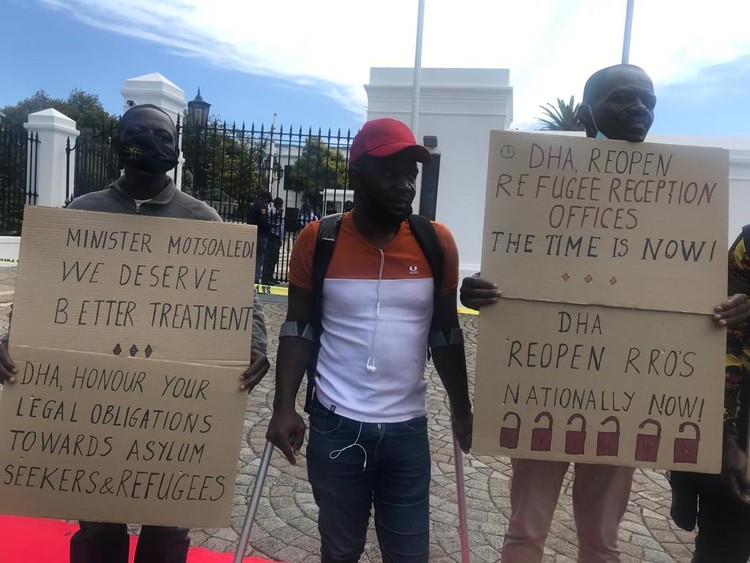 The Department of Home Affairs says it has finally secured a building for the Cape Town Refugee Reception Office.

It expects renovations to be completed in August 2022. “It will take approximately three to four months thereafter for the department to fit the offices out to its requirements,” said Home Affairs.

This was revealed in its March progress report to court on opening a fully functional office.

As a result, the Legal Resources Centre (LRC) has decided not to pursue a court application to have the Special Master oversee the reopening of the Cape Town Refugee Reception Office.

The legal battle between refugee organisations and Home Affairs dates back to 2012, when the department first closed the Cape Town Refugee Reception Office. The closure meant refugees could only apply for asylum in Durban, Musina or Pretoria. The Western Cape High Court said the closure was unreasonable and irrational. The matter was again before the Western Cape High Court in 2016 and then the Supreme Court of Appeal (SCA) in 2017. Both times the department was ordered to reopen the office.

Home Affairs then sought leave to appeal from the Constitutional Court but this was refused. This means the SCA ruling is final. When Home Affairs still had not opened the Refugee Reception Office by 31 March 2018, the LRC yet again took the department to court.

Representing the Scalabrini Centre and the Somali Association of South Africa, the LRC filed court papers on 4 May 2018 asking for the Special Master to have oversight to ensure that Home Affairs complied with the court orders.

In May 2021, Acting Judge Alma de Wet ordered Home Affairs to submit monthly reports on its progress to reopen the office. In November 2021, the organisations said there still was not enough progress from Home Affairs and pursued the application for oversight.

Devon Turner of the LRC said during a meeting in April, the parties had decided not to continue with the enrolment of the Special Master.

“Home Affairs has been amenable and the case management has been a very good mechanism. The judge is proactive in keeping Home Affairs accountable and ensuring they meet deadlines.

He said that the department is now expected to open the new office later in 2022. “This is a substantial step forward given that securing property was the biggest stumbling block of the process.”

In its progress report, Home Affairs said that building plans have been submitted to the City of Cape Town for approval. “The funding that is currently available is sufficient for running the CTRRO and the department will need to fill the managerial posts identified in June 2021 report.”

Next:  Strike ends as compromise reached at ArcelorMittal