“We are not making money and our fridges at home are empty. We can’t carry on like this,” says Kwa Mai Mai Market food seller 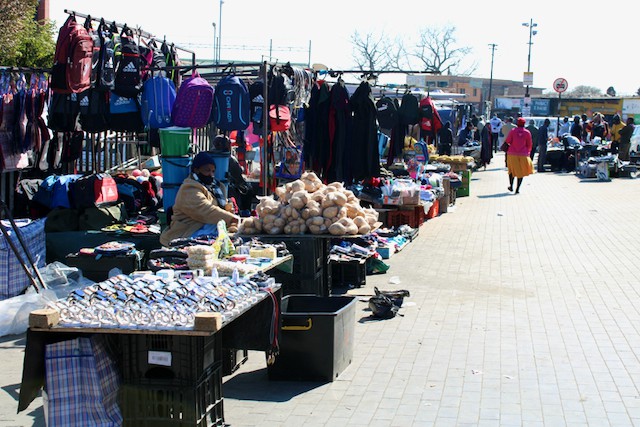 Informal traders outside Pan Africa Mall in Alexandra, Johannesburg, say business is slow. The traders rely on customers who come to mall, which closed after it was looted during the unrest in Gauteng in July. Photos: Masego Mafata

“The looting has really hurt us,” says David Mashitatona, a trader in Alexandra, Johannesburg. He has been an informal trader since 1988. He currently has a stall on the pavement outside the looted Pan Africa Mall.

The unrest in July brought trade to a standstill and things have still not recovered more than a week later.

“Our customers are often people who come to the mall but because the mall was destroyed, there haven’t been many people,” he said.

Mashitatona said that while his stall was closed during the unrest he used up all his savings. When he ran out of money, he returned even though it was not yet safe. “There were days when I would come and try to work. I would be the only person selling here,” he said.

“People are hungry and desperate. Looting has been happening for years in government, it has just trickled down now and it’s affecting us really badly,” said Mashitatona.

Another trader, who did not want to be named, said she had to close her stall for two weeks because of the unrest. “It seems we are safe now that the army is here,” she said.

A few stalls away, a woman, who sells second-hand clothes and shoes, said that luckily she takes her wares home and doesn’t store them at the market, otherwise they would have been looted. But business remains slow because the mall has no customers. 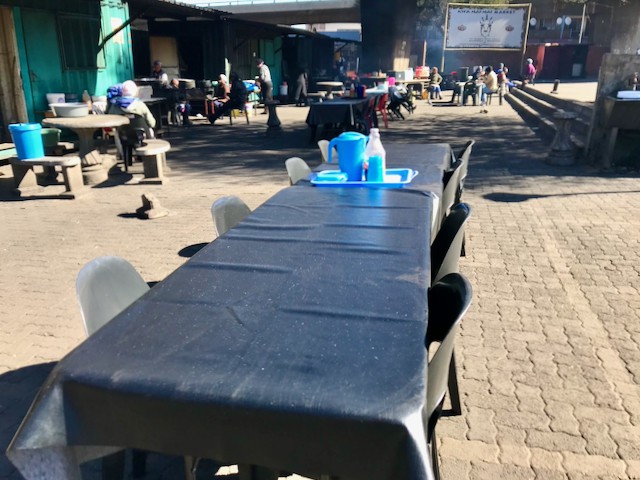 “We would put our lives in danger by coming to work, only to sit and wait for customers to come,” said a vendor at Enyameni, the food court area at Kwa Mai Mai Market. “Most of the time, we ended up eating the food we prepared and we would throw away what was left over because there were no customers buying it.”

A food seller said they were struggling even before the unrest. “Since the beginning of lockdown, business has been bad,” said Nothile Dumagude.

“This place is usually so busy but as you can see, nothing is happening. We are not making money and our fridges at home are empty. We can’t carry on like this,” said Khula Shange, a food seller at Enyameni.

When level 4 regulations were initially announced at the end of June, many outlets closed while a few opened only on certain days of the week, according to Shange. “For those that did open, we did not open on the weekends. This really cost us because Saturdays are our busiest days.”

The South African Informal Traders Alliance (SAITA) has called for more government support for informal traders in the wake of the unrest.

“We call upon government to make good on the monetary aid promised to the informal sector workers and to increase the initial amount to R1,000 per person per month during the duration of the lockdown,” SAITA said in a statement released last week.

Next:  Lottery COO back at work after 17-month “leave of absence”