“What was not taken, was broken,” says doctor 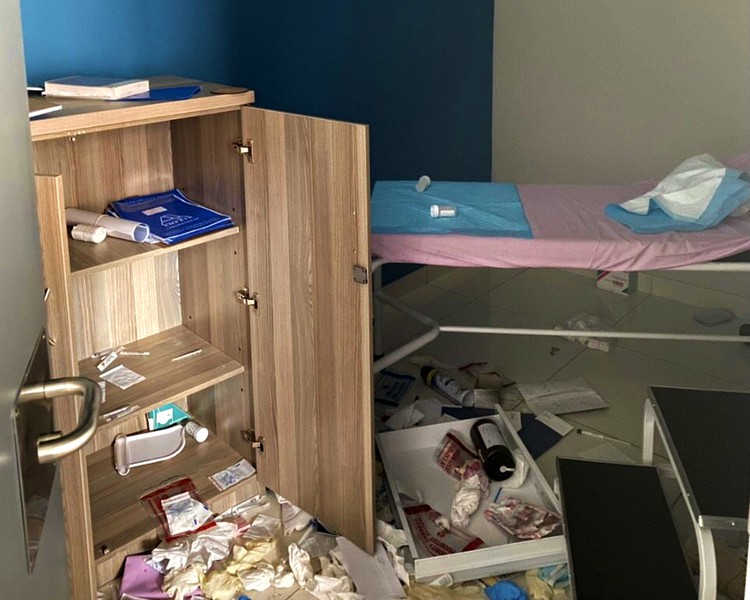 “What was not taken, was broken,” said Quadcare CEO Dr Dulcy Rakumakoe, after two clinics in Gauteng were looted and destroyed on Monday as the unrest spread.

The clinics, in Evaton and Protea Glen, are part of a group of medical centres which target people from low-income backgrounds.

“Yesterday, we got a call at around mid morning from the staff members in Evaton, telling us that things were starting to get out of hand near the practice,” said Rakumakoe. “We instructed them to close and to tell our patients to go home, so luckily no one was harmed.”

Rakumakoe said staff members could only go to the centre to assess the damage on Tuesday as it was not safe on Monday.

“Our staff managed to go this morning and they found the place ransacked. They took all the computers, the ultrasound machines, medication and some furniture. What was not taken, was broken,” she said.

The Quadcare in Protea Glen, opposite a shopping centre which was also looted, was stripped too, she said.

According to Rakumakoe, about 25 people are treated daily at each of the practices that have been destroyed. She said patients had been referred to other centres and arrangements would be made to deliver chronic medications to people’s homes.

Getting the two centres running again would be a costly process said Rakumakoe. Each centre cost R200,000 to set up.

“We had targeted places to expand to but now we have to start by rebuilding the Protea Glen and Evaton practices, because we already have a patient base to take care of in these places,” she said.

While other Quadcare centres in Johannesburg remain open, Rakumakoe said they were monitoring the situation.

As looting intensifies in Gauteng, the death toll in the province has risen to 19 people, according to Gauteng Premier David Makhura during a briefing outside the Ndofaya Mall in Meadowlands. Ten people died in a stampede at the mall on Monday night said the premier’s spokesperson Vuyo Mhaga.

“Unfortunately when the Emergency Medical Services were called, they could not come on time due to blockages in the area,” he said. Mhaga said the ten people were declared dead on the scene.