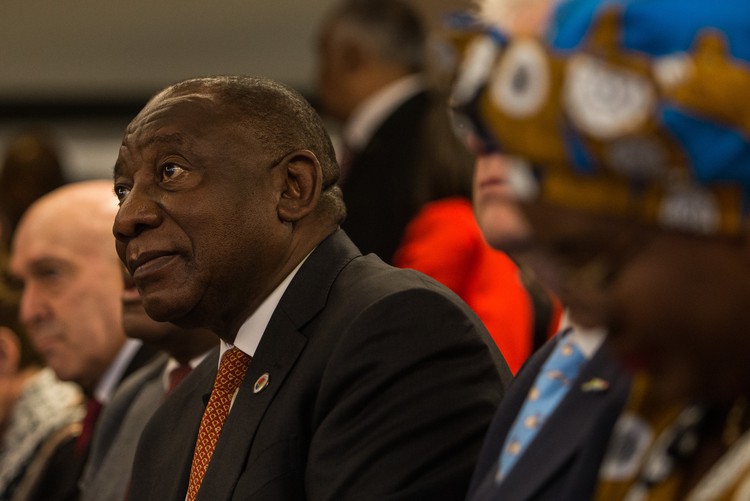 A two-month delay renewing the contracts of the Special Tribunal judges caused delays in Special Investigating Unit (SIU) cases. The court is responsible for making preservation orders on assets of people, companies and organisations implicated in corruption.

The Tribunal’s judges’ original three-year terms expired on 4 March 2022. This meant the Tribunal could not hear new matters, including some related to corruption at the National Lotteries Commission, referred after that date. Matters lodged before 4 March have continued.

The matter was finally rectified by a new Presidential Proclamation, which took effect on 1 May. The proclamation extended the terms of some of the existing judges and appointed Judge Lebogang Modiba as the new President of the Special Tribunal.

Two new judges, Judge Johannes Dauffe and Judge Soma Naidoo, who are both from the Free State Division of the High Court, were appointed to the Tribunal. Their appointment signals a beefing up of the Tribunal in a province where several major state capture matters are before the courts or under investigation by the SIU.

The Tribunal has a statutory mandate “to recover public funds siphoned from the fiscus through corruption, fraud and illicit money flows”.

Judges Matter, a civil society watchdog which monitors the judiciary, has previously raised concerns “about the President’s slowness to fill critical vacancies in the judiciary and how this impacts the capacity of courts to deal with cases effectively.

“We recently were critical of the President’s delay in appointing the new Chief Justice. That the Special Tribunal was almost rendered inoperable rings another alarm bell,” said Judges Matter advocacy officer and researcher Mbekezeli Benjamin.

“It’s important that the situation has been rectified and that the Special Tribunal now sits with a full complement of judges,” Benjamin said.

“From its recent parliamentary briefings, the SIU seems to be bringing larger, more complex recovery cases to the Tribunal and this needs sufficient judicial capacity to handle such a high workload.

Judges Matter also welcomed the appointment of Judge Modiba as President of the Tribunal.

“Modiba seems to us to be capable of leading the next phase of the Special Tribunal,Benjamin said.” Having managed the largest volume of the Tribunal’s cases, and written the highest number of its judgments, Judge Modiba is steeped in the work of the Tribunal.

“Her judgments are often handed down within days of the hearing, which signals that she understands the crucial need to act quickly to recover assets that may be spirited away in a split second. In our view, Modiba has many of the qualities we have identified as important in judicial leaders: intellectual leadership, sound administrative ability, empathy, and a deep commitment to the values of the Constitution.”

Judges Matter also welcomed the fact that half of the judges of the Special Tribunal have been retained and the addition of two new senior judges.

“This is a boost for the Tribunal as it now boasts one of the most experienced benches in the country (in terms of the number of years on the bench, and variety of exposure to legal fields).”

But there were still concerns about the future of the Special Tribunal, Benjamin said.

“Although the Special Tribunal has done tremendous work since its establishment in 2019, there is still some uncertainty about its permanent status. The fact that it relies so heavily on the President issuing new proclamations raises serious questions about its constitutional status, and even touches on security of tenure of judges, which is one of the conditions necessary for judicial independence. We trust that the Minister of Justice is working on legislation to clarify these questions once and for all.”

Tomorrow: Lottery cases ready to be brought to Tribunal.

Next:  Activists call for a task team to find ways to boost Covid grant

Previous:  No severance pay for employee who refused Covid vaccination