Residents say they are without electricity between 5pm and 9am daily 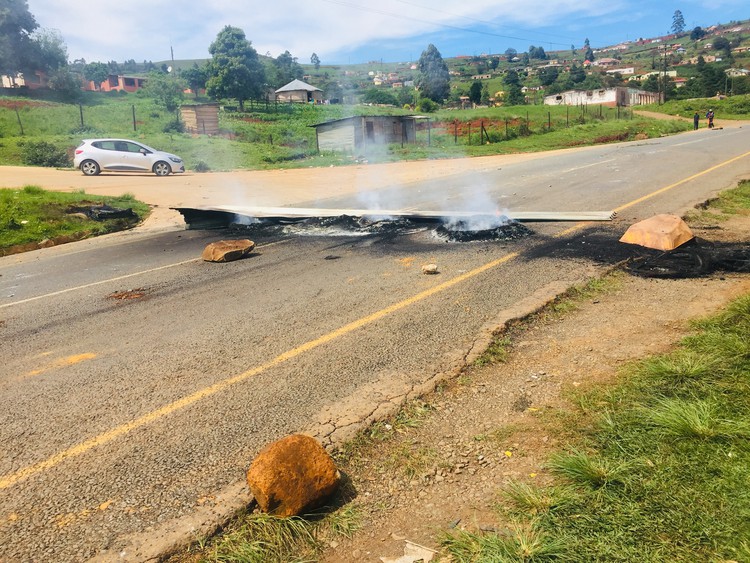 The community of Elandskop in Pietermaritzburg blockaded several access roads with rocks and burning tyres on Monday to protest about electricity blackouts. Residents say there have been four-hour long power cuts daily since August.

Resident Sizwe Mchunu said, “Every evening between 5 and 9pm our lights are switched off. This has been happening for the past four months. It’s clear that it is not loadshedding because some of the wards have never been affected.”

Another resident Menzi Xulu said electrical appliances like fridges and televisions had been damaged by the outages. “We don’t know whether this is done to us because we are a rural community … People are not going to work because no one is allowed to move. The government must help us resolve this issue so that our lives can go back to normal,” said Xulu.

As a result of the road closures from KwaMnyandu to Elandskop on Monday, most residents could not go to work and elderly people could not travel to collect their medication at clinics.

Former Msunduzi Municipality Mayor and KwaMnyandu resident, Themba Njilo, said they have been complaining about electricity problems for a long time. He said ward councillors met Eskom three weeks ago, but there was no resolution.

Eskom’s spokesperson Joyce Zingoni said load reduction is needed to protect the network and to prevent it from overloading. She explained that power cuts were necessary to “prevent damage to electricity infrastructure through explosions of transformers and mini-substations”.