In 2016 Dunoon was put under Atlantis, 35km away, making it hard for the community to reach municipal offices. That “stupid” decision has now been reversed 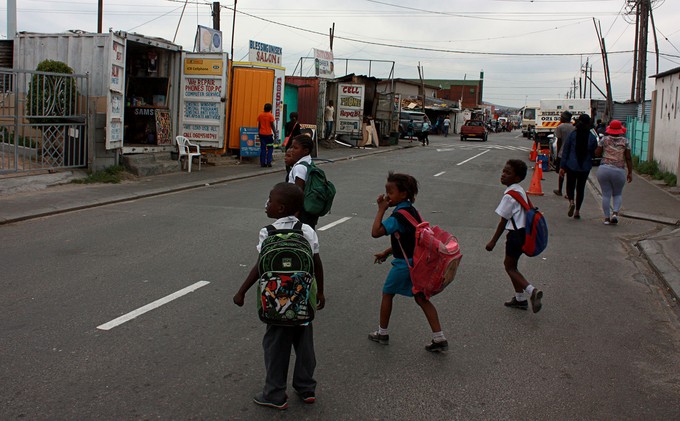 Residents of Dunoon in Cape Town will no longer have to travel 35km to their nearest subcouncil offices in Atlantis but can now go to the municipal offices in Milnerton, 8km away. Newly approved municipal boundaries put Dunoon (in ward 104) under subcouncil 3.

Subcouncil monthly meetings will now once again be held at the municipal offices in the Paddocks Centre. This is how it used to be, but in October 2016, the City of Cape Town approved a plan for new municipal boundaries which placed Dunoon with Atlantis and Melkbosstrand.

The move is a relief for poor Dunoon residents who struggled to pay for transport to Atlantis to lodge service delivery complaints, collect job-seekers’ database forms, and apply for housing subsidies.

Chairperson of the South African National Civic Organisation (SANCO) Dunoon branch Sinethemba Matomela says the 2016 demarcation was “a stupid move from the City of Cape Town”.

He said the subcouncil ended up struggling to source enough local people on the job-seeker database for jobs through the Expanded Public Works Programme (EPWP), as job-seeker forms had to be collected and submitted at the subcouncil offices in Atlantis.

“We had to direct our residents to Atlantis subcouncil office. They didn’t even know where it was; it is situated in an awkward place. They would take three taxis and get lost,” he said.

Now, says Matomela, people in Dunoon can walk to the offices and easily attend subcouncil meetings.

“Even for ward committee members it will be easy for them to travel to meetings,” said Matomela.

Mayco Member for Corporate Services Theresa Uys said that at the City council inauguration meeting on 18 November 2021, the council delegated Mayor Geordin Hill-Lewis to appoint a person to initiate the process of establishing new subcouncil boundaries.

She said the public participation process for the new subcouncil boundaries had been completed on 16 January, with all comments submitted to the multi-party committee for consideration before a final recommendation was made to council, which passed a final resolution last month.

Next:  Gqeberha bus shelters in ruins after contractor abandons site