Debate: Should SA’s cricketers have to take the knee?

Here’s a summary of the arguments 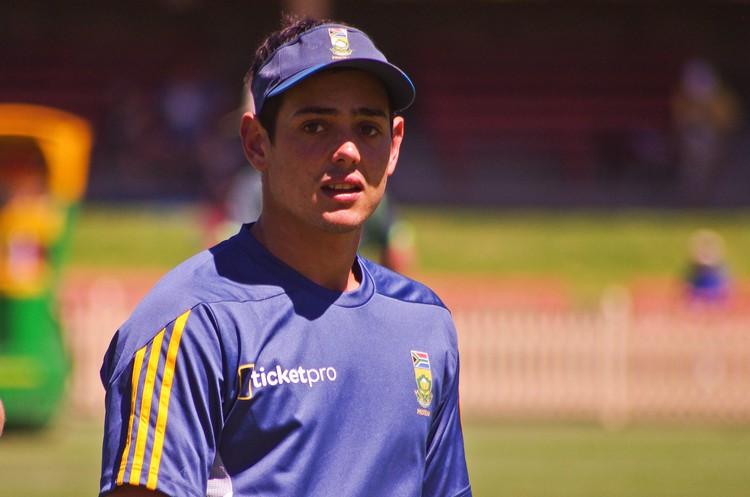 Quinton de Kock did not play for the Proteas against the West Indies on Tuesday after he refused a directive to take the knee. Photo: Wikipedia user NAPARAZZI (CC BY-SA 2.0)

Trust the South African cricket team to be at the centre of a political controversy. The Proteas “took the knee” in support of Black Lives Matter before their T20 World Cup game against the West Indies on Tuesday. But Quinton de Kock, perhaps the team’s leading player, was absent because he refused to obey a directive from the team’s management to take the knee.

South Africans are divided on the issue. Here are some of the arguments:

Should South Africa’s cricket team take a stand against racism by bending the knee?

Yes. South Africa’s history of apartheid means that it is important for those who represent us on the international stage to take a strong stance against racism. Bending the knee is a current, emphatic and principled way to do this.

No. Taking the knee is not just about taking a stance against racism, it reflects support for a particular ideological position, with its origins in a different country and a different context. It should be a personal choice.

Should the whole team have the same stand on the issue?

Yes. At previous matches, players have been doing their own thing: some taking the knee, others raising a fist, and De Kock standing with his hands behind his back. India, West Indies, Australia and England have been taking the knee before their games; it’s embarrassing that a country with South Africa’s history is failing to do so.

No. It’s a violation of the constitutional right to freedom of expression for Cricket SA to compel a player to publicly support an ideological position. They are selected for their cricketing skills not their political views.

Is this the best way to take a stand against racism?

Yes. Cricket SA’s Social Justice and Nation Building project has heard allegations of racism in previous Proteas teams. The team must be seen to deal with this history and fix the perception that black players have been discriminated against.

No. The gesture has become so mainstream that it risks being meaningless. It’s no longer a statement of rebellion against injustice; it’s a statement of conformity. There is no reason any more to believe that someone who takes the knee is genuinely opposed to racism.

Should the team be role players on this issue?

Yes. Playing for your national team comes with responsibilities. You are a role model for young people across the country. It’s not enough to be a good cricketer; players must represent the core values that the team stands for, such as taking a stance against racism.

No. While national sportsmen do act as role models, we can’t expect them to represent our political views or share all our values. They’re individuals with their own minds. In any case, they are not admired for their political views, but for their skills on the field.

Was the timing right?

Yes. This issue has been brewing for months. It’s a pity that it came to a head during the World Cup but De Kock has consistently refused to abide by a legitimate management request.

No. To compel De Kock shortly before a high-profile game to take a position he isn’t comfortable with was irresponsible of Cricket SA. It has caused disunity, anger and conflict amidst the type of event that usually brings South Africans together, even if only fleetingly, across the racial divide.

What are your views? Please write a letter telling us what you think. We’ll publish well-crafted letters that use polite language.