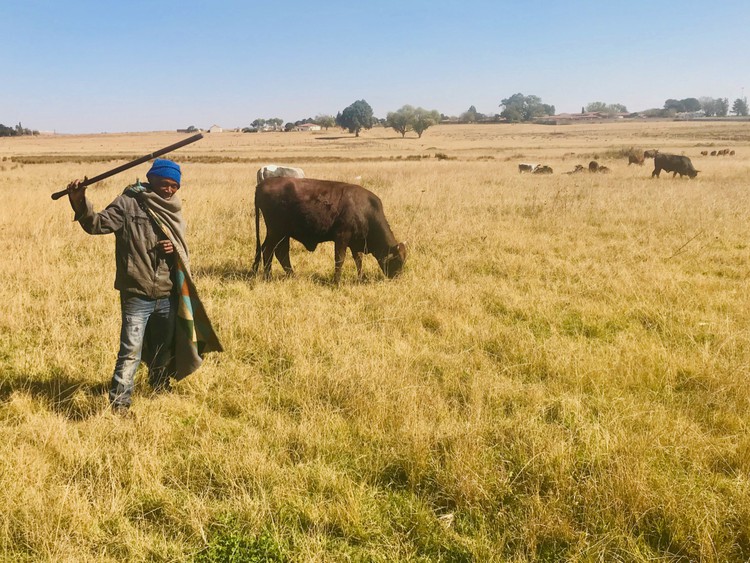 The Land Claims Court, sitting in Randburg, has given a broader interpretation of the Extension of Security and Tenure Act (ESTA), holding that ESTA occupiers also have rights to graze their livestock.

Previously, courts in South Africa, including the Supreme Court of Appeal (SCA), held that the Act was for housing rights, and that grazing was only permitted with the consent, tacit or otherwise, of the landowner.

But Judge Susannah Cowen, in a ruling handed down earlier this month, said the Act demands a more generous interpretation.

“It will frequently be the case, at least in cattle grazing country, as in this case, that the use of the land for grazing will be linked to a right of residence in terms of ESTA.

“If an occupier is deprived against his or her will of the right to use grazing linked to such right of residence, it will amount to an eviction and, in turn, it will be subject to the protections of ESTA,” said Judge Cowen.

“The interpretation I set out above better serves the remedial purpose of ESTA, including its protection of security of tenure and the right to dignity than an interpretation that seeks wholly to disaggregate rights to graze cattle from ESTA occupation rights.”

Judge Cowen found that, in any event, the occupiers had “tacit consent” because the farm owners had taken four years to approach the court to remove the cattle.

In the matter before her, the Moladora Trust, which owns a farm in North West Province, brought an application against the children of Meriam Mereki, a former farm employee who died on an unspecified date “before 2017”.

The trust accepted that the family were occupiers in terms of ESTA, but said their rights of occupation were only for residential or housing purposes and that they had never sought nor obtained consent to graze cattle on the farm.

The trust served “eviction notices”, demanding the removal of the cattle in 2018 and in 2020.

The Sheriff, however, said the notices could not be served because the occupiers were aggressive and “extremely violent”.

Judge Cowen said she was required to consider whether security of tenure protected by the Constitution and ESTA included the right to graze cattle.

The Constitutional Court has yet to pronounce on the issue, she noted.

However, the SCA had determined that occupiers’ rights to grazing do not derive from ESTA, “but are personal in nature and derive from consent” because such a right would intrude upon the common law rights of a farm owner.

But, said Judge Cowen, the eviction provisions in ESTA defined evict to mean “to deprive a person against his or her will of residence on land or the use of land or access to water”.

“This definition clearly indicates that the ambit is not restricted to deprivation of residence on land, but includes the use of land which is linked to the right of residence,” she said.

Judge Cowen said this interpretation balanced the rights of an owner or person in charge with those of an occupier.

“ESTA protections are designed to ensure balance between those rights. The generous interpretation gives fuller protection to other rights such as the right to participate in the cultural life of one’s choice. And to enjoy one’s culture and maintain cultural associations with other members of a cultural community.

“It recognises the dignity of ESTA occupiers, whose lives and livelihoods will, at times, be bound with their cattle holdings.”

The Trust had argued that on the death of Mereki, the right to graze cattle had terminated. But Judge Cowen said on the Trust’s own version there could not be no real doubt that the occupiers had tacit consent to keep and graze cattle, given that it had not taken any real action against them for four years.

She said this conclusion was also reached by applying ESTA, which presumes that a person who has continuously and openly resided on land for a year has consent to do so.

“This cannot be interpreted narrowly to apply only to a consent to being housed, but must include a consent to use the land. This generous interpretation gives effect to ESTA’s remedial purposes and acknowledges that, at least in cattle grazing areas, there will often be a connection between land and cattle possession.

“A narrow interpretation would reflect the ‘blinkered peering’ that the Constitutional Court tells us to avoid and would ignore the grid of related provisions in ESTA,” said Judge Cowen.

“On these facts, the occupiers have not only openly resided on the farm but had used the land for purposes of grazing their cattle. It is then presumed that they had consent to do so.

“I conclude that respondents had consent to graze cattle on the farm and there was a tacit agreement with the trust to that effect,” Judge Cowen said, dismissing the application.