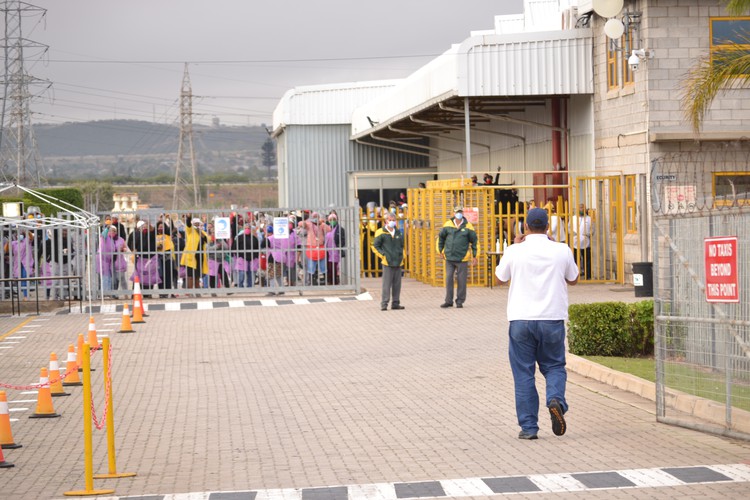 About 100 workers at Kromberg & Schubert in Uitenhage downed tools on Thursday morning after a female worker tested positive for Covid-19.

The company produces wiring and plastic parts for vehicles.

The worker who tested positive was sent home for isolation immediately after receiving her results on Wednesday. The workers then demanded that the factory be deep cleaned and wanted those who had been in contact with her to be tested.

The company’s alleged inaction prompted hundreds of staff to picket inside the gates of the production plant instead of reporting for duty on Thursday. When GroundUp arrived, workers were shouting: “All they want is profit and nothing else” and “They don’t care about us”.

National Union of Metal Workers of South Africa (NUMSA) shop steward Thando Kosani said that the worker with Covid-19 had taken a taxi to work that morning and interacted with several people by the time she had clocked in. “She came into contact with everybody. The management has to do something about this.”

At the company, GroundUp spoke to a man who identified himself as Chauke Piet, the health and safety officer. When asked to comment on the protest by workers, he said: “The company is only obliged to report to workers and the government. As far as the media is concerned, we don’t have to clarify anything in the media.”

At the time of publication, NUMSA representatives were still in a meeting with management while workers continued their strike.

Previous:  Life in a shack when you’re in a wheelchair