“We’ve ensured that nobody goes without food”

The families who moved into Woodstock Hospital in Cape Town in a housing protest in March 2017, have faced many challenges during their three years of occupation. But the Covid-19 pandemic and the extended lockdown could be the biggest one yet.

The former hospital, now named Cissie Gool House, is home to several hundred people, many of whom are elderly and children.

One of the hardest things to control is “the movement of people in and out of the occupation”, said Bevil Lucas, a resident and one of the leaders of the occupation. Currently no visitors are allowed inside, but people are able to leave when signing a register. “It’s a very uncomfortable situation,” he said. Lucas said that though residents might say they are going to the supermarket or pharmacy, “we do not always know where they are going for sure”.

“The potential risk is quite high,” he said.

Because of Covid-19, residents have instituted infection control protocols such as mandatory hand washing, and large meetings have been banned.

Lucas said that most people have been abiding by the lockdown rules, but there are a few who have been “difficult”. “They have the opinion that we are restricting their freedom of movement. We’ve had to help them understand why these limitations are in place,” he said.

Lucas, who is a qualified chef, has been preparing meals for everyone in the building. With the help of volunteers, soups, biryanis and stews are made with produce donated by organisations and individuals. The Salt River Youth Forum has been donating soup or a hot meal in the late afternoon every day. 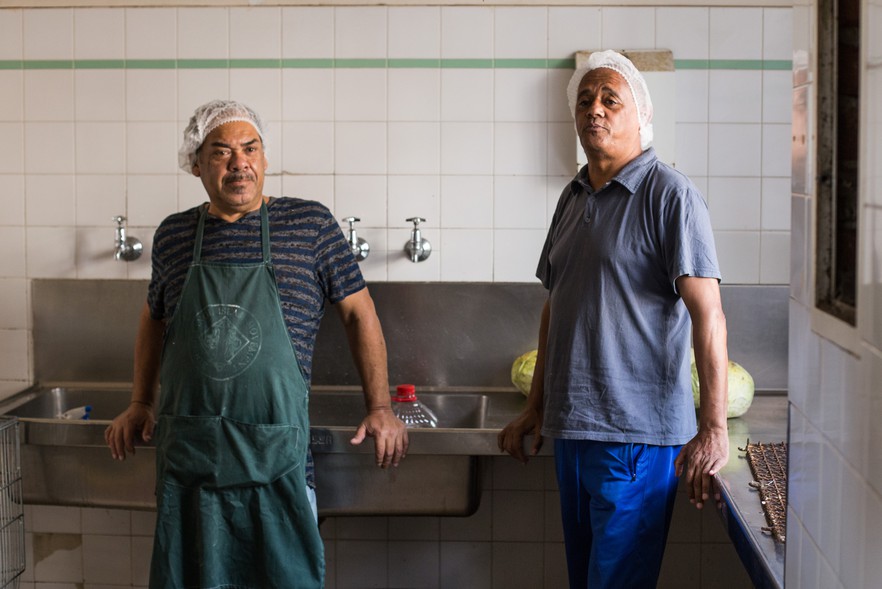 Residents Bevil Lucas (right) and Nazeem Rakiep run the kitchen and cook daily for the occupation. Food is also donated by the Salt River Youth Forum and numerous other people and organisations. If available, vegetables sometimes come from the house garden. Lucas said that they felt lucky to have a fully working kitchen, but they do need a “coke” type fridge to help keep produce fresh.

Lucas said that people are fortunate here as they eat at least twice a day. “We’ve ensured that nobody goes without any food. When people go down to the supermarkets, it’s for personal choice.”

“There is no logic to going out everyday to the supermarket when meals are being prepared,” he said. He said some residents had been detained and fined by police for not being able to explain their movement.

An issue is domestic and gender-based violence during the lockdown. Lucas said that many people were frustrated, and there had been “a number of situations with violence”. But the leadership had been able to intervene and manage it, he said.

Quintin Moos has been part of the occupation since the beginning. He lives with his wife, three children and brother-in-law. The youngest child is eight and the oldest is 18, and for them, the lockdown has been especially difficult. “We have to keep them busy all the time,” he said. Moos said that children keep themselves occupied with movies, playing and the educational SABC programs for learners. 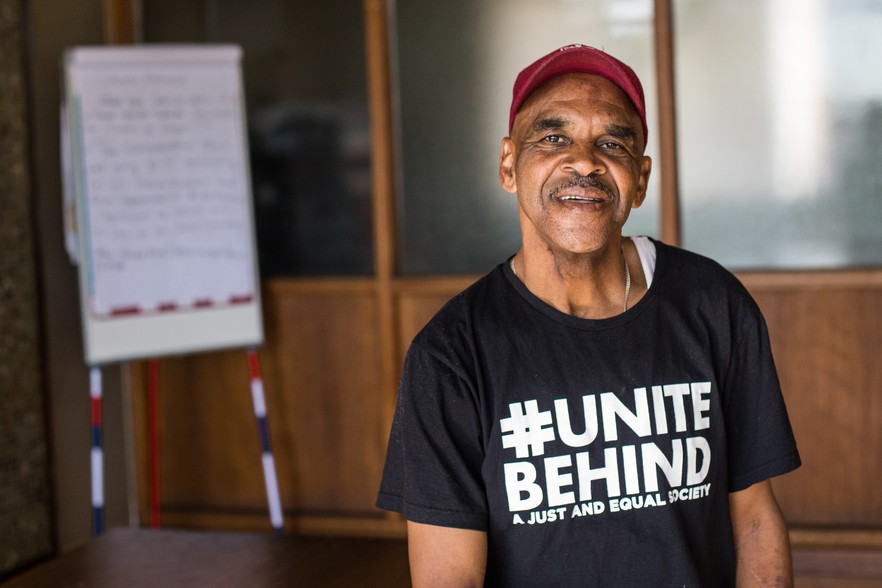 Quintin Moos is staying in the hospital with his wife, three children and brother-in-law. He said that it’s difficult keeping his children occupied and would like parks to be opened for them to play in.

Before the pandemic, Moos was doing maintenance work. Unable to work and with the lockdown in full effect he has only been receiving half his wages, and that will end after May. Moos said that it has already been difficult surviving off half wages, so once the money dries up, he is unsure of what he’ll do.

He thinks people should be given more time for exercise in the morning. He would also like to see children being allowed to play in parks.

Denver Arendse is living alone with his 11-year-old daughter. He said that “it’s hectic” having the school closed and her at home all the time. In the lockdown, “I do not allow her to play outside,” he said. Arendse has been criticised by some residents for this, but “I didn’t make these rules. It’s a national disaster” he said.

He says in any case she chooses to stay inside and she has a friend who visits her to watch movies. He says she is occupied with homework that her school has made available online.

He finds the way the government is handling the lockdown “unacceptable”. The current regulations don’t work for people living in small spaces like shacks and on the Cape Flats. “What about people with three or four kids in that little space?”

He would also like to see the army assist with temporary shelters and food distribution. “The army is there to defend the country and its people,” he said.

Before the lockdown, Arendse was doing court monitoring and funding work for activist housing group Reclaim the City. But he too is now unemployed.

To date, there have not been confirmed Covid-19 cases in the occupation but Lucas is worried as there are a lot of elderly people in the building. 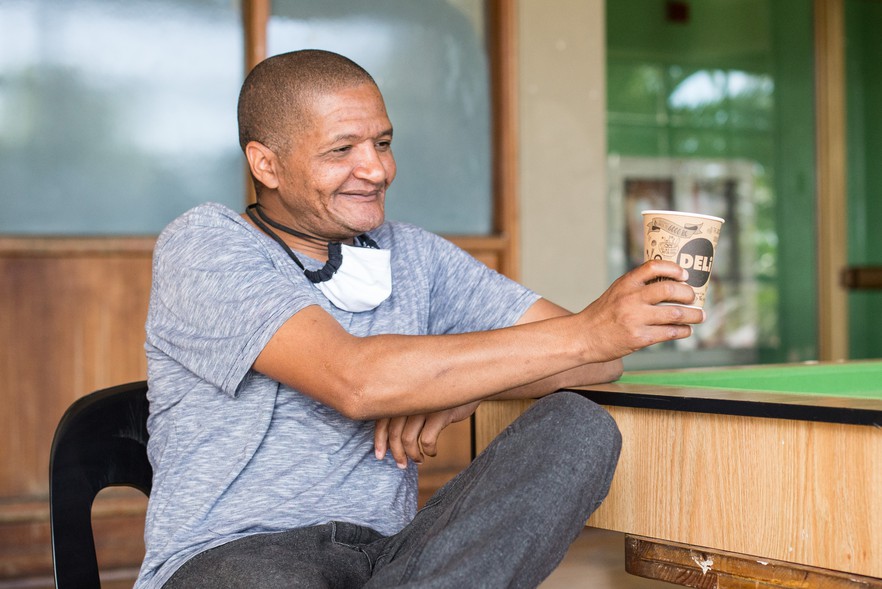 Denver Arendse is living with his 11-year-old daughter and is a single parent. He believes that the way the government is handling the lockdown is “unacceptable” and would like to see the army play a role in food distribution and making temporary shelters for homeless people.