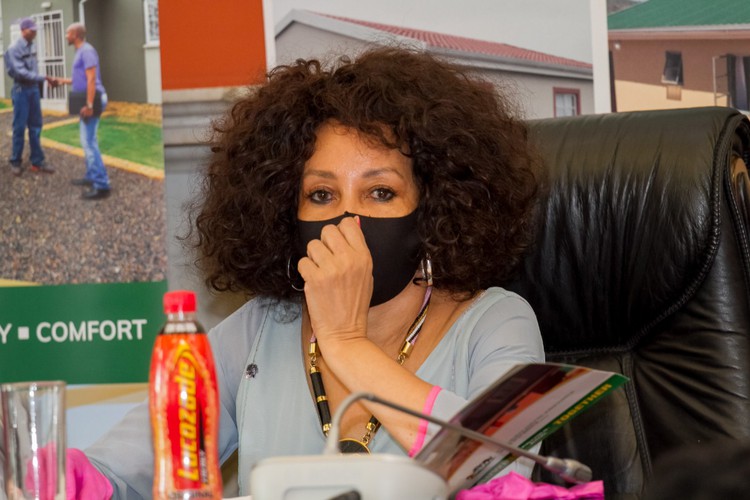 Human Settlements Minister Lindiwe Sisulu has failed to deliver on a commitment to allocate R600 million towards rent relief for tenants and landlords facing “financial distress” due to the Covid-19 pandemic.

When asked about the funds this week, Sisulu’s spokesperson denied that she had made the promise but rather that she was merely “detailing plans” when she mentioned the relief during her budget vote speech in July 2020.

Now eight months later, with little to no support for tenants who lost incomes and landlords who solely relied on rent, civil society organisations have started a petition, calling on Minister Sisulu to explain who will qualify and how the R600 million will be allocated, among other things.

During her department’s budget speech on its Covid-19 relief measures, Sisulu announced that the relief would be for tenants in affordable housing who were struggling to “meet their monthly rent obligations” and facing financial distress.

Sisulu also said that details of the rent relief would be published within 30 days of her address.

But after months of no funds or details on the rent relief being released, 28 organisations and affected tenants joined the petition with over 600 online signatures to date after starting about a week ago.

Some of the organisations endorsing the action include the Social Justice Coalition, Abahlali baseMjondolo, Reclaim the City, Women’s Legal Centre, and Legal Resources Centre. The petition has been signed by about 600 people at the time of writing.

The petition demands that the housing department publish a document describing who the rental relief will be allocated to, when this will take place, and also to keep the public informed on the progress of the relief.

In November last year, Sisulu responded to a parliamentary question about the R600m. She said that while the department remained committed to providing support for both low-income tenants and landlords, no funds had been used or allocated by this date. She added that the funds will benefit tenants in both the unsubsidised and state subsidised rental sectors.

Sisulu said in the response that a detailed policy framework for the Rent Relief Scheme was being developed by the department.

This week, Sisulu’s spokesperson, Steve Motale, told GroundUp that during the budget vote, Sisulu “did not promise” but was merely detailing plans to submit to the Treasury and National Command Council.

“The matter is currently a parliamentary process. Once finalised, the public will be informed accordingly,” said Motale.

In a statement, Ndifuna Ukwazi said, “Many people who have lost their incomes and livelihoods or have had their incomes diminished, are facing the threat of losing their homes and are experiencing unprecedented rates of hunger.”

The statement also said that the support for landlords and tenants is necessary so that they’re not “overladen with housing-related debt as a result of financial and economic circumstances created by the pandemic”.

What exactly the minister said

This is a direct quote from Sisulu’s speech dated 21 July 2020, in which she listed her department’s budget priorities:

“1.3 Rental relief to tenants in affordable rental housing who face financial distress due to Covid-19 pandemic. This rental relief is solely aimed at assisting tenants in formal affordable rental housing to meet their monthly rent obligations. Of course, means testing will form part of necessary criteria to determine those who can be assisted. R600 million is allocated for this purpose. Details of this Rent Relief for Tenants in Affordable Rental Housing will be published in the next 30 days.”

Previous:  Municipalities are creating arbitrary requirements for “permission” to protest