Must government provide flush toilets to informal settlements? A court case may answer this 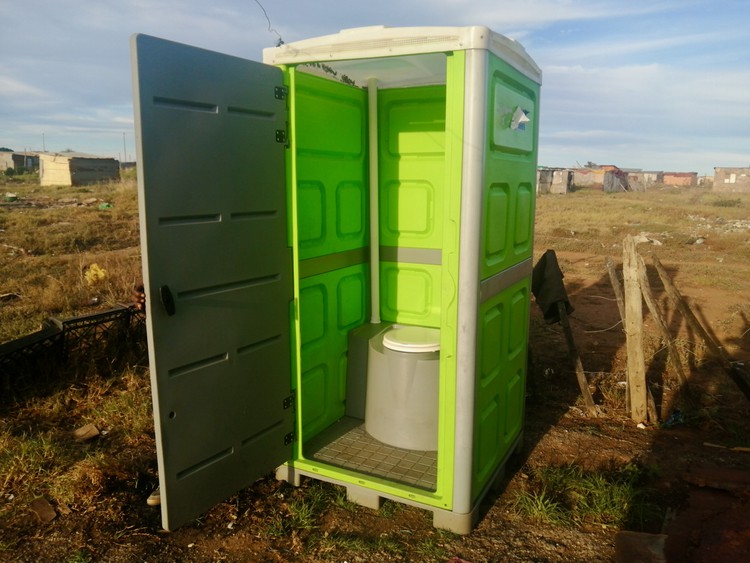 People living in Langaville informal settlement say they are still using “inhumane” chemical toilets, almost ten years after a court directed the local municipality to instal them, as a “temporary solution”.

Some of these residents, who have lived with their families for 30 years, want a judge to order the Ekurhuleni Metro to uphold their constitutional right to basic sanitation.

The residents have filed an application with the Johannesburg High Court. They want the continued provision of temporary chemical toilets to be declared unconstitutional. They want the court to order that the toilets be removed and replaced with permanent flushing ones.

The applicants are Makhosini Nhlapo, Agnes Khoza and Mapule Moagi, represented by the Centre for Applied Legal Studies (CALS). They say they are in a catch-22 situation. Their stands are zoned for community use. Until they are rezoned residential, the municipality will not provide proper toilets, and the municipality says it has no intention of rezoning the stands.

Nhlapo, in his affidavit, says the application concerns the fundamental right to have access to adequate housing and basic sanitation. He said Langaville has been in existence for three decades and they were among the first residents. Some parts have been formalised and upgraded and shacks now sit between formal RDP houses.

“Initially we had self-dug pit latrines,” said Nhlapo. “This culminated in litigation in 2011, in which the court ordered the municipality to provide residents with interim basic sanitation.”

He said it was always intended to be a temporary measure, and in a recent strategic development plan, the municipality recorded that it provides the chemical toilets as an interim service, while proper sanitation is delivered parallel to this.

“But it is evident that this is not interim. Nearly a decade after the chemical toilets were introduced, it is apparent that what was intended to be an interim sanitation service is now permanent.

“It has recently come to our attention that the municipality has issued and awarded a tender for the provision of the toilets for another three years,” said Nhlapo.

Residents had repeatedly pointed out that they risk their safety using the toilets positioned out on the streets without lighting. They also cannot be locked.

Used by multiple households, they are hard to keep clean and they are not cleaned according to the schedule. “They are filthy, smell, and are a petri dish for disease,” the applicants said.

Some residents have now resorted to using their old pit latrines. Others had taken it upon themselves to fence in those toilets close to them to stop others from using them.

“We will permanently remain in limbo without access to adequate housing and basic services,” said Nhlapo. “It is a gross violation of our constitutional rights. We have no other option but to approach the court to compel the municipality to fulfil its obligation to us.”

The municipality has filed a notice of its intention to oppose the application.