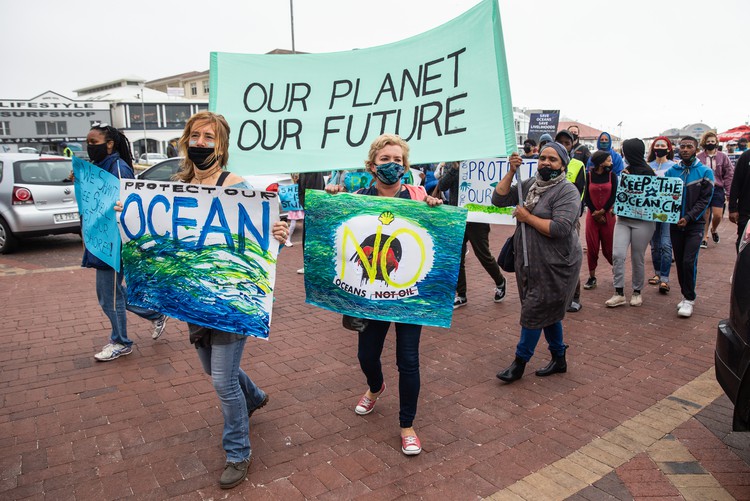 The High Court in Gqeberha will today [Monday] hear arguments in an application by environmental groups, local communities and small-scale fishers to review and set aside the decision by the Department of Mineral Resources and Energy to award a seismic exploration right to Shell.

In late 2021, the seismic study to explore for oil and gas over 6,000km2 off the Wild Coast was stopped. This followed a court interdict secured by Sustaining the Wild Coast, local community representatives and All Rise Attorneys for Climate and the Environment, pending the outcome of the review application.

The survey involves the discharge of pressured air from air guns which generate sound waves.

Those opposed to the survey say it will have a massive impact on marine life - an opinion supported by ten experts whose affidavits were included in the interdict application. The groups also claim that they were not properly consulted about the survey which impacts customary rights, the relationship with their ancestors and the sea, and their livelihoods, particularly for traditional fishers.

Central to their argument is that Shell did not have proper authorisation under the National Environmental Management Act (NEMA). An earlier interdict application by Natural Justice and Greenpeace Africa was however unsuccessful. The judge in that matter ruled that submissions regarding the impact on the environment and marine life were “speculative at best” because there was no expert evidence before him.

Now Natural Justice and Greenpeace Africa have applied to join the review application. Natural Justice’s Katherine Robinson said this was because of the similarities between the two court cases.

The applicants argue that the survey, without environmental authorisation, is unlawful in terms of the Mineral and Petroleum Resources Development Act (MPRDA) and NEMA. Shell on the other hand refutes this, saying it had obtained environmental approval through its submission of an Environmental Management Programme (EMPr) in 2014 and a revised one submitted in 2020.

But the applicants claim that the EMPr is outdated and fails to address the harm to the environment and impact of the survey on community rights, ignoring issues such as cultural, spiritual, or heritage associations to the ocean.

Shell argues that it consulted widely with all affected communities along the coastline, including meeting with local traditional leaders. The applicants say this did not go far enough and that traditional leaders do not represent all people affected by the seismic survey.

Shell and the Minister of Minerals and Energy said that the Department of Mineral Resources and Energy was not required to notify anyone that it had granted the exploration right in 2014, notwithstanding that hundreds of ordinary South Africans registered as “interested and affected parties” during the 2013 consultation process.

Robinson said that if successful, Shell and Impact Africa (the original holder of the right) would be barred from undertaking seismic surveys under the exploration right granted in 2014 which was renewed in 2017 and 2021. “The applicants also seek a declaration that an EMPr under the Mineral and Petroleum Resources Development Act is not equivalent to an environmental authorisation under NEMA.”

Robinson said this would ensure that any future seismic testing abides by the law, including adequate public participation, need and desirability assessments and environmental impact assessments.

Next:  Refugees are camping outside the UN offices in Pretoria. Here’s why