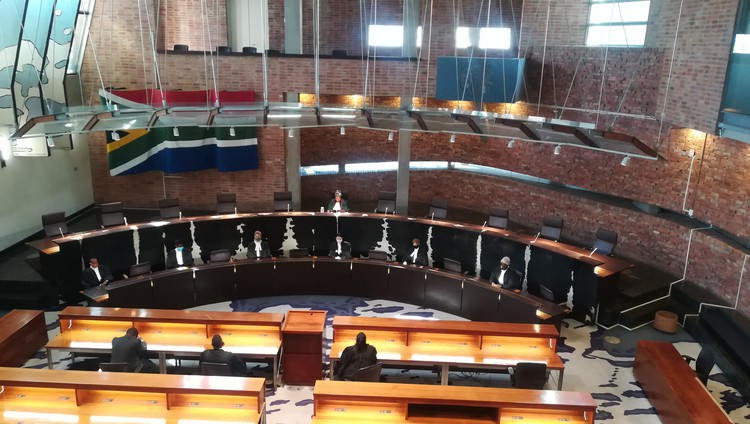 The Constitutional Court on Tuesday ruled that the Department of Transport’s Road Traffic Management Corporation (RTMC) should insource about 66 employees of Tasima Pty (Ltd).

The workers have not been paid salaries since December 2018.

Tasima is a private company hired by RTMC in 2001 to build a traffic information system. The electronic National Traffic Information System (eNaTIS) built by Tasima is the department’s official register for vehicles, driving licenses, contravention and accident data.

Tasima’s contract with RTMC was initially for five-years, but according to RTMC, Tasima “clung onto the contract” and made about R2.5 billion. The contract was meant to cost R335 million, according to court papers.

In 2016, the Constitutional Court ordered Tasima to hand over eNaTIS and related services to RTMC. Tasima subsequently approached the labour court to get RTMC to absorb its employees, using section 197 of the Labour Relations Act.

Tasima said eNaTIS was its only business and the transfer of eNaTIS left Tasima employees without work and salaries.

Section 197 states that an automatic transfer of employment contracts from one employer to another takes place when the whole or part of any business, trade, undertaking or service is transferred as a going concern. A going concern is tested by comparing the business before and after the transfer.

Tasima and RTMC agreed that eNaTIS services stayed the same after the transfer.

RTMC argued that according to the initial agreement with Tasima, an end product, which was eNaTIS, was to be handed over to RTMC at the end of the contract and no employees would be transferred. It argued that the delivery of a product does not constitute the transfer of a business as stated in section 197.

On Tuesday, Justice Leona Theron upheld the previous Labour Court and Labour Appeal Court judgments which stated that section 197 of the Labour Relations Act was applicable in this case.

“What the employees were doing the day before the transfer continued to be done the day after, subject only now to RTMC’s management and oversight. It follows that for the purposes of section 197, Tasima’s business was transferred to the RTMC,” read the judgment.

Theron said that the Constitutional Court in 2016 had ordered the transfer of eNaTIS and its related services as it stood and not as it was imagined in the initial contract.

“There is no dispute in this matter that, when the RTMC took over Tasima’s business, it assumed full control of the premises from which Tasima had operated the eNaTIS, as well as the operational system and the extensive infrastructure installed,” read the judgment.

Theron said there was an understanding that the whole system would be handed over to RTCM, including its operation, management, support and maintenance of the system.

“What was transferred from Tasima to RTMC was not merely a product but a running business.”

Next:  Farm worker’s housing case in court this week