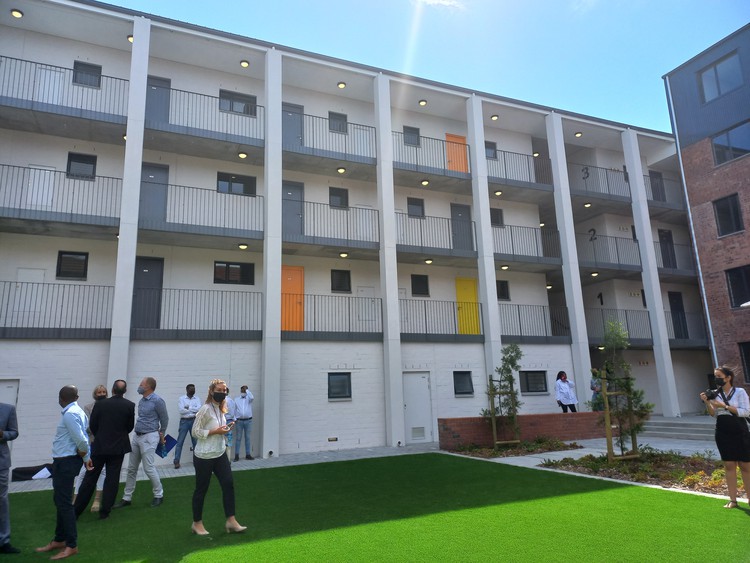 “It’s like a dream come true,” says mother and chef Candice Moyo-Zizo as she was handed the keys to her apartment at the newly built Conradie Park social housing project near Pinelands, Cape Town.

Moyo-Zizo was one of the tenants selected to occupy the first 66 available units at the housing project, lauded by local housing officials as the first of its kind in the city.

On Friday, City of Cape Town’s Mayoral Committee Member for Human Settlements Malusi Booi joined several dignitaries including provincial Transport MEC Daylin Mitchell, Human Settlements MEC Tertius Simmers, and Western Cape Premier Alan Winde for the launch of the first 432 completed units. The remainder of the completed units are to be handed over to tenants by April 2022.

The site which is between Thornton and Pinelands was identified as one of seven suitable locations for the Western Cape government’s Better Living Model. This project hopes to create more than 3,000 mixed-use, mixed-income homes close to the city centre.

For tenants like Moyo-Zizo, living closer to places of employment and other essential services like healthcare is a game changer. Moyo-Zizo moved with her family from Brooklyn where they had been sharing a six-roomed home with several other families for the last eight years.

At Conradie Park, she has moved into an open plan one-bedroom unit with her husband and seven-year-old daughter. “I didn’t like the set-up [of the home in Brooklyn], especially for my child. When you’re sharing with so many people, your child cannot grow up in such an environment,” said Moyo-Zizo. 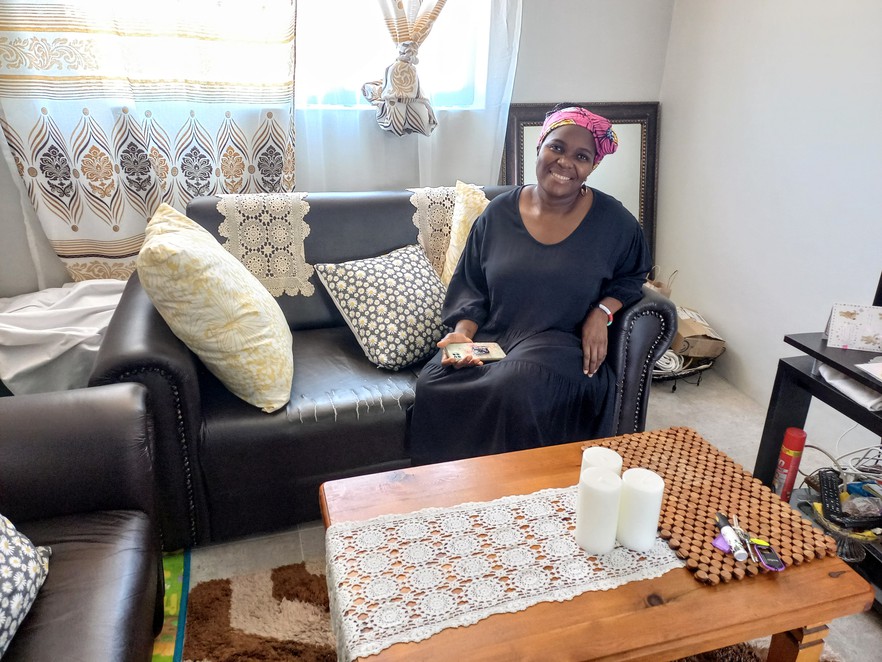 Candice Moyo-Zizo and her family are among the first few tenants who moved into the new social housing units of the mixed-use, mixed-income housing development close to the city centre.

Another tenant, Sandra Day from District Six said she has not had a fixed place to live with her daughter for years until she came across an article posted to Facebook about the development.

“I opened the housing website and emailed the department for an application. They responded saying that applications would be open from 1 October 2021. I applied, and here I am now,” she said. Day said she will be commuting to work in Goodwood by Uber due to safety concerns of having to walk to the bus station and taxi rank over the bridge.

There are more than 588,000 people on the housing waiting list in the province, of which 61% are qualifying beneficiaries within the metro, he said. “It’s clear to see how big the demand for housing is in the province, but more so in Cape Town,” said Simmers.

At Conradie, about 49% of the residential development will be allocated to grant-funded housing, consisting of social housing, FLISP (Finance Linked Individual Subsidy Programme) housing and rent-to-buy units. The remaining 51% will be available to the open market.

Meanwhile, housing activist organisation Ndifuna Ukwazi (NU) in a statement welcomed the new housing development but warned that the provincial government still had “a long way to go” to have a meaningful impact on spatial inequality.

In July 2017, the City announced that 11 pieces of public land in and near the inner city like Woodstock and Salt River would be used to develop social and transitional housing. Since then only the Pickwick Road Transitional Housing development – offering temporary housing to nineteen families – has been completed.

“We remain concerned about the slow pace of delivery of various forms of affordable and social housing. The impact of the pandemic has deepened spatial inequality and refocused the need for shelter and affordable housing for families.

“There is an urgent need for the Province to prioritise housing, particularly in well-located areas and economic centres,” NU said.