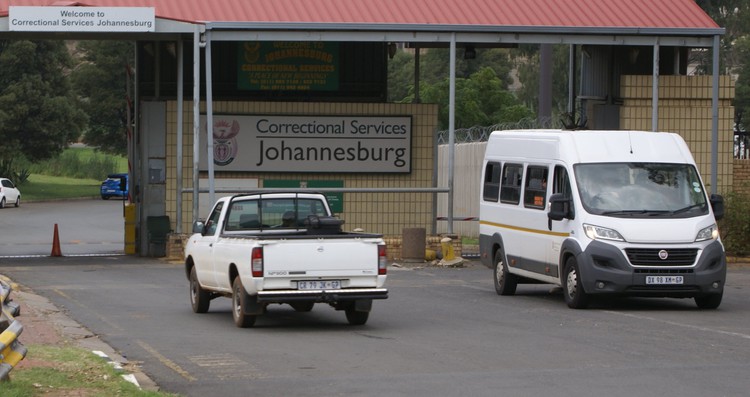 Parliament has 24 months to amend a law which fails to give the Judicial Inspectorate of Prisons sufficient independence from the Department of Justice. Archive photo: Ciaran Ryan

The Constitutional Court has confirmed, in part, that the law affecting the independence of the Judicial Inspectorate for Correctional Services falls foul of the Constitution.

However, the majority of judges stopped short of declaring unconstitutional, a provision which gives the National Commissioner of Correctional Services — who is located in the Department of Justice — ultimate control over disciplinary issues involving the Inspectorate’s Chief Executive Officer.

The matter came before the Constitutional Court after activist organisation Sonke Gender Justice brought a successful application in the Western Cape High Court last year in which Judge Nolwazi Boqwana ruled that provisions of the Act “fall well beneath the standard of independence required for the inspectorate to function so as to give effect to the rights enshrined in the bill of rights regarding inmates and their right to human dignity”.

In the court’s majority ruling, Judge Leona Theron (with five judges concurring) said while the Bill of Rights granted every detained person the right to life and dignity, “any person who has stepped into a correctional centre will know that in many respects, the treatment of inmates and conditions fall far short of this”.

“But who guards the guards? The state has entrusted this important task to the Judicial Inspectorate,” Judge Theron said.

The issue, as argued by Sonke, was that as the law stood, the Inspectorate’s budget was under the control of the department, the very entity it was mandated to oversee.

It also granted the department (the National Commissioner) disciplinary power over the CEO, making him or her vulnerable to political interference.

Judge Theron said the Act, which gave birth to the Inspectorate, was the product of significant legislative reform in the correctional justice sector and created a “modern, internationally acceptable correctional system, designed within the framework of the Constitution”.

Under apartheid, imprisonment was wielded as a tool for social and political control and the previous act drastically restricted oversight and media coverage of prisons.

“To recall the atrocities that occurred within (those) walls, is to be reminded of the jarring barbarity of those who were given unchecked authority over vulnerable, incarcerated people. Many were political activists who, as a result of their opposition to the apartheid system, were plucked from society, hidden from national and international gaze and plunged into the horrifying darkness of human cruelty.”

Judge Theron said that while South Africa had stepped away from the darkness of the past, correctional centres remained breeding grounds for autocracy and human rights abuses.

Theron said the department’s control of the Judicial Inspectorate’s funding could negatively affect its functioning. This was evident from complaints raised as long ago as 2011, that it had serious operational challenges when the department imposed, or attempted to impose, internal financial and administrative policies.

It reported that it was in an “incessant battle” with the department for resources such as staff, IT systems and infrastructure. This impacted on its independence and had to change, the majority said.

The judges declined to confirm the invalidity of the provision which held that the CEO, in misconduct or incapacity matters, is accountable to the National Commissioner.

The judges said this process was governed by the Inspecting Judge and only after due process would any decision be referred to the National Commissioner as “an administrative step”.

Acting Judge Margaret Victor disagreed with this ruling, saying that her “disquiet arises from the symbolic and substantive perception that the CEO is ultimately responsible to the National Commissioner and subject to his or her disciplinary control”.

“This offends the Constitution if the true purpose of the Act is to be achieved,” she said.

Judges Chris Jafta and Zukisa Tshiqi took the opposite view on both issues and said they would not have confirmed any Constitutional invalidity.

They said the Act built a strong fire-wall around the inspectorate with its head, the Inspecting Judge, appointed by the President from the ranks of sitting and retired judges “which is a strong safeguard for independence”.

“The proposition that placing the budget in the hands of the Department it is meant to oversee is antithetical to its independence, is seductively attractive but it is flawed.

“What determines amounts to be allocated to various organs of states is the financial resources available to government and not what each organ of state requires. If an organ of state ends up obtaining less than what it had estimated, this does not in any way impact its independence,” they said.

Next:  Even my cat can’t fight the huge rats, says Langa resident

Previous:  “We will celebrate Christmas in sewage again”