Community gardeners dig in against attempts to evict them 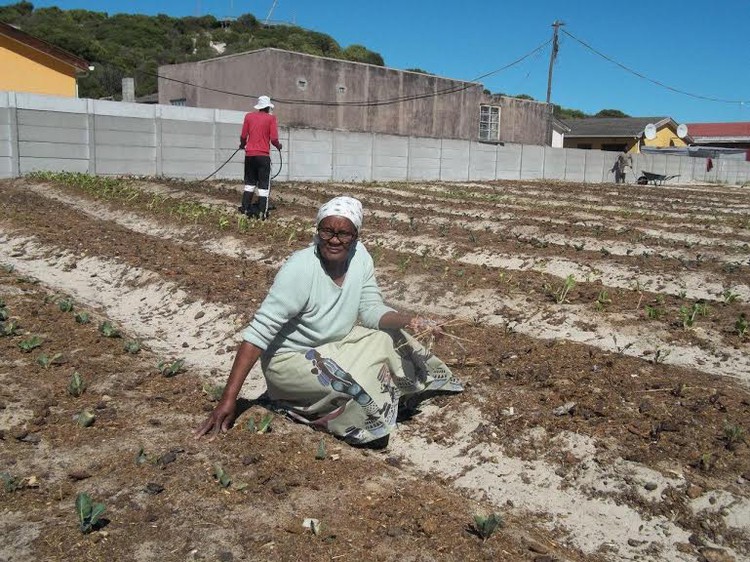 Volunteers are growing vegetables in a new community food garden in Khayelitsha in Cape Town in spite of attempts by the provincial government to evict them to make way for a housing project.

The garden, in Ilitha Park, was started in November last year on provincial government land. Residents raised cash to buy materials to enclose an open field.

Community leader Lwam Bungane said the garden was intended to serve as a source of food and income for unemployed families who battle to survive. “During the hard lockdown, I distributed donated foods to poor families around here and saw how residents battled to find food,” he said.

“Residents who have either been retrenched or fired from work as a result of lockdown will pick veggies from the garden and feed their families,” he said.

“We saw former backyarders occupy the land in other townships and made a decision to put an enclosure around the land to prevent them from settling here,” said Bungane.

He said the residents would sell vegetables from stalls next to the garden. “If the City of Cape Town works with us, we will turn the land into a community business space where unemployed residents sell veggies from the garden, bunny chows, vetkoek and cooked food to sustain themselves,” he said. “Residents won’t have to take taxis to the shopping malls or walk long distances to buy veggies because the community garden is close by.”

Bungane said the Red Ants had come to halt the project several times, but the residents had resumed gardening as soon as they left. “Initially, they said they came to ensure no one put up shacks here. Subsequently, they trampled on our veggies and seized our gardening equipment,” he said.

Spokesperson for the Western Cape Provincial Government Marcellino Martin said the province encouraged community gardens and had rolled out 78 gardens in the Khayelitsha area. But this piece of land, he said, had been reserved for a housing development and the provincial government needed “to protect it against unlawful occupation”.

“If we don’t, this important housing project cannot take place,” he said.

“On 20 January 2021 persons were found to be involved in gardening activities on this particular site. The individuals were asked to vacate, and they refused. The security service provider was dispatched to assist in ensuring the land was secured for this housing purpose which must commence soon,” said Martin.

When GroundUp visited the site, the gardeners were marking out new plots on the land. They grow broccoli, spinach, beetroot and cabbage.

“We want to have more gardening plots so we can plant more veggies to feed the community,” said community gardener Viwe Ncosani. He said he and other volunteers take turns to work on the garden in the mornings and afternoon.

“Companies are closed. We have no jobs, so we have to grow veggies to sustain ourselves.”

Ncosani said the gardeners wanted assistance with shade netting, compost and removal of snails from the garden, and also wanted advice about what to plant when.

Community gardener Nondwebi Kasba said the residents had removed rubbish and bushes from the land before planting vegetables.

“Some residents used to use the land as a rubbish tip where they dumped dead dogs and rotting food, which invited rodents. Now we use the land to benefit the whole community,” she said. Kasba, who is a pensioner, said gardening helped her keep moving.

“I prefer to work the garden than to doze on a sofa and experience stiffness in my legs,” she said.

Next:  A new vaccine is being tested in Cape Town: Here’s why it’s different

Teach a man to fish

I was sitting around feeling sorry for myself when I came across this article. What an inspiration to see people getting out there and doing something to improve their situation! Communities like this light a fire under me to join in and make something for myself and others. You shouldn't just lie down and give up! These people deserve the government's praise – not the treatment they are getting. Shame on those government officials for not wanting these people to have independence!