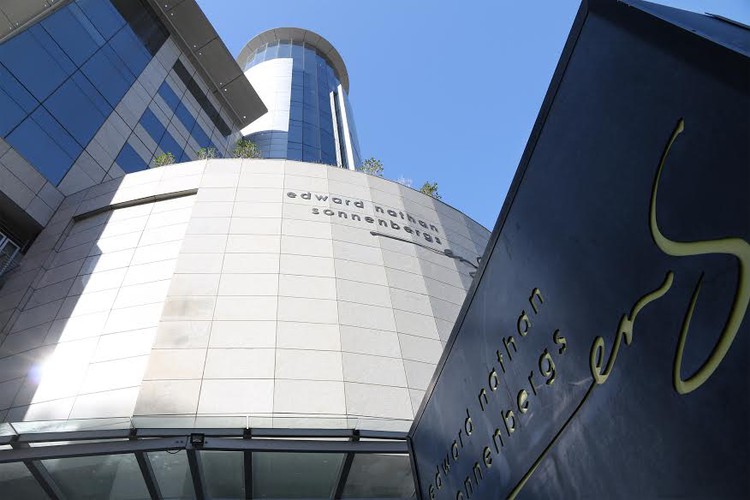 Startling claims of fraudulent and criminal activity by top banks and top lawyers have emerged in a defamation case playing out in the Western Cape High Court.

Leonard Katz, director of Edward Nathan Sonnenbergs (ENS) is suing Noseweek editor Martin Welz and his publishing company Chaucer Publications for defamation. This follows articles in which Welz claimed that top banks Investec and Nedbank had benefited from liquidating their own clients, with the help of Katz, who was dubbed “Lennie the Liquidator”. According to Welz, Katz oversaw the liquidation of more than 30 entities for Investec in the space of weeks in the late 1990s.

Testimony in the case tracks money across the globe, from Zimbabwe and South Africa to the Channel Islands to the British Virgin Islands and back again, with allegations of fraudulent litigation, illegal phone-tapping, and the removal and alteration of court records as the banks appeared to benefit from liquidating their own clients.

Katz is seeking R1 million plus legal costs which are likely to be considerable.

After a break in initial proceedings in February, the case resumed from 29 June to 10 July in virtual hearings due to Covid-19 restrictions.

Katz took exception to the cover of Noseweek’s July 2014 edition, which features a photograph of himself with the heading ‘The Man who stole justice’, and two stories in the edition, including ‘Lenny the Liquidator makes a mockery of the law’. In the pleadings Katz singles out paragraphs such as: “You want what can’t legally be done? Agree to pay Lennie an extra million-or-three and he will pull it off, by hook or by crook”.

The promise of a Cape wine farm

At the centre of the case is testimony by Durban businessman Ian Brakspear linking Nedbank and Katz to a chain of events in the sale of a farm in the heart of the Cape Winelands.

Brakspear claimed that the liquidation at the hands of Katz of his company West Dunes, which owned the farm, was manufactured on the spurious grounds that he owed Nedbank’s international arm, Nedgroup Investments’ Fairburn Private Bank in Jersey, about R7 million.

Brakspear, with his mother and sister, were beneficiaries of the Brakspear Trust which Brakspear claims his father had set up in the Isle of Man to protect the funds from being claimed by the Zimbabwean government. In 2004 the family and the Brakspear Trust trustees agreed to pay him £500,000 (approximately R7 million at the time) to guarantee finance from Rand Merchant Bank (RMB) to buy Klein Normandie, a farm in the Cape Winelands. This would also enable his mother and sister to leave Zimbabwe and live in South Africa.

Under advice from consultants working for Nedbank Private Bank in Jersey, and auditing firm Price Waterhouse Coopers, he then set up a complicated ownership structure for the farm. He paid for the creation of a company called Westley Holdings in the British Virgin Islands. Westley Holdings was to be owned by the Westley Trust set up in Jersey, which was controlled by Brakspear, who nominated a Nedbank official as titular shareholder. These were vehicles to allow funds to flow from Jersey to the British Virgin Islands to buy shares in Moneybox, a South African company owned by Brakspear. Moneybox was the owner of West Dunes, which Brakspear and two partners established as the local company which purchased the Winelands farm. The transfer of the farm to West Dunes took place in July 2004. But plans to rezone and subdivide the land came to nothing, the farm was sold on auction in 2008 for R18 million, and RMB was repaid its money.

As the sale was being finalised, on 19 December 2008, an urgent application to liquidate West Dunes was brought to the High Court in Durban by ENS, acting on behalf of Nedbank. Nedbank argued that the RMB loan had been repaid by Fairburn Private Bank in Jersey (the Nedgroup subsidiary) through the Westley Trust, and should be paid back to Fairburn Bank. But Brakspear claimed that the money was paid to RMB by the Brakspear Trust in the Isle of Man.

Brakspear complained that this was a conflict of interest as Katz was acting for Nedbank against West Dunes, and at the same time as a liquidator who could influence which creditor had a legitimate claim against West Dunes. One of those claimants was Brakspear himself, for the millions it had cost to run the farm for four years, but his claim was denied.

The Durban High Court ruled against Brakspear, and a Supreme Court appeal was also not successful.

When he returned to look for the record of the hearing, he found that Manca’s name had been crossed out and replaced with the names of the lawyers he had appointed. Some time later, he approached the registrar to obtain the court recordings. When she tried to call up the file, it had gone missing.

She called for the book in which all court cases are registered, and found the page to be torn out. She observed it was the only page missing among 20 years of entries, Brakspear said.

After West Dunes was liquidated, Brakspear was sequestrated, as he had stood surety of R3 million for West Dunes. He told the court his wife left him when their belongings were “thrown in the street” and his mother lost her “lovely home” and now lives in “a make-do garage” at his sister’s house in London.

He also argued that Brakspear had agreed to the liquidation of West Dunes.

Manca also focused on whether Welz had been in possession of documents providing alternative views on some of the matters he wrote about (such as Katz’s explanation of why the liquidation hearing was not in the court records). He inferred Welz had ignored these as they did not favour his view of Katz. Manca went into the details of various liquidation judgements in a bid to show that contrary to Welz’s assertions, Katz was acting within the law.

The matter is expected to resume in the Western Cape High Court on 31 August.

Two witnesses in the case have claimed that Investec ordered phone taps on employees.

Called as a witness by Martin Welz, retired SAPS major-general Leonard Knipe said in 1997 he was hired as a private investigator by Laetitia Peyper’s domestic partner after Peyper, who was the division head of Investec’s Metboard division, had been charged with fraud by her employer. Investec had merged with Metboard – a trust company – in 1986.

Knipe said he discovered Peyper’s telephone had been bugged by a person working on behalf of a company called Associated Intelligence Network.

On behalf of Leonard Katz, advocate Brendan Manca objected to parts of Knipe’s testimony relating to the phone tapping as hearsay, and thus not admissible as evidence.

As to what role or knowledge Katz had in the phone tapping, Knipe answered in cross-examination that as far as he knew, Katz was “the attorney of record”.

A second witness, Lesley Haupt, against whom disciplinary charges were laid when he was manager of the Investec division Provincial – formerly Provincial Building Society – also testified his home phone was tapped. Haupt said he was alerted to this by someone who used to work for AIN, and who provided 90-minute tapes of recorded conversations from his home telephone.

But Manca put to Haupt that when he confronted Katz about the tapes, he was seeking financial compensation and effectively seeking to blackmail ENS. Haupt vigorously denied this accusation, saying he was seeking an explanation and apology.

Haupt said Katz had told him if he tried to sue ENS “you will lose even if you win”, implying the matter would be dragged through court so long that the legal fees would exhaust his private resources. Katz then cut all contact with him.

Another witness called by Martin Welz in February was Justin Lewis, who claimed the liquidation of his company Midtown Building Systems had been orchestrated by Leonard Katz in 1999.

Lewis said at the end of 1998 when his company faced a cash flow crisis which was expected to be resolved within three months, a “Mr Gottlieb” at Investec had offered a R100,000 loan to ensure staff salaries could be paid. He said he had received the offer during an unsolicited call from Gottlieb on a Saturday while watching a rugby match with his son.

Just three days later, on the Tuesday, the R100,000 was called in and Lewis was told failure to pay would result in liquidation. After three days of meetings in which relationships turned acrimonious, and liquidation proceeded.

Katz had the liquidation papers ready on the Wednesday, four days after he was offered the R100,000 loan, said Lewis. The liquidation was granted by the court.

Next:  Immigrant shop owners a soft target for criminals