Deluge of rain over weekend leaves shacks and roads waterlogged

Cape Town was hit by a deluge of rain on the weekend. Rainfall figures for October are now well above the long-term average. For example the monthly long-term average for Newlands is 84.8mm, but it is currently at 195mm, with the bulk of that, 112mm, falling on Friday. Dam levels on Monday were 3.3 percentage points up from last week, 82.9% (source: City of Cape Town). Dams can be expected to fill further this week as water runs off the Cape mountains.

Flooding forced some shack dwellers to abandon their shacks in Island informal settlement, Khayelitsha. The two-day downpour left roads and footpaths water-logged. The shacks of residents who could afford to buy gravel and pieces of broken bricks mixed with cement to put down on their floors withstood the water better, according to community leader Nonceba Ndlebe. 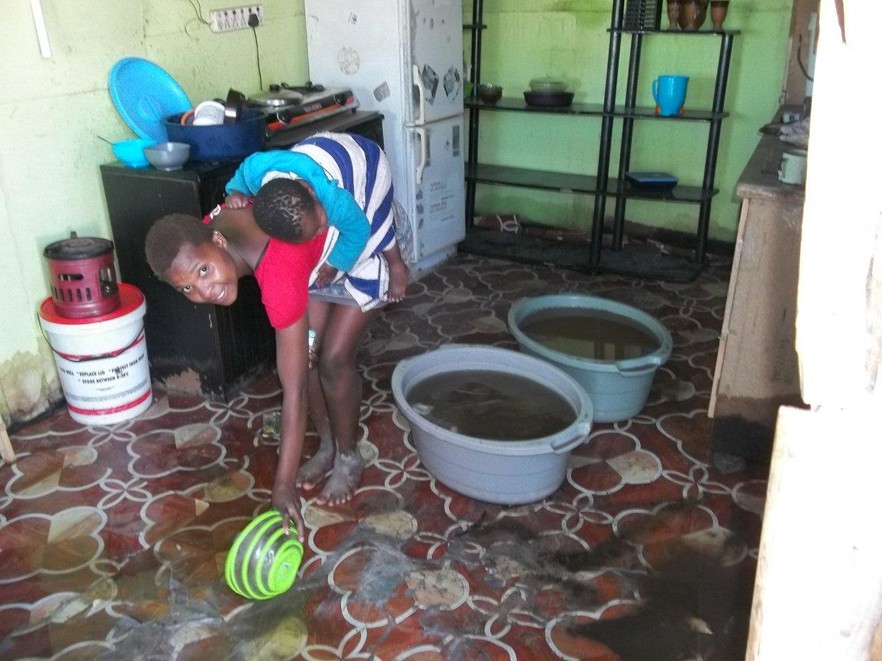 Anathi Manyela, who lives with three young children, said water started seeping out of her floor on Friday afternoon, after the heavy rains started.

“I used dishes to remove water from the floor, but more water continued to stream in and drench it,” she said. “When I settled here last month, I knew the area gets flooded on rainy days but didn’t expect it to be this bad.” 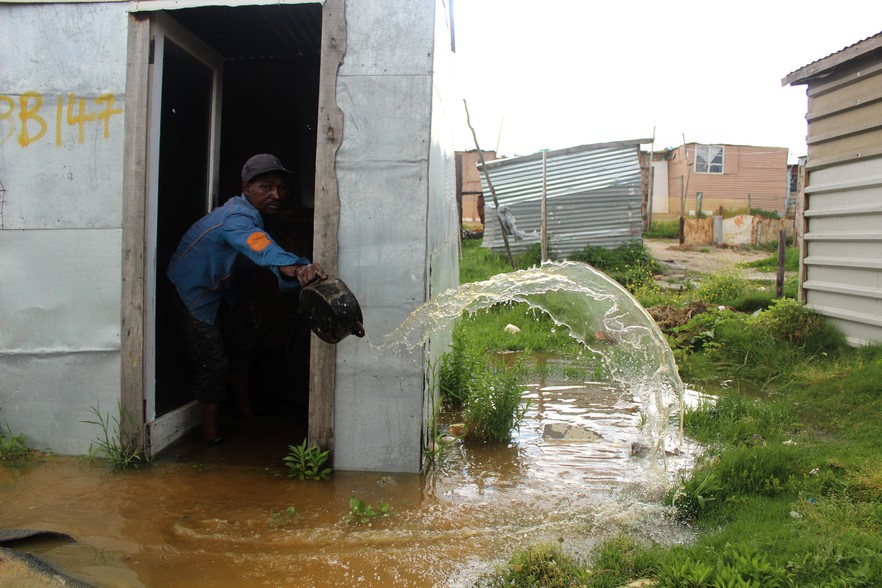 Sisa Nukinakile empties water out of his home.

Residents of Qandu-qandu in Khayelitsha also experienced heavy flooding. Sisa Nukinakile’s shack was flooded on Friday and so he had to move into his brother’s home.

The City of Cape Town released a statement: “Due to heavy rainfall over the last few days, localised flooding was experienced in informal settlements across the city. These areas were assessed by Disaster Risk Management officials and no emergency sheltering was required, except for 240 dwellings in Strong Yard and Constantia, Mfuleni. These dwellings were waterlogged and emergency sheltering was activated at a nearby church. … The Transport Department is clearing the storm-water system to expedite the drainage of floodwater, while the Informal Settlements Department is also busy with assessments and providing residents with flood kits.” 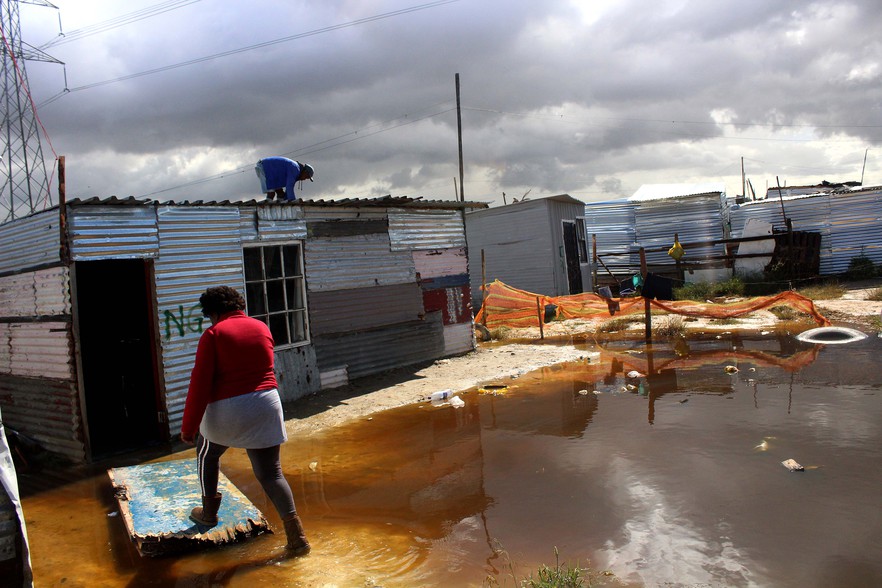 A broken door is placed as a platform to enter a home , while a man mends a leaking roof of a shack in Qandu-qandu.

UPDATE: The City of Cape Town’s statement was added after publication.

Next:  Will Net1 have to pay back the money?