Can you guess the order these photos were taken?

An expensive troubled bridge over water

All three photos are of the same bridge in KwaNobuhle, Uitenhage.

It’s a trick question. The photos are ordered in exactly the time sequence they were taken: 17, 18 and 20 August. The ones on the left and right were taken by Thamsanqa Mbovane and the middle one was supplied to him.

On 20 January GroundUp published a story about the end of a 15-year wait by residents and learners in KwaNobuhle, Uitenhage for a bridge across this river. The previous bridge collapsed in 2005 after heavy rains. 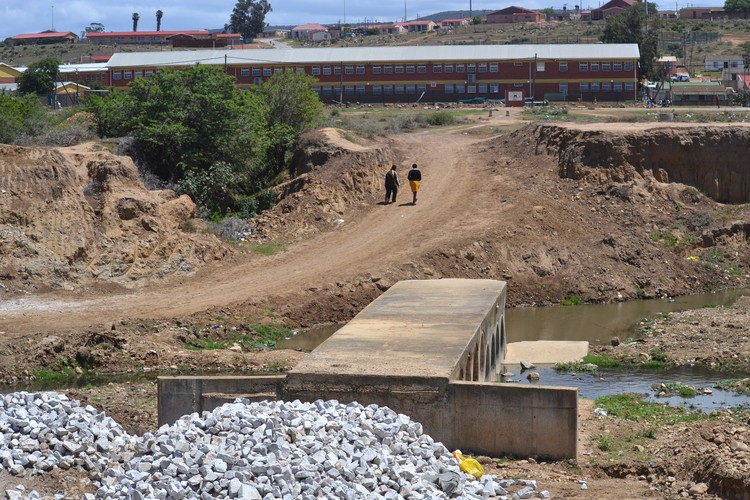 On 18 August we reported that the new bridge had been built, at a cost of R1.6 million according to Nelson Mandela Bay Mayco Member for Roads and Transport Rosie Daaminds. She said the contractors were two local businesses and the bridge was completed during the Covid-19 lockdown.

One resident said: “My RDP house is worth more than this bridge. It is like a stoep.”

Here’s the new bridge as photographed on 17 August (the left photo in the collage at the top of the article). Notice it has no rails. 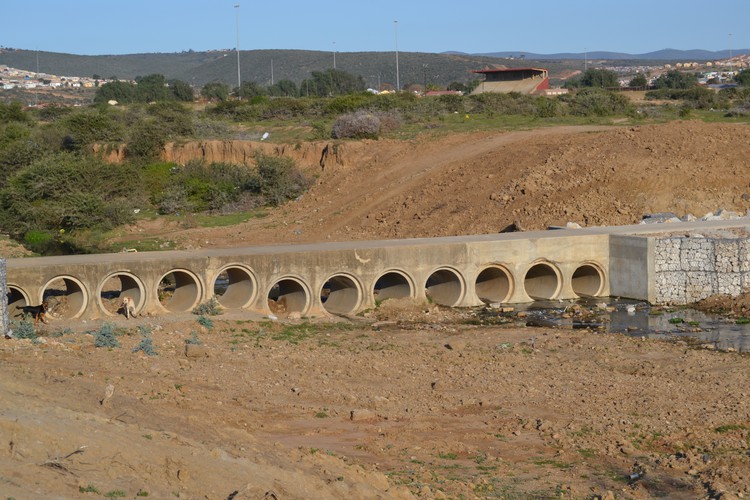 The day we published (18 August), the municipality put up the rails. Professional boxer Nicolus Sigili alerted us to the rails because he crosses the bridge to and from gym every day.

You can see the rails being built below in a photo supplied to us: 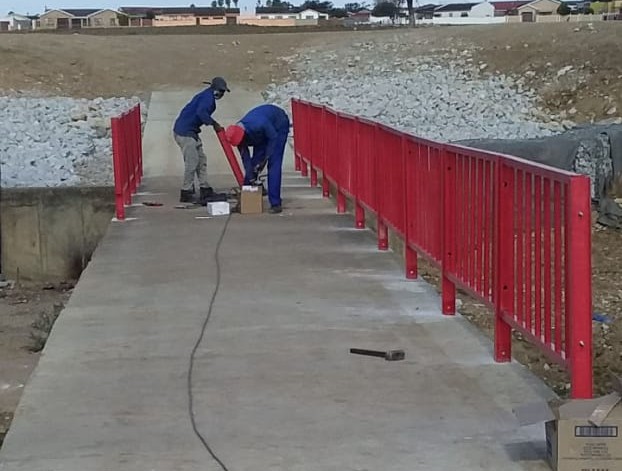 This is the finished product : 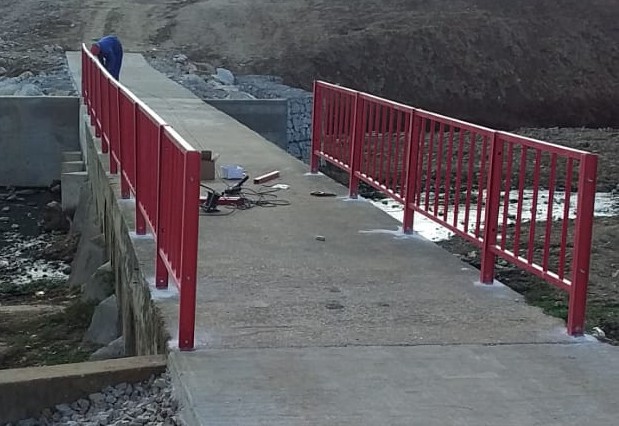 Then the bridge was vandalised: 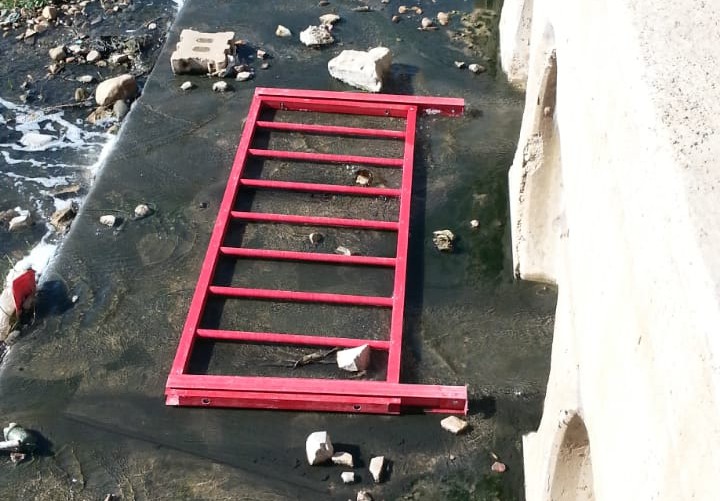 Some time after the above photo was taken, the rail lying in the river was stolen.

Alerted to the theft of the rails, a shocked Councillor Daaminds said: “No ways!” Ward 44 Councillor Nomsa Booi (ANC) confirmed the rails had been stolen. “We build but the people destroy what is rightfully theirs. We condemn the looting of the rails in the strongest terms.” 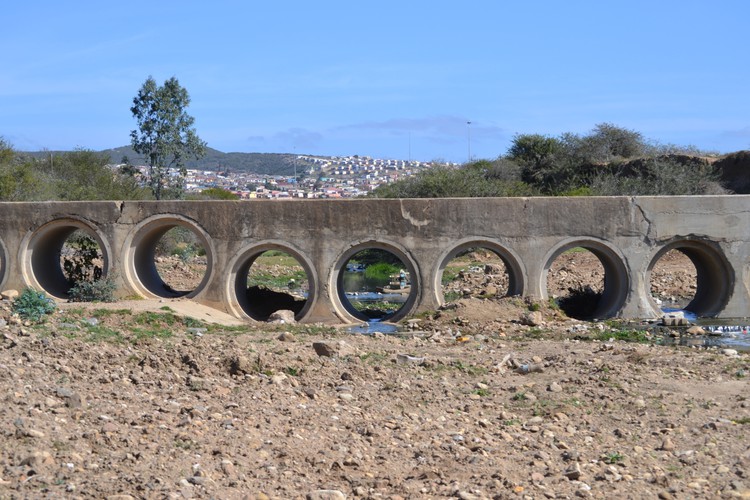 Next:  Woman with concrete slab told her house is complete

Previous:  Eight-year-old Clarence Solomons died over a housing dispute he had nothing to do with