Call for freeze on land sales in Khayelitsha 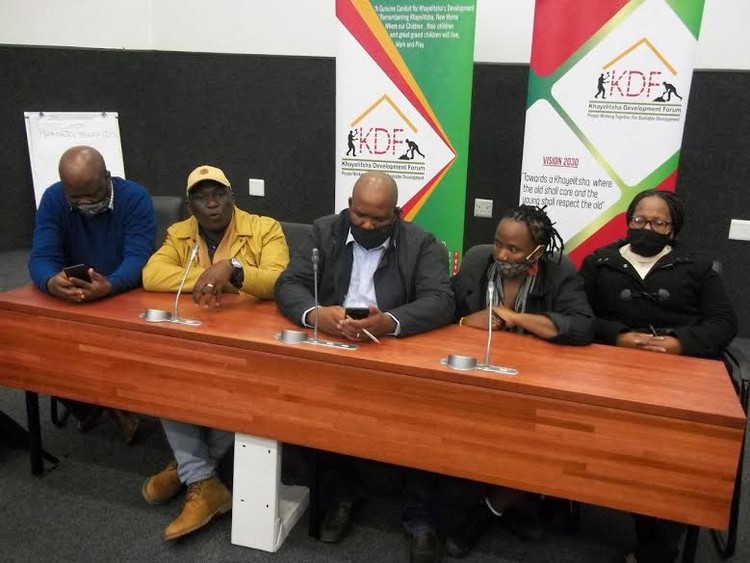 The newly-formed Khayelitsha Human Settlements Task Team has called for a freeze on all transfers and sales of land in Khayelitsha while a land audit is done by the City of Cape Town and made public.

The team, formed at a meeting of the Khayelitsha Development Forum, said at its first press conference last week that land invasions in Khayelitsha “must be viewed as part of the bigger social issues which many South African townships are facing”. But occupation of unsuitable land was not a solution but “a calamity waiting to happen”, they said in a statement.

“The unrest caused as a by-product of land invasions has spiralled into all three spheres of government abdicating its responsibility as waste remains uncollected, streets filthy and our township an unhygienic place us to live in.”

Task team member Manelisi Mampana said all sales and transfers of land should be stopped for 90 days so that an audit of all vacant land parcels could be done and made public. He said the team wanted clarification from the City about the lack of progress on several housing projects in Khayelitsha, including Mahama Housing Project, Emergency TRA Housing Project, False Bay Housing Project and others.

“The projects were no longer progressing even before national lockdown,” said Kholekile Mwahla, another member of the task team. “We want the City to update us on the housing projects, and explain what the vacant pieces of land are for, and who owns them.”

“We want to unblock blocked housing projects,” he said.

Mampana said the team also wanted to root out “shack farming”, where those who could afford it, built shacks on empty land and rented them out.

The City was doing everything in its power to avert further “unnecessary delays” in finishing the housing projects, Booi said. “We continue to monitor and safeguard our housing projects that are under way. We will do our best to keep the projects for the rightful beneficiaries,” he said.

“The great socio-economic crisis that we are in is not for a local municipality alone to solve. We need all levels of government, especially national government, and the private and civic sector to come to the table”.

Booi said site and service schemes and upgrades of informal settlements should also be considered. “We cannot rely solely on brick and cement houses to address the accommodation need in South Africa.”

Next:  Makhubele defends herself at Zondo Commission

Previous:  Sick woman begged for a blanket before dying in “makeshift” Covid-19 ward