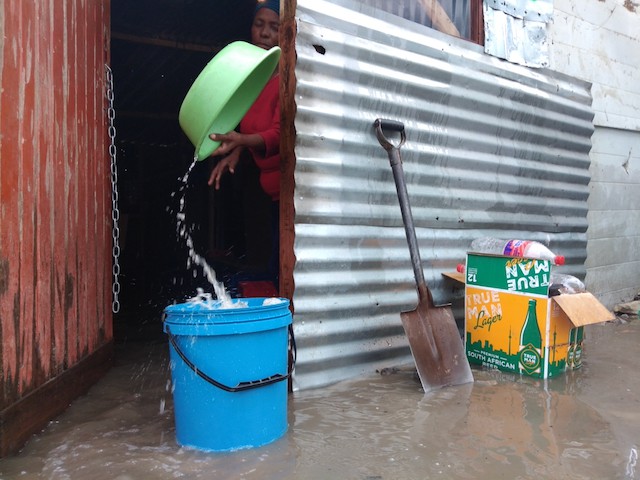 The cold front which made landfall in Cape Town on Tuesday night brought the first downpours for the year accompanied by strong winds. These conditions left many people, particularly those living in low-lying informal settlements with flooded homes.

On Wednesday, some residents of Izwelethu informal settlement near Mfuleni, Cape Town, carried out buckets of water from flooded shacks while others secured their homes with sand and other rubble.

Nontombi Ndulo said her spaza shop flooded at 3am. She said many of her belongings on the floor were destroyed such as maize meal, sugar and other products. 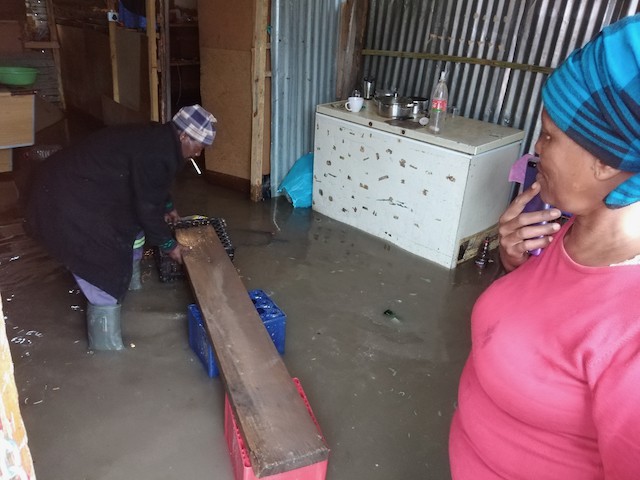 Izwelethu, also known as Covid informal settlement, formed in March last year soon after the nationwide lockdown. It was largely in response to scores of people not being able to work who as a result could no longer afford rent. There is now a densely populated area and home to over 2,000 people. 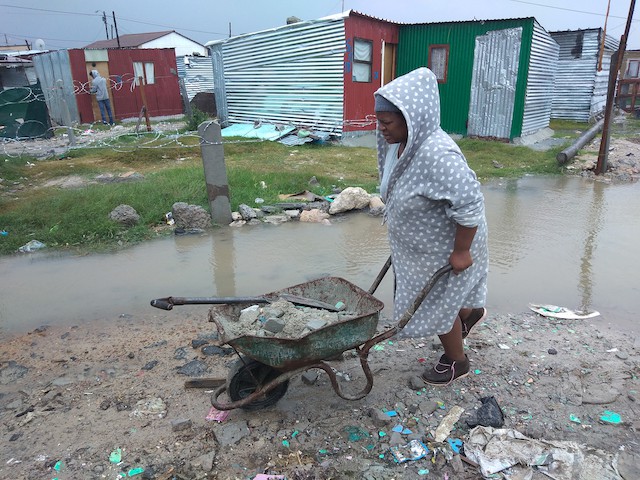 Resident Nomafrench Ndalo collecting rubble to place inside her yard to create a barrier to stop further flooding.

Next:  Over 5,000 Eastern Cape health workers will be without jobs at the end of this month