Edwina van der Vendt has been battling in court against her eviction from a farm in Paarl since 2014. She has lived with her family on Irene farm since 1997. She lives with eight other family members, five of them children.

The Drakenstein municipality offered the family an RDP house in the Vlakkeland Housing Development in December 2019. But Van der Vendt said, “I refuse to take the house they [municipality] provided, because it was not what was promised to me [in 2014].”

A court document from 2014 shows that the home that was supposed to be provided to Van der Vendt and her family had to consist of “a standard two bedroom brick and mortar structure with indoor sanitation facilities”. The house was supposed to be located “proximate to public mode of transport (i.e. taxis, commuter trains) within Paarl”.

But Van der Vendt said she refused to accept the Vlakkeland offer or sign any documents. Vlakkeland is far out of Paarl, towards Wellington.

There were other problems at the housing development too. Drakenstein Municipality Executive Director for Community Services Gerald Esau said the houses were “not handed over to the beneficiaries as a result of the subcontractors going on a strike over wages.”

But then on 17 March, the Sheriff arrived to evict Van der Vendt from Irene farm and relocate her family to New Orleans Park.

GroundUp was shown photos of a Wendy house that the municipality was providing in the park. The structure was not yet finished; there was no indoor sanitation or electricity. It also could not fit all nine of the Van der Vendt family members.

Carmen Louw, from Women on Farms Project, arrived at the scene on the day of the attempted eviction. “When we got [to New Orleans], they had just put a roof on the structure. They did nothing else to it. Not even one truck of her things would have fitted into that structure,” said Louw.

When GroundUp arrived at New Orleans Park two days after these events, the municipality had taken the structure down.

Drakenstein Municipality confirmed that after meeting the farm owners, the Van der Vendt family could remain on Irene farm “until they receive the keys of their house in Vlakkeland”. This was initially scheduled for April. New dates for the Vlakkeland housing handover will only be confirmed after the nationwide lockdown. It is unclear if Van der Vendt will accept the offer this time either. She said she is planning on taking the case further.

The farm owners could not be reached for comment for this story.

There are approximately 20 families that live in New Orleans Park. None have electricity. They share an ablution facility. They say the houses leak when it rains.

Veronica Du Toit moved to the park over two years ago after her father was evicted from a farm in Paarl. “The municipality told us that we were getting a house at Vlakkeland, but these houses aren’t done with being built yet.”

“We’re going to get nothing here. You can’t make food on a stove, you can’t iron your children’s school uniforms, you can’t even watch television,” said Du Toit. 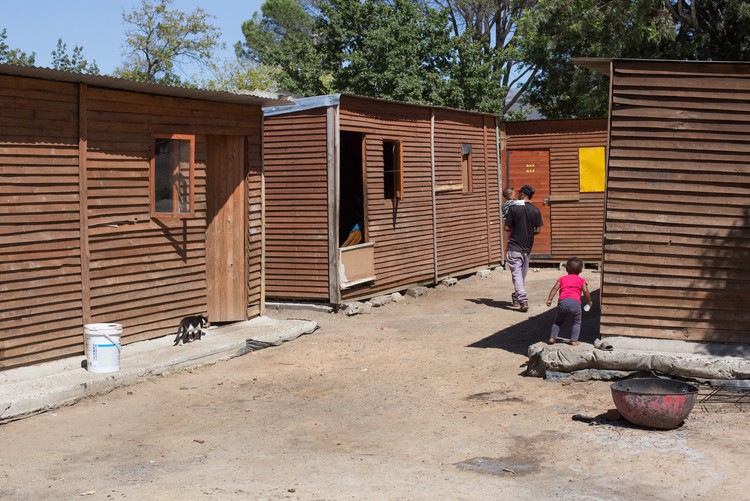 Most of the houses in Orleans Park are Wendy houses without electricity or indoor sanitation.

Next:  Covid-19: Street vendor says she can now feed family of 17 under relaxed regulations

Previous:  Covid-19: How South Africa will test for the virus