AIDS victories show what we can do if we try

We can do the same for Covid-19 and other diseases 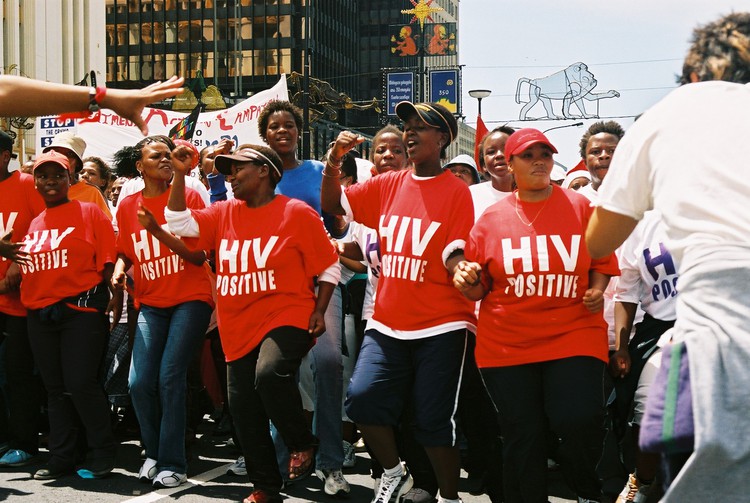 Thousands of people marched to Parliament on 14 February 2003 to demand that the South African government roll out on antiretroviral treatment. Photo: Faizel Slamang

World AIDS Day - today - is rightly used by activists to push for more resources to end this epidemic. This means lots of statistics appear in the media showing how big the problem is, how many people remain untreated, how many people still get infected annually, how many people died last year.

Nearly 80 million people have been infected with HIV since the start of the epidemic. About 35 million have died. Over a 40 year period that’s a huge toll for a new infectious disease. Only TB competes at that scale in the modern world. (There have been several worse plagues in recorded history.)

UNAIDS estimates 38 million people are living with HIV, 700,000 died of AIDS in 2019 and 1.7 million were infected. About 12 million people remain untreated.

Most adult South Africans probably know someone close who has died of AIDS.

But there’s a positive story to HIV which needs to be emphasised. About 26 million people are on antiretrovirals (ARVs). About 5 million of them are in South Africa, which has possibly the world’s largest state-run chronic medicine programme. Nearly all their lives would be cut short without treatment.

Many millions more would have been infected were it not for the fact that most people on ARVs are not infectious. AIDS would possibly by now have had the highest death toll of any disease ever recorded over a 40-year period had it not been for those achievements.

The massive rollout of ARVs is in my view the standout achievement of humanity in our time. I often complain about the wastage in the AIDS world, the numerous, often lavish, conferences, the trinkets, and the overpaid AIDS bureaucracy. But in fact the global response to the epidemic, often encountering bigoted resistance, epitomised in the 1980s by the Reagan administration, and irrationality, such as by the Mbeki regime in the 2000s, is testament to what global institutions and science can achieve. No less critical has been the recognition of the rights to organise politically, to free speech, to information, and to health-care.

Globally activists, scientists and health workers, many of them living with HIV, have worked together on this remarkable achievement, unprecedented in human history. From 2000 to 2015, $563 billion was spent on HIV/AIDS worldwide. It’s a lot of money, but in one year alone the US spends more than that on its military.

There is a lot more to do to end AIDS deaths and millions of South Africans still need to start treatment. But we should not forget how many lives have been saved, how many families have not lost their loved ones prematurely. This shows what we are capable of when large numbers of people act rationally and for the common good. We can do the same for TB, for Covid and other infectious diseases, and perhaps for the greatest long-term danger facing our planet: climate change.

CORRECTION: The article incorrectly used 50 years instead of 40 years for the history of AIDS (which was identified in 1981).

Next:  Spar workers who set woman alight have been fired