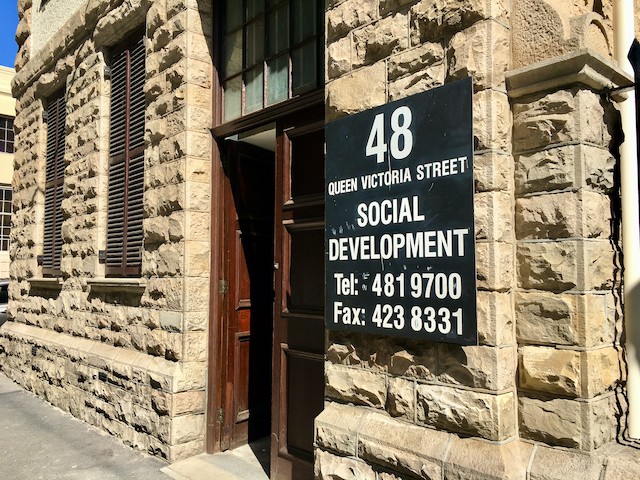 The Department of Social Development is seeking an extension of 18 months on an order of the North Gauteng High Court that compels it to resolve the crisis in foster care grants. Photo: James Stent

The twin crises of tens of thousands of expiring foster care grants and the shortage of social workers across the country was aired in Parliament at the Portfolio Committee on Social Development on Wednesday.

Children who are orphaned and live with relatives must go through an onerous process, both for the would-be grantees, as well as for social workers, including a court order to qualify for state financial support.

The Department of Social Development wants an 18-month extension on an order of the North Gauteng High Court that compels it to resolve the crisis in foster care grants and find a comprehensive legal solution to the crisis.

Tens of thousands of children in foster care are currently at risk of losing their support on 26 November when their orders expire. The department missed deadlines to clear the backlog of foster grant orders in 2017, 2018 and 2019. The battle to resolve the backlog dates back to 2011.

According to the department there were 33,748 outstanding foster care orders that were in need of resolution before the end of November, and 30,161 orders had been extended since November 2019.

But these figures were disputed by members of the parliamentary committee. At the 21 May meeting, the committee was told by department officials that there were 129,136 foster care orders that required extension by November 2020.

Social Development MECs and provincial department heads described common challenges in all provinces: insufficient budget to hire new social workers; no funding for the supervisors required to coordinate social workers; a lack of office space for social workers to conduct their affairs; and a shortage of working tools such as vehicles.

The provinces all highlighted that the regulated process for hiring social workers, which includes police clearance, often takes months, and leads to slow hiring. Provinces also required social workers with specific skills in order to deal with gender-based violence, but their current training does not provide this.

Liezl Van Der Merwe (IFP) called for the intervention of Deputy President David Mabuza and she called for the ministers of police and education, among others, to account for the reasons why they had failed to employ social workers, per the 2018 cabinet resolution.

Bridget Masondo (DA) echoed Van Der Merwe’s call and said that “social workers are to social development as doctors are to health”. She said following President Ramaphosa’s declaration that gender-based violence is South Africa’s second pandemic, decisions needed to be made to bring more social workers into employment.

Dikgang Stock (ANC) said National Treasury needed to provide a commitment in order to bring more social workers in, but also questioned the ability of provinces to successfully implement the changes needed to turn around the sector.

Next:  Covid-19: After weeks of calm, excess deaths are increasing