Death of founder and funder spells closure for well-known shelter 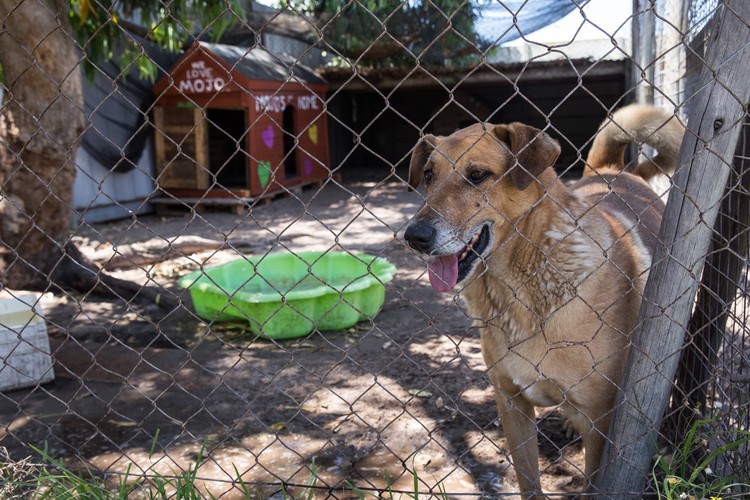 “Happy” is one of 43 dogs and six cats in desperate need of adoption as Adopt A Pet prepares to close its doors. Photo: Ashraf Hendricks

Since its opening in 2003, Adopt A Pet has found permanent homes for thousands of neglected, rescued and rehabilitated dogs and cats. But with the death of founder and funder Cicely Blumberg last year, the shelter is to close its doors. Staff are desperately searching for homes for the remaining 43 dogs and six cats.

“It’s very emotional, but I think right now I am more focused on seeing these animals get good homes,” said Desiree Harris, the Kennel Manager. The privately run non-profit organisation, which opened in Milnerton in 2003 and moved to Philippi in 2014, found homes for 300 animals in the last 12 months.

Harris, who has been with Adopt A Pet for eight years, said that the stream of animals needing rescuing is constant. “It never ends,” she said.

Many of the animals come from the surrounding townships, and the main reasons they are brought in are financial issues or neglect. “It’s a lack of education,” about nutrition and pet health care, said Harris. “Some people truly love their animals, but don’t know how to look after them.”

Recently many people have lost their jobs and have tried to surrender their animals, but Adopt A Pet is not in a position to foster, said Harris.

Karin Reissenauer, volunteer and coordinator, said that the organisation had been struggling for some time. Expenses including wages, rent, pet food and healthcare like vaccinations and sterilisations cost between R120,000 and R150,000 a month. It costs around R1,500 per month to keep a dog and some also need medical care including surgery.

Reissenauer said Adopt a Pet was asking other organisations such as TEARS (The Emma Animal Rescue Society) for assistance with fostering, but ideally the animals should go to permanent homes. Adoption fees have been waived and instead they are asking for a donation.

Reissenauer is glad that she has been able to help but, “it’s not really feasible to do something like this 24/7 without income”.

“It’s exhausting. You can’t shut down. You actually don’t have a personal life any more.”

No closing date has been finalised, but once Adopt a Pet closes, other options nearby include the Animal Rescue Organisation.