Social Justice Coalition is investigating other purchases by Xolani Klaas, including iPhones and a laptop 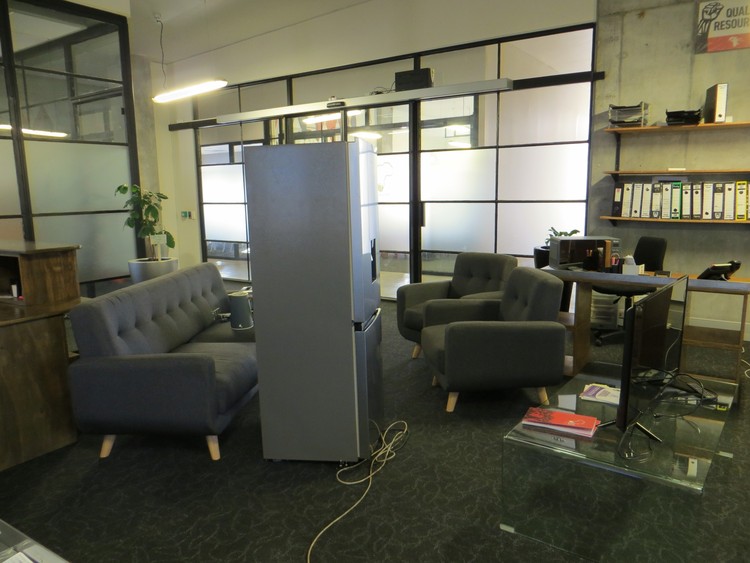 Fraud accused Xolani Klaas returned furniture, which he said he had “stored”, to the Social Justice Coalition offices on Friday. Photo: Vincent Lali

Corruption accused Xolani Klaas, former general manager of the Social Justice Coalition (SJC), has sent back some of the furniture that he bought with the organisation’s funds on Friday.

He did not personally return the furniture.

Klaas was suspended after GroundUp’s investigation, and SJC staff laid criminal charges against him at Lingelethu West Police Station at the end of June.

Thandokazi Njamela, SJC’s office administrator, told GroundUp that she had been asking Klaas to return the items he bought using the SJC’s funds.

Klaas had told her that he had bought the furniture for the SJC but was keeping it in storage for the organisation. He repeated this explanation to GroundUp. Klaas claimed that staff “have known all along that we have items in storage”.

This was denied by Njamela, who said the SJC had been going through a retrenchment process and would not have spent money on new furniture. “No one knew about the furniture in storage… We moved to a smaller office around March 2021 to save money.”

Some of these pieces of “stored” furniture are very similar to the items shown in Klaas’s AirBnB listing – Klaas’s apartment in Sitari, a security village in Somerset West. The sofas, fridges, and a television are the same make as the items returned.

Klaas told GroundUp that the AirBnB furniture is not the same as the SJC furniture. “I still have my own Airbnb furniture,” he said.

Njamela said that after the publication of GroundUp’s exposé, but before Klaas was suspended, all financial documents and invoices were removed from the SJC’s office. The SJC suspects Klaas removed the files, and as a result has laid further charges of theft against him.

Klaas denies removing any financial records or any files. “Whoever is claiming that will have an opportunity to prove that in court.”

The SJC also want Klaas to return an iPhone 13 and a laptop they say were bought with SJC funds.

Klaas told GroundUp he had now returned all SJC-owned items. He said that the iPhone 13 was left on his desk after he was suspended.

Njamela disputes this. The investigation into Klaas’s actions continue.

Previous:  COSATU to strike over lack of action against crime