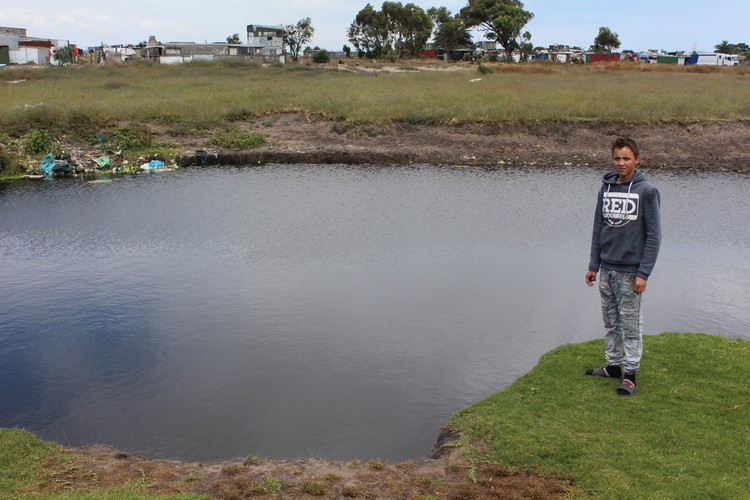 “A few of us dived into the water trying to find him. I felt a blanket and then a hand. It was his. I pulled and brought him up to the surface.” This was the moment 17-year-old Shaheen Wagied recovered his friend Gershwin Visser from a dam in the Philippi, Cape Town.

Eleven-year-old Gershwin had left the house on Saturday morning while his mother Jennifer Visser was out. The family live at an informal settlement called Egoli, in the middle of the Philippi Horticultural Area. Visser said she thought Gershwin had gone to play with friends nearby.

The land the informal settlement is on, including the dam, is privately owned. We have been unable to locate the owner.

Wagied said that many children had been swimming in the water, but Gershwin went in and never came out.

After the child was pulled from the water, a resident tried to resuscitate Gershwin, and he came to and vomited. But soon afterwards, his tongue turned blue and he stopped breathing.

“I think it was because they laid him on his back instead of the side so he might have choked. The ambulance only came about four hours later. What people don’t realise is that this dam is deep. There’s rubbish down there, like tyres, blankets, even a playground boat,” said Wagied, who was taught to swim by his brother.

When GroundUp visited Visser on Tuesday, she had just returned from identifying her son’s body at the mortuary. She was sitting on an old paint bucket in the doorway of her dark shack. On the bed sat her daughter and her niece.

“I was taking a nap when a neighbour came in screaming that my son had drowned. I jumped out of bed, ran to the dam and there he was, lying there,” said Visser. “I warned him about that dam that very same morning. I have warned him countless times before not to go and play there because it’s dangerous, but he never listened.” 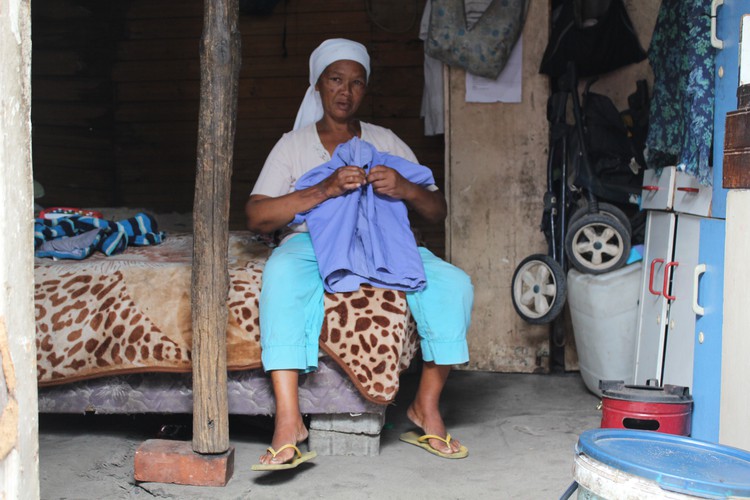 Jennifer Visser folds her son’s school clothes before his funeral on Friday. Gershwin drowned at the weekend while playing with friends in a dam near the informal settlement where they live in Philippi, Cape Town. Photo: Mary-Anne Gontsana

Egoli community activist David Ruiters said he’d been living in the informal settlement for two years and there had been countless complaints about the dam in the area.

“Residents have been wanting some kind of closure or barrier at that dam. This is not the first drowning. Three people had already drowned in that dam. And unfortunately our children are not going to stop swimming because it is hot and there is nothing else to do in this place to keep them busy,” said Ruiters.

“Most of the residents here are unemployed and there is a serious lack of resources. There is no electricity and residents have resorted to illegal connections. Necessities like schools and clinics are far away.”

“We are trying our best to uplift the community but it’s not easy. At the moment I am trying to get help for Gershwin’s funeral,” said Ruiters.

Because the land is privately owned, the City cannot provide services like electricity without permission from the land owner. Mayco Member for Water and Waste, Xanthea Limberg said the City’s Water and Sanitation Department was, however, able to install 12 water standpipes, 55 chemical toilets, 43 container toilets, and 299 portable flush toilets.

According to Malusi Booi, the City’s Mayco Member for Human Settlements, Egoli has approximately 700 households.

Describing her little brother, Lynette Visser said: “He was a joker and never the annoying little brother. Everyone in the area knew and loved him. He was sweet and very helpful. It was supposed to be his crown birthday next month. I am really going to miss him.”

Police spokesperson Frederick Van Wyk said an inquest case had been opened and the incident was under investigation.