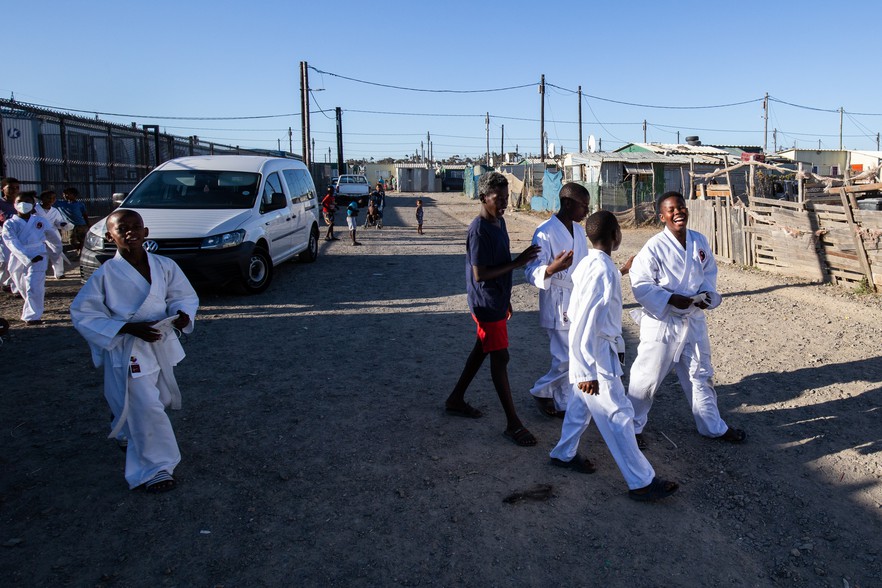 Wolwerivier, started in 2015 to house people who had been evicted, is 25km from Cape Town’s city centre. It is one of the city’s poorest areas.

By day Captain Carol-Ann Daniels fights crime. She is a police officer working in Milnerton. But every Monday, she fights crime in a very different way. She dons a white karategi (karate suit) and teaches karate to children in Wolwerivier. 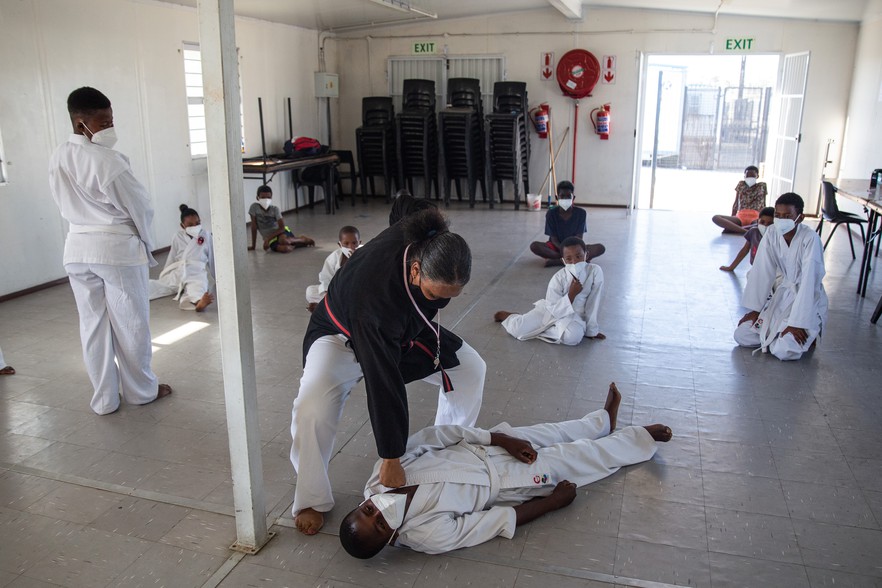 Instructor Carol-Ann Daniels shows a student how to perform a takedown.

The free karate classes started in October 2020. Daniels says she does it purely for the love of it. She wants to make a difference in the lives of the children here.

Wolwerivier falls under the Milnerton police cluster and is located about 25km from Cape Town city centre. It is a low-cost housing project for people who have been evicted, mostly from informal settlements, and have nowhere else to go. 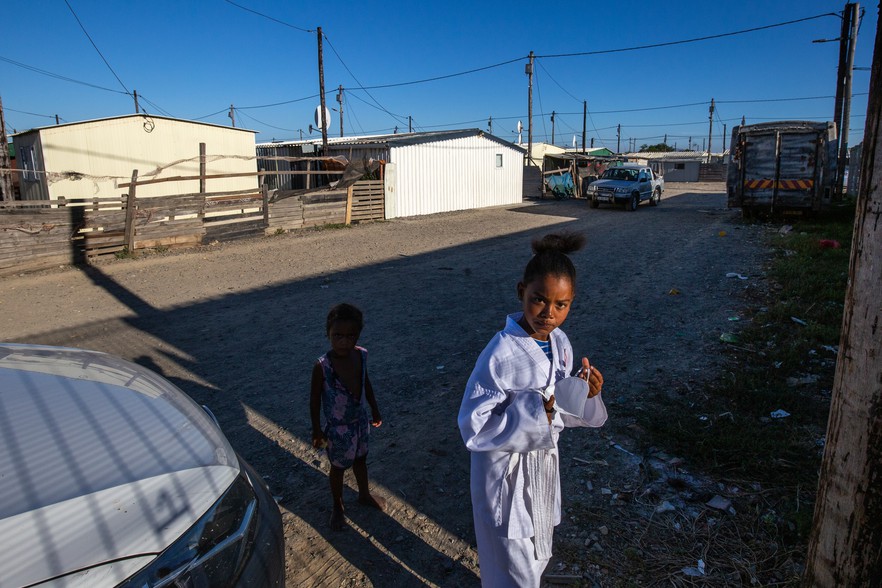 Nine-year-old Dynica Arendse is one of Daniels’s students. The youngest student is six and the oldest is 14.

“I saw that there’s nothing for the children,” said Daniels after visiting the area. “So what are they doing?” She made arrangements with the municipality to use the local hall to teach karate. 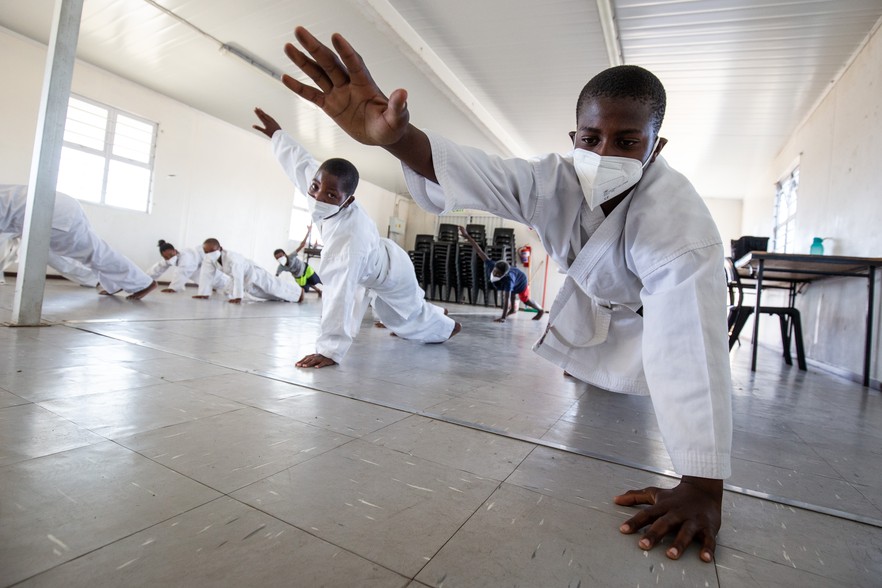 Godwin Inufakwedeke, 14, works on his balance.

About a dozen children are registered. The karate uniforms were donated by instructors. “When a kid comes in here, the only requirement is that they need to be clean,” Daniels says. The children are responsible for cleaning their uniforms and if they come in with a dirty uniform, they are sent home to clean it. 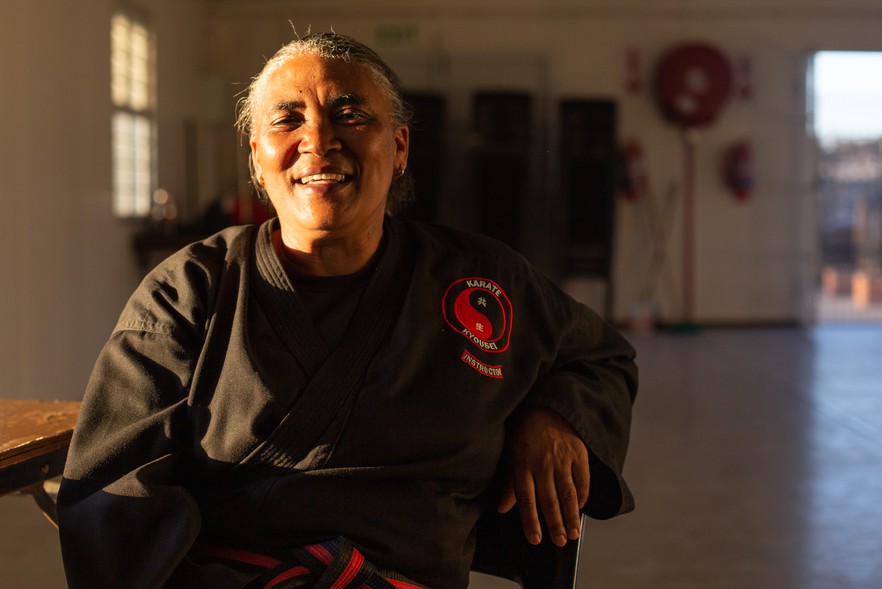 Carol-Ann Daniels has been doing karate for over 30 years and is ranked 6th dan.

Daniels is with the Karate Kyousei dojo, an organisation that has been around for a decade. She is a professional in the Goju Ryu karate style, a South African karate champion, and has won many medals in her fighting career. She retired from fighting in tournaments in 2001 after a knee injury and has focused on coaching instead. 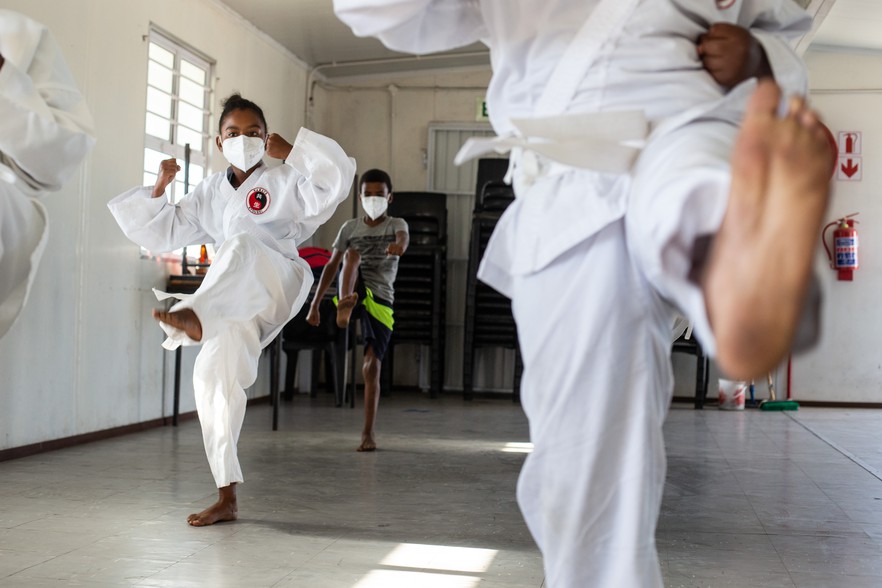 Daniels says fighting in a controlled environment teaches children to control their emotions. She says that karate teaches you “not to fight” and rather to see danger and get out of it. “Because of my work, I try to concentrate much more on self defence rather than the sport aspect of fighting.” 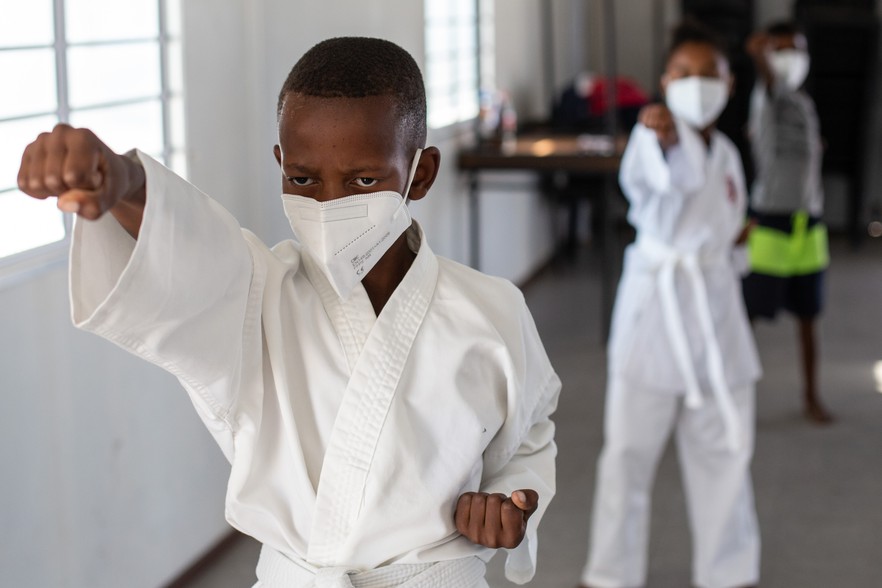 “People don’t need to see where a child is from … When you come here, everyone looks the same. We are the same,” Daniels says. “I want to show the kids there’s something better out there.”

If the children fight in the streets they will get expelled, she says. “They can only do karate and fighting in a safe environment.”

Daniels says that she will take the children to a “proper” dojo in the near future, which is why the cleanliness of the uniforms is important. She is also preparing her students to participate in their first tournament. First they must be registered with Karate South Africa structures at a cost of R155. She is trying to find sponsors to cover this. 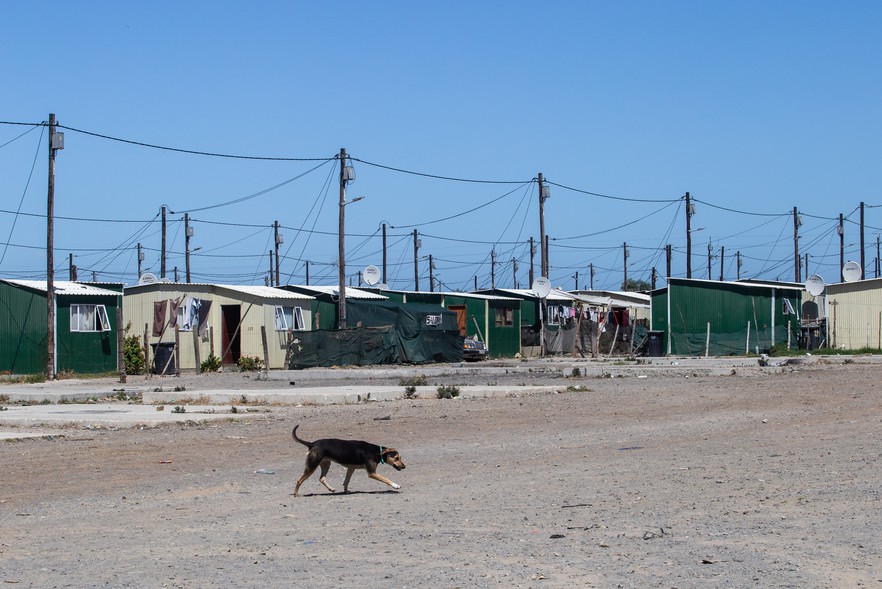 Wolwerivier, with its dusty streets and tiny houses, is on the edge of the city, located far from shops. 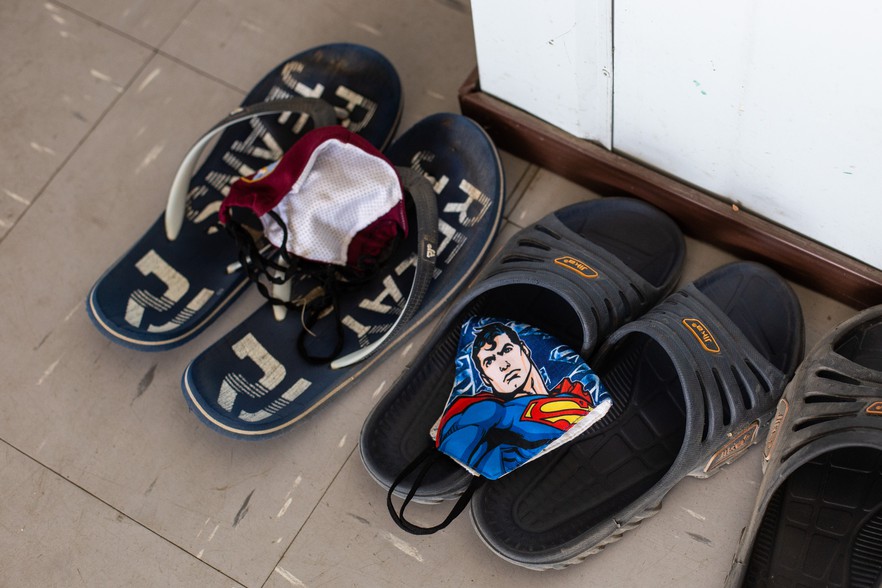 Children leave their shoes and masks before changing into their uniforms. They all have white masks to wear.