Willowvale is where government projects go to die

“If we want things done here, we either protest or do them ourselves” says a resident of this part of the Eastern Cape 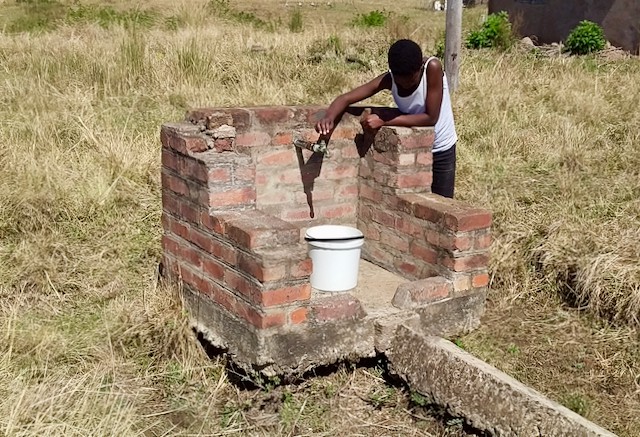 Taps installed in Willowvale’s Lurwayizo village have been dry for the past six years. Photos: Nombulelo Damba-Hendrik

According to members of the community, in the early 1960s, families in Lurwayizo and Mpozolo villages near Willowvale collected money to build a high school for their children. Back then parents donated R5 each to buy materials, while some volunteered their time to help construct it.

In the late 1990s parents wrote a letter to government asking for a new building.

The building deteriorated and rocks were put on the roof to keep it from blowing away. In 2015, one such rock fell on a learner, according to Sikelelwa Kolani, who went to the school. She said students staged a protest demanding the school be fixed. In a clash with police, some of the classrooms burnt down.

In 2018, Highpana Projects was awarded a R43-million tender to build Mpozolo High School. But three years later it is still unfinished. Three buildings have roofs but no windows or doors. Another building of three classrooms has only walls. Two other buildings are at foundation level.

Fahil Chetty, of Highpana Projects, said they left the site because the Eastern Cape Department of Education failed to pay them.

Eastern Cape Department of Education spokesperson Malibongwe Mtima confirmed that Highpana Projects terminated its contract due to late payment by the department.

Mtima blamed red tape. “The department had several meetings with the contractor, trying to request them to go back to the site but they were no longer interested,” he said.

The department terminated the contract on 11 August 2021.

The old school now has 318 learners from grade 8 to 12. A teacher, who asked not to be named, said, “When it’s windy, the roof moves in some classrooms.” 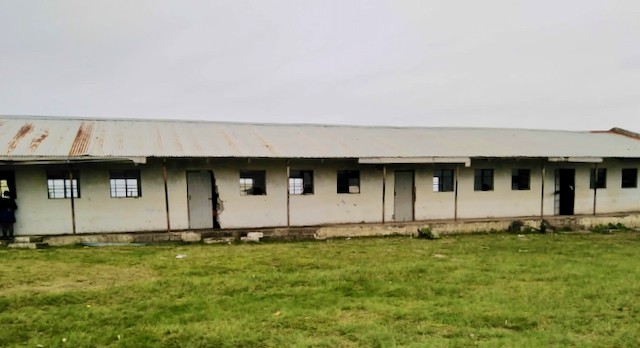 The old school built by parents in the 1980s where learners are still taught. 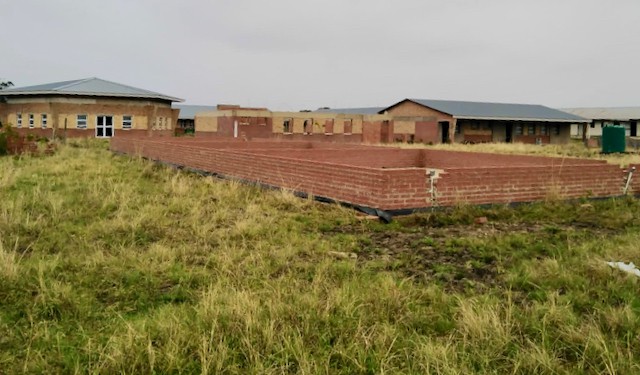 The new but unfinished school where construction stopped three years ago

“It’s so sad that if we want things done here, we either protest or do them ourselves,” says Nkosana Tomtala, 73. “Government will fail to assist even after we have started to take action.”

Tomtala said the main access road is impassable for the local bus when it rains.

He said taps installed in 2001 have been dry for the past six years. Residents rely on rain water and share the river with animals. Tomtala showed GroundUp the buckets he uses to catch rain water.

Amathole District Municipality (ADM) spokesperson Nonceba Madikizela-Vuso confirmed that since taps went dry in 2015, the municipality has not been able to supply water to the village.

Tomtala said families who hold funerals and big ceremonies are forced to hire a tractor to cart water from the river at a cost of R800 to R1,200.

“Most people living in this village are pensioners. Now we are forced to buy jojo tanks which some of us cannot afford … The municipality is so quiet.”

“My granddaughter who is 12 is the one who has to walk a kilometre to get us water from the river and that always scares me because we are living in a very cruel world,” he says.

Repairs with new gravel over ten kilometres of this road are supposed to start in February 2022.

Ward 21 Councillor Siviwe Mrobo (ANC)said water pipes from the supply dam are broken. He said the municipality had supplied water tanks to some other villages, but never filled them with water.

“We are voters and it is within our rights to have access to clean water but the municipality is failing us,” said resident Nontsikelelo Ngonya. “Our government is failing us in so many things in this village. If you look at our roads, they are bad …. Municipality offices are very far, that is why we ended up fixing what we can and leave what we cannot.”

Madikizela-Vuso said there are three phases to the Dwesa Dam supply project and Lurwayizo falls under the third phase. The area is the furthest away from the treatment facility.

She said since 2015 the Dwesa Dam river has regularly dried up and borehole yields have also been “very low”.

“Some boreholes had poor quality and were too far from the community to be financially viable to connect them,” she said.

Eastern Cape Department of Transport safety and liaison spokesperson Unathi Bhinqose said the department has set aside R4 million to re-gravel 10km of the road. The anticipated start date is February 2022.

Lurwayizo is the village where desperate pensioners built their own clinic, which GroundUp reported on in September.

Next:  Civil society calls on the public to stand up and fight corruption