After two years the Ga-Rankuwa to Pretoria train is running again. We tried it 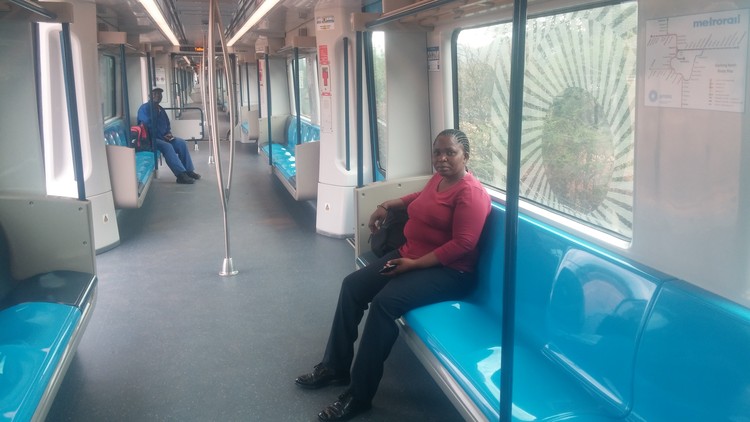 Joyce Ramuhovhi from Mmakau in Pretoria took the train on Wednesday for the first time in two years. The Ga-Rankuwa to Pretoria city centre line resumed on Monday after it closed for the hard lockdown and had been badly vandalised. Photo: Chris Gilili

Commuters have begun to trickle back to using the train on the Ga-Rankuwa to Pretoria city centre line after a nearly two-year hiatus.

The line had not been fully operating since the hard lockdown in March 2020. During the closure, the infrastructure was badly vandalised and buildings stripped nearly bare.

On Wednesday, two days after the train service resumed, we joined over a dozen people on the 10am train. Workers were still on site doing maintenance at the Ga-Rankuwa station in Zone 1. Our trip passed through several stations, including Medunsa, Lynross, Rosslyn, Winternest, Wolmerton, Darspoort and Hercules Stations. There, commuters could hop on a connecting train to other parts of Pretoria. Most of the stations we passed were not yet fully functional and appeared to still have maintenance work underway.

Speaking to some of the commuters, most people welcomed the increase of security measures, speed and comfort the new train has to offer. A ticket from Ga-Rankuwa Station to Bosman costs R9.50 compared to R35 with a taxi. During the trip, at each station updates could be heard over the onboard intercom system. The train has a capacity of up to 1,200 passengers, though the carriages were barely occupied during our trip.

One of the commuters, Samantha Ndlovu, said she felt safer using the new train. “I love the CCTV cameras because they were not on the old trains. In 2019, I was unfortunately mugged and since then I stopped using trains. But now this one gives me hope with the presence of security guards,” she said.

Joyce Ramuhovhi from Mmakau said, “I’m very happy because now I am going to save money. I spent R1,600 on transport alone every month using taxis. It has been a very tough two years for us. Now I will be using less than R20 for a round trip to work.”

Resident and taxi driver, Izzy Mahaodi, said he also started picking up more people from the station in Ga-Rankuwa since the service resumed. “Things have been very bad for the local taxi sector since Covid started. It will be better now. We will be transporting people from home to the stations and back in the evenings, like we used to,” he said.

According to PRASA, damages to stations along the De Wildt/Ga-Rankuwa line include: the destruction of administrative buildings, ticket offices, platforms, bridges, ablution facilities, electrical and plumbing infrastructure. 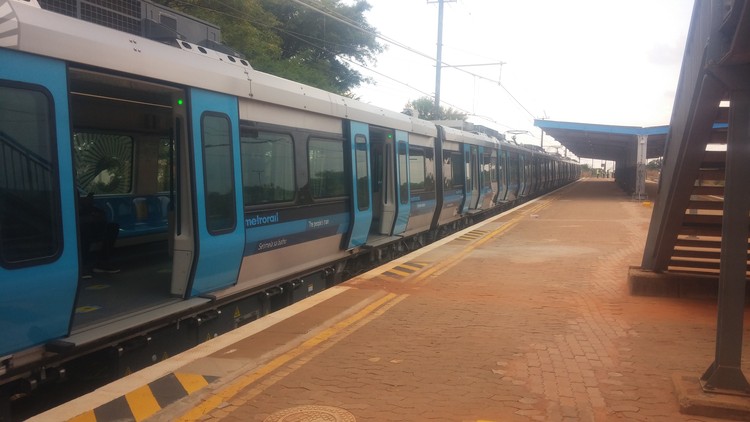 According to PRASA, damages to stations along the De Wildt/Ga-Rankuwa line amounts to nearly R43-million. Photo: Chris Gilili

Spokesperson Andiswa Makanda told GroundUp that they were pleased with the progress made so far on work done to repair the line that connects to the Mabopane corridor.

Meanwhile, operations on the rail agency’s Pretoria to Johannesburg line remain suspended. We have previously reported that many stations had been vandalised during the hard lockdown.

We spoke to people from Tembisa and Ivory Park who were regular commuters before 2020 and say that the closure has negatively hit their pockets. Many say they want Metrorail to fix the line urgently.

Gladys Matinketsa from Tembisa works in Pretoria Central. She said she previously paid R160 for a monthly train ticket from Oakmoor Station in Tembisa to Bosman Station in Pretoria. But now she spends R1,450 per month on taxi fare.

Matinketsa, a mother of two, said she is not coping with the high transport costs and the rising cost of living.

PRASA said the services is expected to resume “before the end of the year once the new infrastructure has been tested for service resumption”. Makanda said: “Work is currently underway to rehabilitate the infrastructure between Pretoria and Kaalfontein.” 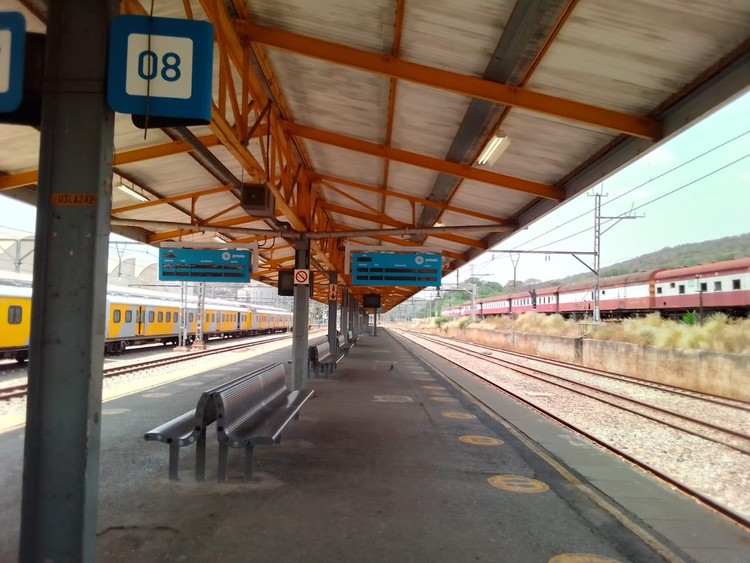 Platforms 7 and 8 were empty at Bosman Station in Pretoria. Before 2020, this station was a hive of activity with thousands of people commuting from Pretoria to Johannesburg. Photo: Ezekiel Kenana

Next:  Farm workers march to Parliament to demand major reform

Previous:  Homeless: “I never grew up to stand by a robot with a board”

We want the old PRASA

I support PRASA to help us commuters. If you use other transport like taxis it is going to drain you of money. Most of us are unemployed and we don't have money for transport. PRASA, bring back the jobs you had for the people and cheap transportation for us.