“I am left with this blanket and winter is coming”

About 100 people have been living in community halls in Strand for close to a month since their homes were demolished on 19 April.

Some had put up shacks on land owned by the South African National Roads Agency (SANRAL) between Pholile and Strand. Others were moved from land owned by property development company ASLA, on the N2.

They have been sleeping in Lwandle and Nomzamo community halls. Voting last Wednesday had to be moved from Lwandle hall to another venue because the people in the hall refused to move. 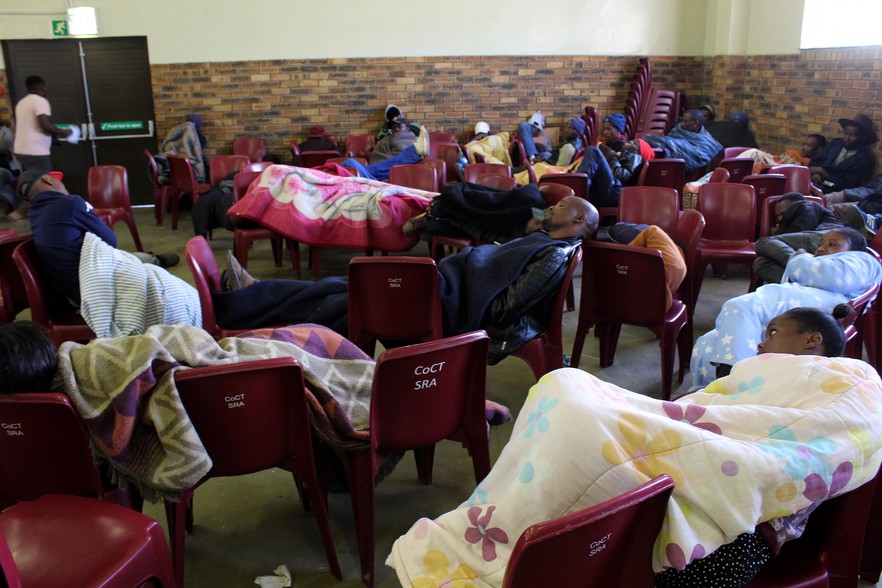 Some women and children sleep on chairs in the community hall. 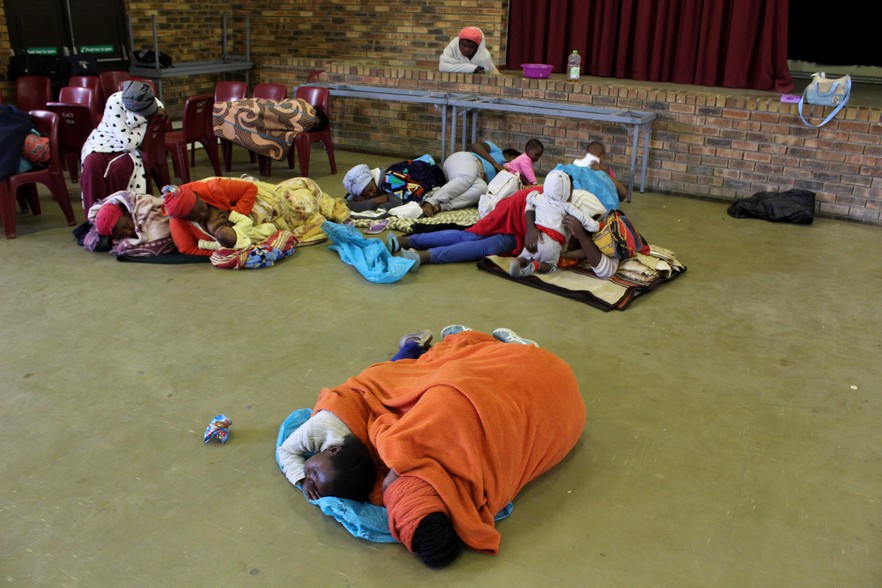 And some sleep on the floor.

One of the leaders, Thulani Taele, said: “We will continue sleeping here until we have concrete answers as to where we will go.”

Among the people in the hall are women and children who use chairs as beds. Others are sleeping on blankets on the floor.

At a meeting on 25 April with land occupiers, Cape Town mayor Dan Plato, Mayco member responsible for housing Malusi Booi, Mayco member JP Smith, officials from SANRAL, and local councillors, MEC for Human Settlements Bonginkosi Madikizela said 700 families would be moved onto land which the City of Cape Town would buy. Neither Madikizela nor Booi would say where this land is.

“The City is in the process of evaluating various pieces of land in the area to determine their suitability for the relocation of the families who are occupying SANRAL’s land and who are in need of alternative accommodation. We unfortunately cannot disclose the details of the land as the process is still underway,” Booi said.

Backyarder Moleleki Fulumane was evicted from the SANRAL land. He said he had been very pleased to move his backyard Wendy house onto the land. “I was very happy because I was finally going to have a place I call my own. I took the house to my new plot. But it was demolished. I am left with this blanket and winter is coming.” 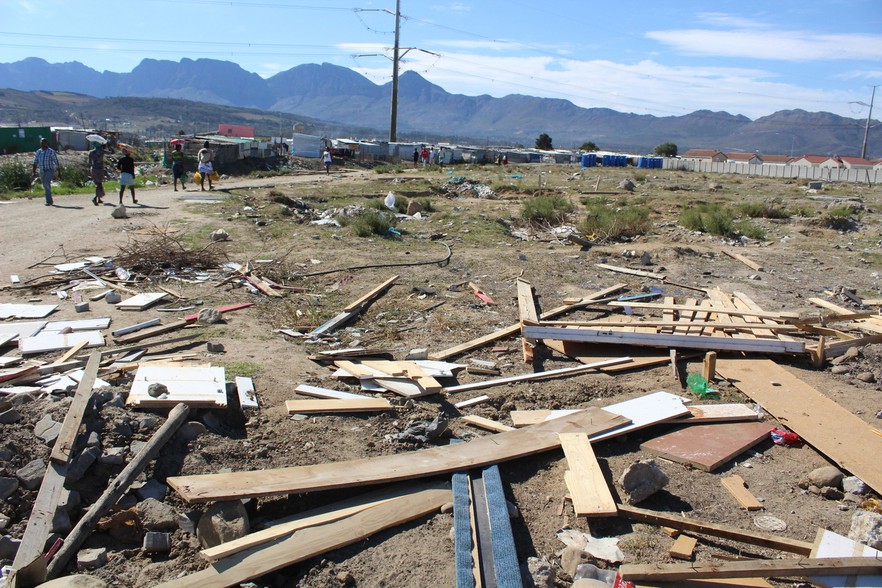 Building materials lay scattered about after shacks were demolished in Strand.

Community leader Mkhululi Silatsha said the land occupiers did not know what to make of the MEC’s announcement. “We still do not know where the land is. This might be a lie as far we know,” he said.

Last Wednesday night three shacks were put up on ASLA-owned land next to the N2 close to Reddam House School. By the morning when we visited, there was a bed and other household items. People appeared to have spent the night. Private security accompanied by Public Order Police arrived to demolish the structures.

But Advocate Thulasizwe Twalo, who had been brought in by Silatsha, requested a court order. He was shown an interdict which was also shown to GroundUp. Twalo advised the land occupiers to demolish the structures themselves.

“Do not give them the satisfaction of them doing the demolition. Do it yourselves. I am going to court to fight this interdict,” he told them.

Twalo declined to comment to GroundUp. He said he needed time to study the interdict.

Nomathasanqa Nodoyi, who had slept on the land overnight, said she was hurt that they had to demolish her house. “We were three in this house and we have nowhere to stay. We will go to the hall again and it is uncomfortable sleeping there.”

Silatsha said he was confident they will win the right to stay on the ASLA-owned land. “The court will rule in our favour because we have evidence that we were staying in the structures that were destroyed. We want our material back and we will get it.” 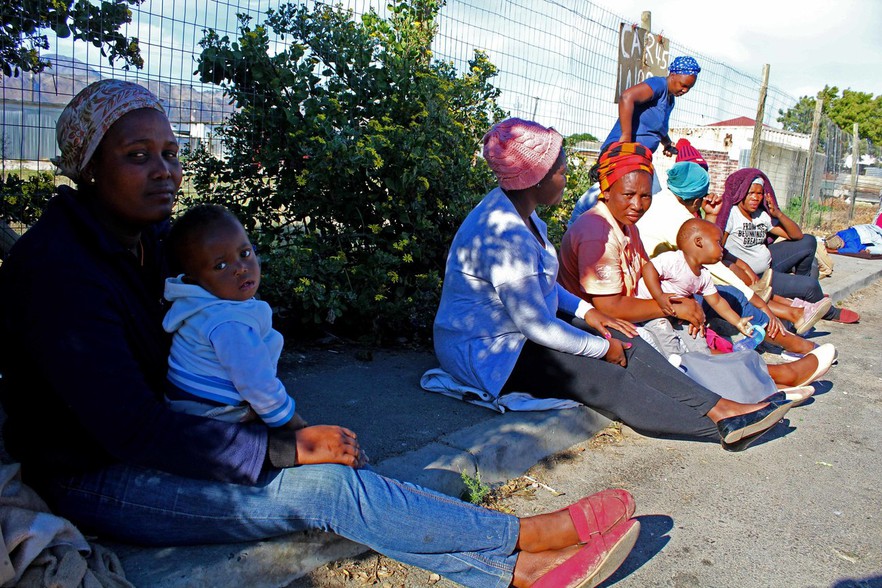 Some of the residents of the community hall take a break in the morning sun. Closest to the camera are Ncediswa Ngidi and her child Anovuyo.

Next:  Taps have been dry for five years in Eastern Cape village

Previous:  “We are tired of being a charity township” Alexandra inquiry told