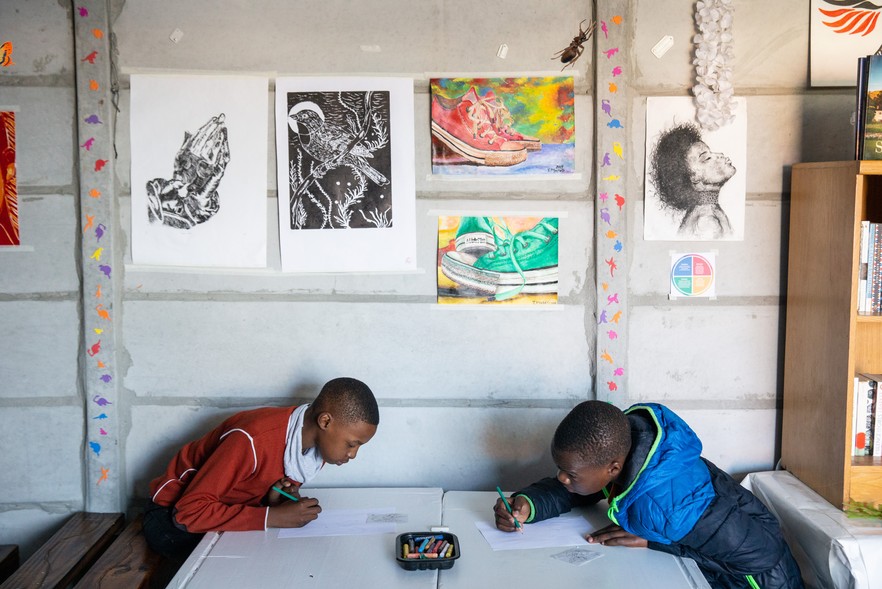 On a sandy piece of vacant land in Makhaza, Khayelitsha, is Nwabisa Nkonyana’s art centre.

The surrounding land was occupied earlier this year, but the new residents kept this plot for something to benefit the whole community. After several community meetings, Nkonyana was asked to use the plot for her project.

The Ntinga Khozi Fine Art Centre operates both as a gallery and as an art centre where children from six to 16 come to dance classes, art classes, storytelling and educational games. Nkonyana teaches the art classes - she can’t dance or write, she says, laughing. 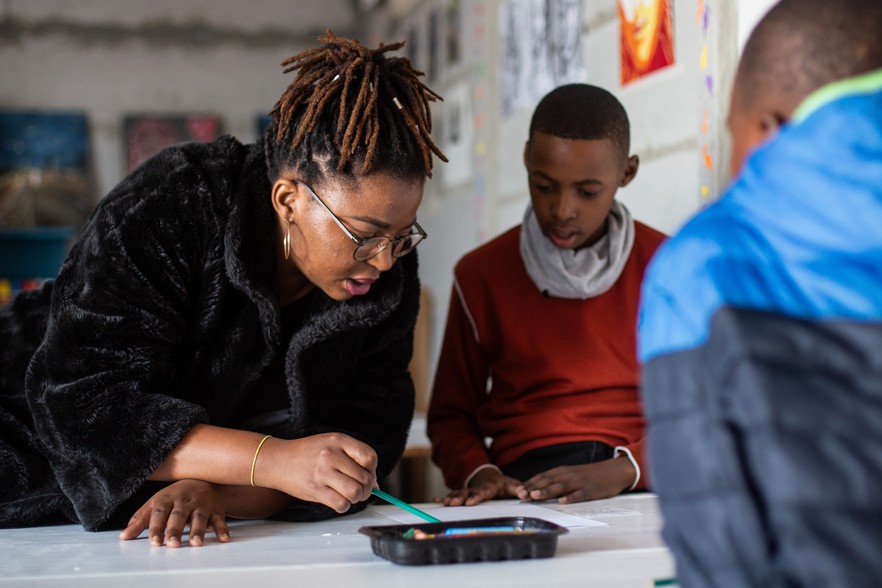 Nwabisa Nkonyana studied fine art at Walter Sisulu University. After moving to Khayelitsha, she said she had trouble finding a space to work.

Nkonyana, who is from Qonce (King William’s Town), came to Cape Town in December 2016 after completing a fine arts degree at Walter Sisulu University. But she struggled to find work as an artist in Khayelitsha. “I couldn’t find studios here, I couldn’t get galleries,” she said.

“I was just looking for space that I could work from, but I couldn’t get any,” she said.

Finally she decided to do it herself and in December 2018 she and her business partner Yolanda Sihlali launched the “Fugly” art gallery from a shack in Town 2, Khayelitsha.

“I started collecting artworks from local artists. That’s how I knew we had so many artists in Khayelitsha,” she said. But it was challenging, she said, because the gallery was a new concept in the area. 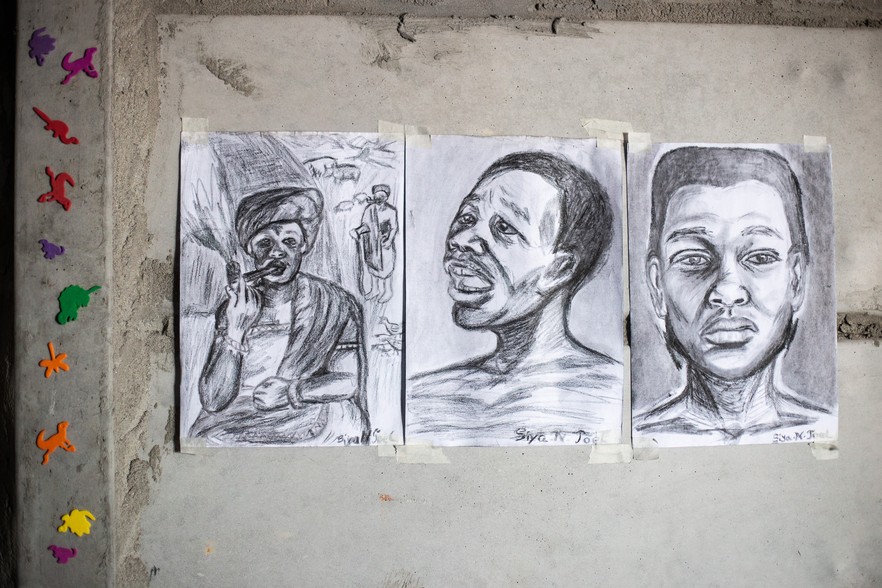 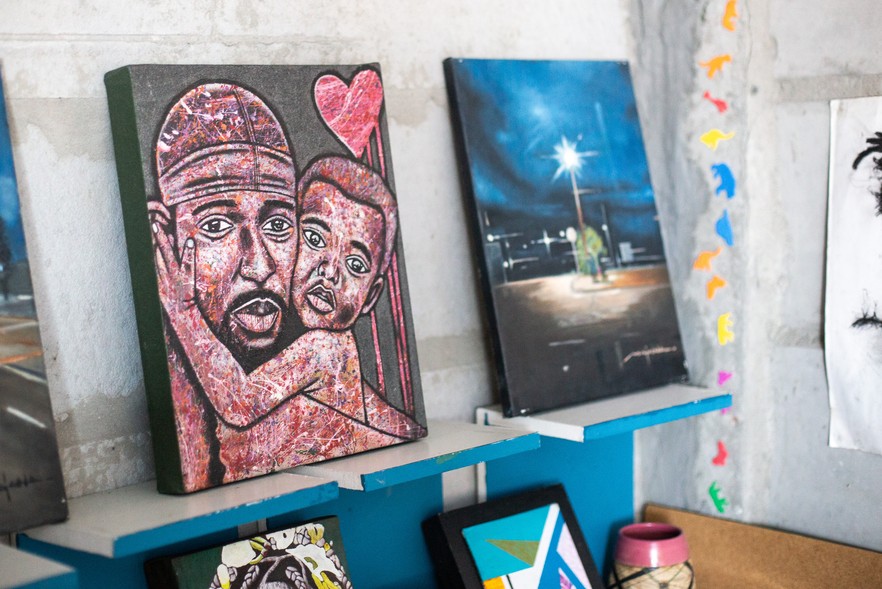 Except for a handful of “art lovers” most residents showed little interest. But with the help of tour guides, they got tourists to visit their gallery and started selling pieces.

Nkonyana said that she was surprised that she didn’t need to go to town to sell art. “I can sell art from a township! That was so huge for me.”

After her business partner left, Nkonyana found the gallery a new home in an RDP house in Makhaza. It was here that she realised she needed more than a gallery. She wanted to create an art centre where she could teach children and emerging artists, a place where she could host events.

This was the beginning of the Ntinga Khozi Fine Art Centre, meaning “arise eagle”. 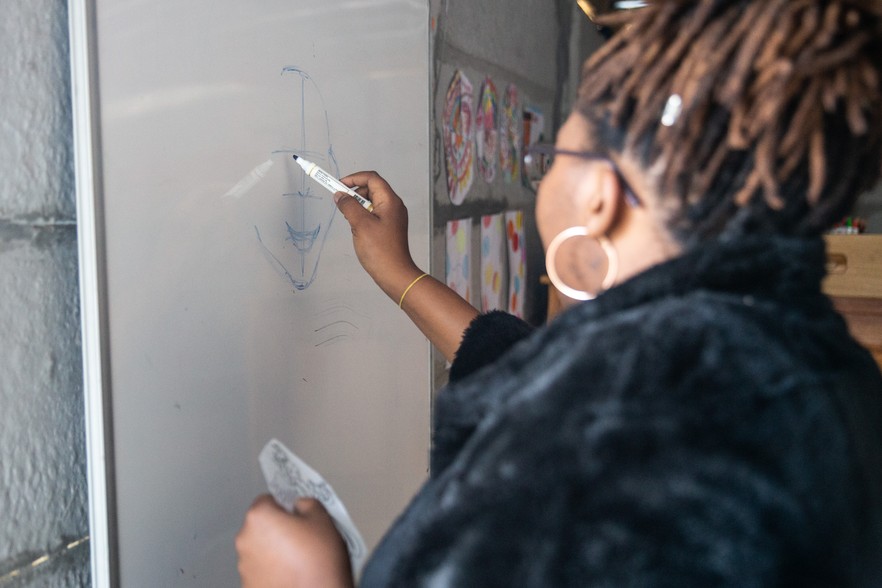 Nwabisa Nkonyana shows a class how to get proportions right when drawing a face.

Nkonyana wanted to inform people in the community about art and art as a career. “People are making good money,” she said. She hopes to show parents that children can “make it” as artists. 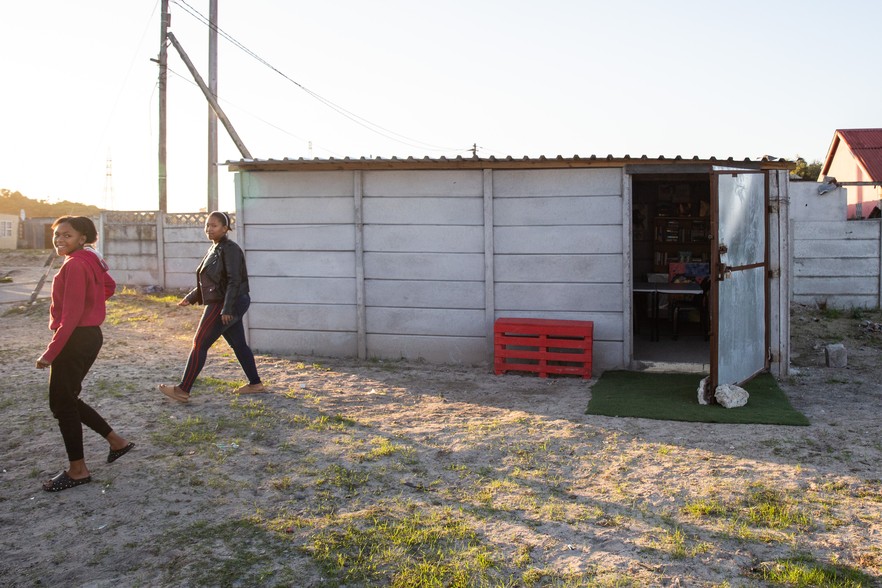 The centre cost R20,000 to build, which Nkonyana funded herself. She would like to paint the outside but paints and brushes are needed.

Operating from occupied land has its own set of challenges. There isn’t any electricity and children have to use neighbours’ toilets. Safety is also an issue. “People are getting shot everyday in Khayelitsha. You never know when it’s your turn,” says Nkonyana. A fence was donated to the centre but part of it was stolen. “More than anything else, we need to feel safe,” she said.

The classes, held every weekday, are free. Parents are asked to pay a small donation but that isn’t always possible. The centre needs art supplies, easels and chairs. The space is also cramped and Nkonyana would like to get containers to make the centre bigger, and to work with ceramics, paint and clay.

Nkonyana said that she has worked with close to 50 artists from Cape Town townships. “My focus now is to show township stories through the gallery,” she said. 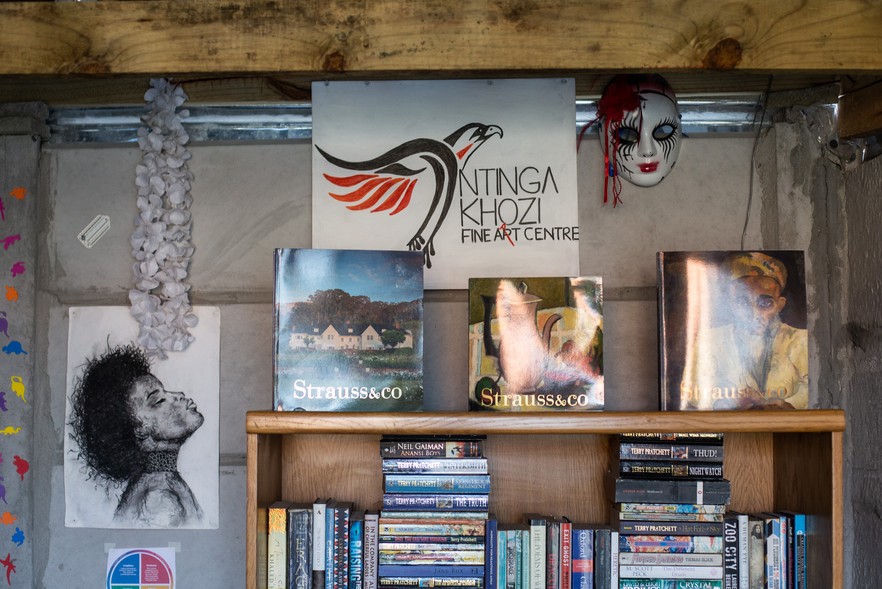 Next:  The justice system is showing signs of rot

Previous:  Prosecutor throws out badly-prepared case, gets arrested by police