“We don’t have anywhere else to go” says Johannesburg occupier 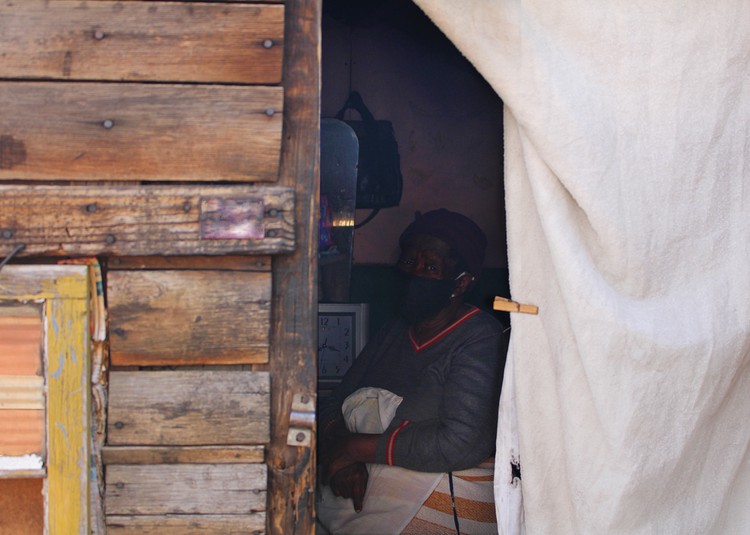 Rosina Mazibuko, 74, says she’s been living in one-roomed wendy house for 20 years in Rosettenville, Johannesburg, on a property shared with 23 other households who are facing eviction. Photo: Masego Mafata

“We keep fighting for this place because we don’t have anywhere else to go. If the government was doing something to help us find a place to stay, then it would be a different story,” says Thembinkosi Sigulugulu.

Sigulugulu lives at one of five neighbouring plots in Rosettenville, Johannesburg, with 23 other households. An eviction application by the property owners is currently pending in the South Gauteng High Court.

“The owners are alleging that their properties have been hijacked and that they have no control over their properties. They are equally awaiting the outcome of the eviction application,” said Nthatisi Modingoane, spokesperson for the City of Johannesburg.

The occupiers sought the assistance of the Centre for Applied Legal Studies (CALS), to fight their eviction.

In a statement on 29 January 2021, CALS acknowledged the “competing rights and interests” of the owners and the occupants. It said that while it was important for the owners to use and access their properties, the rights of the occupants must also be protected.

Sigulugulu, who has been living on the property for almost 15 years, said they only came to know who the owners were when they were first evicted through the court in 2017. They fought the eviction and were allowed to move back as ordered by Judge Sutherland on condition that they pay rent. This, however, did not happen.

“This place was vandalised and our clothes were on the street for three days,” he said. Sigulugulu lives with his partner and children.

Presently, the occupiers are not paying rent. However, before the the current owners bought the property a few years ago, residents told GroundUp that they were paying rent to the previous owner.

Many of the occupiers we spoke to said they did not have full-time employment.

Rosina Mazibuko, 74, said she has been living on the property for more than 20 years. She said she used to pay R500 for a one-roomed wendy house.

“I was paying R750 rent until I lost my job. The previous owner disappeared, so we didn’t know who to pay rent to,” said resident Lungile Baduza.

Attorney Noa Kinstler, representing the current owners, Simon and Irene Okoye, told GroundUp that they bought the properties on 28 September 2016.

“For five years they not been able to take possession the properties which have been occupied by unlawful occupiers. An eviction application has been pending for many months awaiting action from the City council,” said Kinstler.

“In the interim the properties have amassed rates and utilities accounts to the tune of over R2 million. While our clients are told there are many indigent and needy occupiers, it is not our clients’ responsibility to provide them with land and accommodation.

“The City has a legal obligation to arrange alternative land for occupiers who qualify and other occupiers who do not qualify must vacate the properties,” said Kinstler. 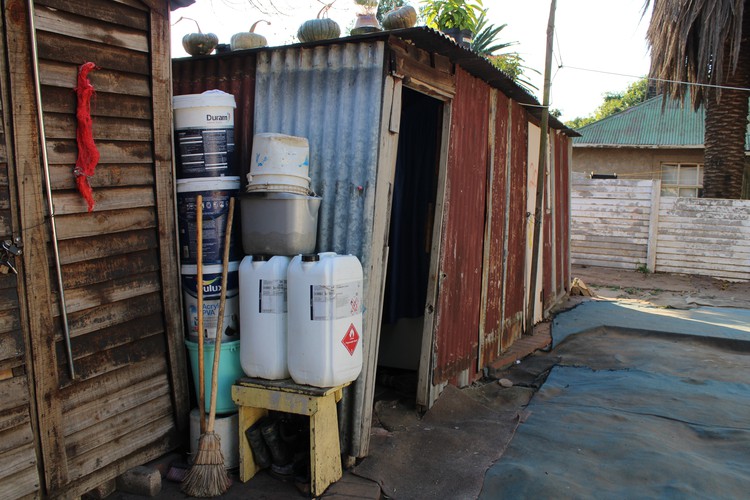 Some of the occupants have erected informal structures on the properties on Rosettenville. Photo: Masego Mafata

Residents say that water and electricity cuts happen frequently and that the properties are dilapidated.

On 26 May, the City of Johannesburg and Johannesburg Water disconnected the water supply to the properties because the account is in arrears. According to the City, the amount owed by the owner is R1,355,491.

“We went to the municipality and asked for separate water accounts and electricity meters so that we can pay for services. We are still waiting,” said Sigulugulu.

While the occupiers said there was no warning before the water was cut, the City claimed it issued a warning on 29 March. The water was off for almost two weeks before CALS stepped in and approached the court to get the water reconnected.

In its heads of argument, CALS argued that the residents are “merely occupiers of the properties” and that the account in arrears is beyond their control. The South Gauteng High Court then ordered the City and Johannesburg Water to reconnect the water on 4 June. The court also ruled that the water may not be disconnected again, pending the outcome of the eviction application.

While the eviction application is still pending, “the occupiers are currently in possession of the property in the interim,” said Nomakhosi Masiye-Moyo from CALS.

Correction on 2021-06-24 12:36 This article previously stated that the occupiers were unlawfully evicted in 2017. They were in fact evicted through a court process, however after fighting it in court, were allowed to moved back.

Next:  The EFF wants us to use the Russian and Chinese vaccines. But there are unanswered questions about them