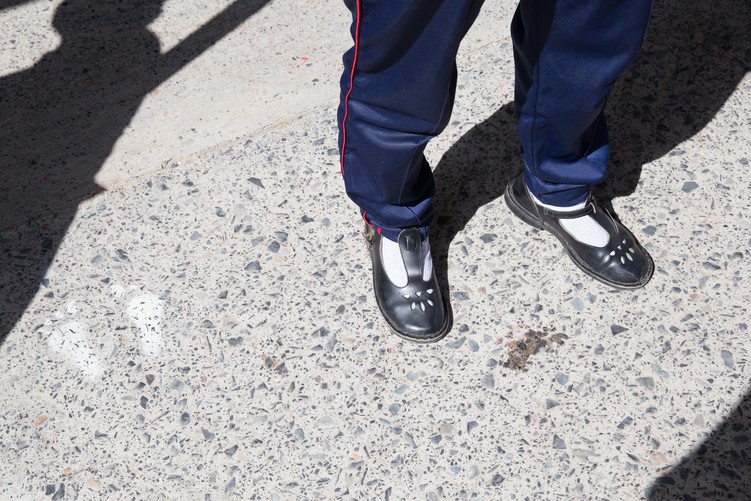 A parent from Stellenbosch says that he is at his wit’s end after three high schools rejected his son’s application for 2021. He said that two of the schools he applied to in Stellenbosch told him that they were already full. Photo: Ashraf Hendricks

The Western Cape Department of Education (WCED) says it has been struggling to manage an increase of nearly 400 learners over three years in the Stellenbosch feeder zone.

This comes after a parent from Stellenbosch says that he is at his wit’s end after three high schools rejected his son’s application for 2021. He said that two of the schools he applied to in Stellenbosch told him that they were already full.

Sean Bozalek said that two high schools are in close proximity to his home in Idas Valley and one was in Paarl.

Spokesperson Bronagh Hammond said that the WCED was struggling to keep up with the approximately 18,000 increase in learners each year in its urban areas. She said in Stellenbosch alone the number of learner enrollments had increased by 390 between 2017 and 2020.

“Growth in communities does not necessarily mean growth in schools. Some schools reach capacity and therefore cannot take in more learners despite demand,” said Hammond.

Bozalek said he reached out to the department for assistance and was advised to submit an appeal to Provincial Minister Debbie Schäfer, with motivation for why his son should attend a particular school.

The rejection letter from Schäfer stated that Bozalek’s reasons for appeal were “inconsistent” since it relied on the proximity of Stellenbosch High School to their home which is 3km away. This despite Bozalek having not applied to a school only 750m away from their home — Lückhoff High School.

Bozalek said that these were not valid grounds to reject his son as Lückhoff is an Afrikaans-medium school. “My child is English speaking. He can’t go to an Afrikaans school. But now all of a sudden I’m being funneled to Lückhoff,” said Bozalek.

“People who have been living here for years are being denied entrance. And the local WCED is supposed to help people get access,” he said.

In response, Hammond said that the department would do everything in its power to find a space for a learner but that “it is simply not possible to guarantee a parent’s choice of school”.

According to Hammond admissions are dependent on the admissions policy of that particular school. The WCED has not determined any feeder zones. Feeder zones compel schools geographically close to learners to admit them.

A professor at Stellenbosch University, who asked to not be named, said that she decided to put her son in a private school after Paul Roos Gimnasium, the closest school to her house, rejected him. “It is quite irritating that the WCED does not follow the same approach as, for instance, Gauteng,” she said.

The Gauteng Education Department does determine feeder zones, which were expanded to a 30km radius of a learner’s home in 2019.

Bozalek said that he has now applied to a private school in the area. “I don’t even know if we’ll get in there because it’s so last minute,” he said.