Vandals required equipment and knowledge of the infrastructure, he says 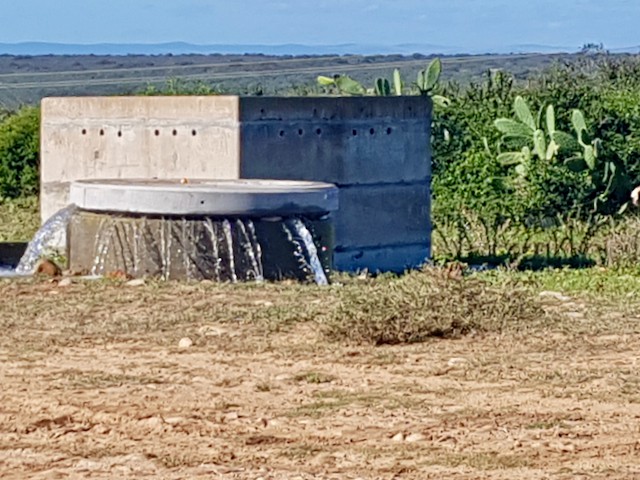 Water supply in Nelson Mandela Bay is being sabotaged, according to the municipality.

“I want to make this public. Besides that there is vandalism, I want to put it that it’s acts of sabotage, and the Investigating Unit in the Safety and Security department must take action,” said Mayco Member for Infrastructure and Engineering John Mitchell (Northern Alliance PR councillor).

This follows a number of incidents of vandalism of air valves, including on a main water supply line.

Mitchell said opening the heavy concrete lids of the water beacons requires equipment and knowledge of the infrastructure.

Mitchell said, “I am putting it out there clearly, that air valves reside in an isolated area. It is impossible that a cement block of more than 1,000 kg can be lifted by one person, unless there was external help. I am appealing to security to act. There is sabotage in the city.”

Water in the metro area is already under stress as dams are critically low due to a prolonged drought compounded by poor water management.

The Kouga, Churchill, Impofu and Groendal dams are currently below 15% of combined capacity.

Numerous times the municipality has had to shut off water to residents to give engineers time to fix vandalism on the pipeline from the Nooitgedagt water treatment works.

One water beacon recently vandalised is located outside Motherwell, about 100 metres from the Addo Road.

A huge amount of clean water has been flowing for kilometres down the road, emptying into a small stream near a brick factory.

A resident who stays on a plot next to the road said the beacon has been damaged for more than two weeks.

“Gushing water is a common occurrence here. The beacons are damaged on numerous occasions and the municipality takes a long time to fix them. We are always watching clean water going to waste. There was a time last year when the local stream was filled to the brim with water from one of the burst beacons. People were fishing for the first time in two years,” the resident said.

Municipal spokesperson Mthubanzi Mniki said acts of vandalism are on the increase in the metro. “We urge residents to report acts of vandalism to 041 506 5500,” he said. He said there would be a water shut down on Tuesday and during that time the Addo leak would be fixed. 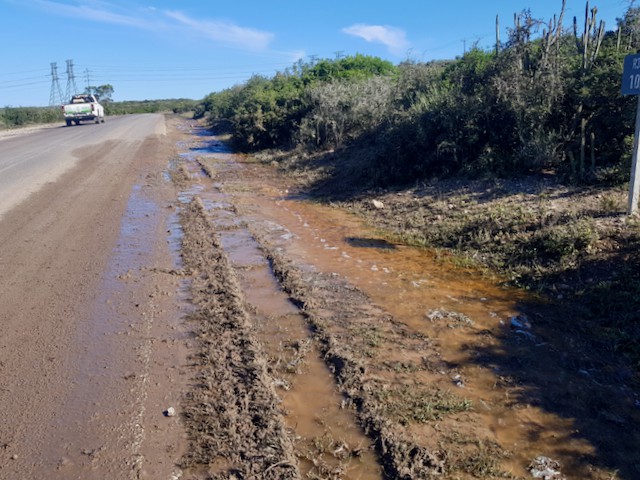 Water flowing down the Addo Road.

Next:  “Maggots crawl up your legs”: toilets in Siyathuthuka settlement are filthy

Previous:  “We have nowhere to go” say Mamelodi occupiers as eviction looms