Two toilets for dozens of residents in Khayelitsha

Shack dwellers in Khayelitsha say they need the City of Cape Town to provide more toilets. In one section of Enkanini informal settlement, dozens of residents rely on just two toilets situated near Chris Hani train station in Ezimfeneni. As a result, residents relieve themselves in buckets and empty these beside a nearby railway line. Others have dug pit latrines in their yards.

“After the City set up these toilets [in 2015], the number of people staying here increased to a point where two toilets cannot serve them adequately,” says community leader Lilian Zono.

Residents also now walk to a block of damaged and doorless toilets in another area. Thembinkosi Mcotshe said these toilets were last maintained and cleaned in June 2017.

“City of Cape Town plumbers used to come and fix the toilets when they were blocked, but they simply got tired of them and stayed away from them altogether,” he said.

“When you go to another area you face the possibility of coming across thugs who are out to mug residents,” he said. “If you try to use toilets located in other areas at night, you may find them locked.”

“Now some residents dump their faeces in the damaged toilets and behind the toilets,” said Mcotshe.

Residents dump human waste and old food in the storm water drains because the toilets are damaged, he said.

Near the toilets, Phumza Ntunjwa runs Step-by-Step Educare, which caters for 76 children. “Hot days the sun worsens the smell from the toilets,” she said. “We want the city officials to rebuild the toilets and maintain them. Failing that, they must remove the dirty toilets altogether.” 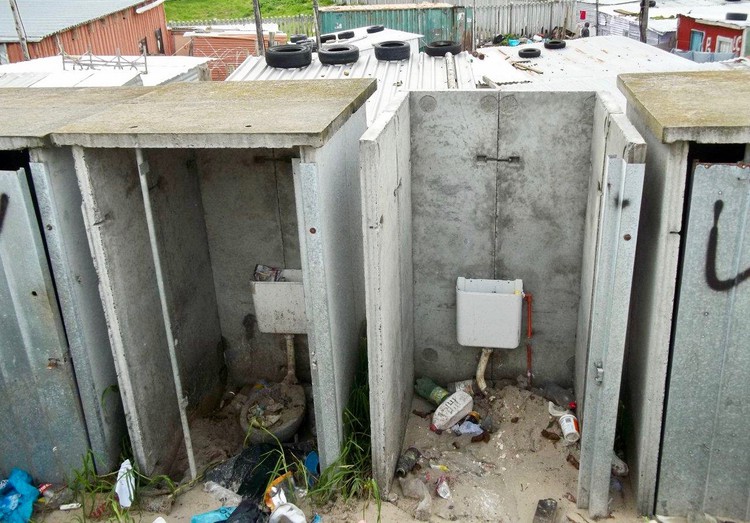 Zono said some communal taps are also broken and urgently need to be replaced or repaired. “Sometimes we run out of water because our water tap pipes leak,” she said.

Mayoral Committee Member for Area East Councillor Anda Ntsodo said, “Appointment of contractors to fix toilet structures is being finalised. Fixing of all faulty structures will be done in the coming months.”

Ntsodo said janitorial services were suspended in Enkanini because of “challenges with procurement of inoculations”.

“The City is currently drafting a Request for Quotations to carry out the services in the interim,” he said.

“The installation of toilets was completed but the toilets were subsequently vandalised. Ongoing vandalism is a problem in the area,” he said.

Ntsodo said the City needed to work with community leaders and identify places where more toilets could be put up. “As things stand, some of the dwellings need to be relocated in order to make the required space for installing new toilets,” he said.

“If employers tell domestic workers to stay home, they must still get paid” says union