No trains have been running since January because of severe vandalism and cable theft, PRASA says 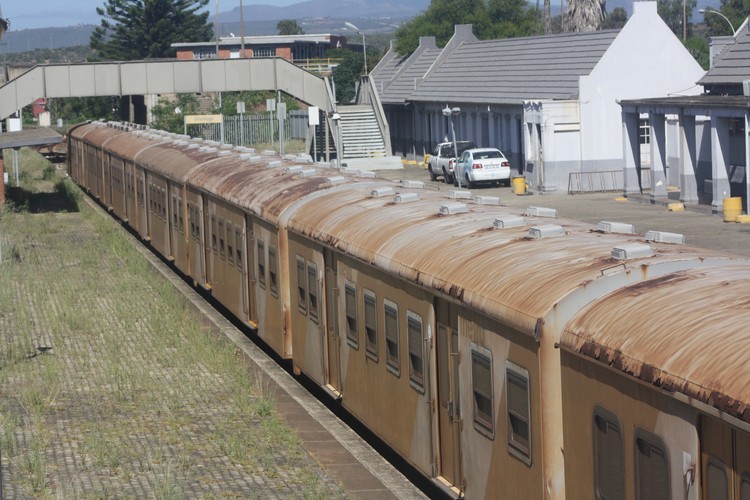 A train standing at a station in Kariega, Eastern Cape before all services were halted in January due to severe vandalism. Photo: Thamsanqa Mbovane

Nearly seven months after train services across the Eastern Cape were ground to a halt, the Passenger Rail Agency of South Africa (PRASA) says it will resume operations using diesel trains on Thursday.

A few months ago, we reported that all trains had stopped operating between Kariega, Gqeberha and East London since 7 January. PRASA said the services were suspended due to “severe vandalism [cable theft] which rendered the network unable to operate”.

This week, the rail agency announced, in a statement, that it will be using diesel locomotives as an interim measure to resume operations in parts of the province. As a result, the province’s 739 PRASA employees have been doing “refresher training”.

According to PRASA, only one diesel train will be in service in the mornings and one in the afternoons which will run in central East London and in parts of Gqeberha.

It is yet to be seen whether hundreds of commuters who previously used the service will return when it resumes. However trains remain the cheapest mode of transport in the metro. A ticket between Kariega and Gqeberha costs R9, while a bus fee is R20 and a taxi R25.

Resident Thanduxolo Mntakwende from Kariega said most residents would welcome the resumption of the service as long as it runs smoothly. “Previously we got stuck on our way to work and other people signed warning letters while others were fired for being late,” he said.

PRASA national spokesperson Andiswa Makanda said the rail agency plans to reintroduce services one corridor at a time for now. She said these trains will be used while repair works continue on other rail lines.

“We are recovering our services corridor-by-corridor. Train drivers are currently doing training classes in East London and Gqeberha. The testing of the operational lines commenced last Monday and took seven days to complete as part of passenger and employee safety,” she said.

Next:  Officials warn of “collapse” of health service but court says they are to blame

Previous:  Eight years after Michael Komape’s death we visited Limpopo schools to see if their toilets have improved