Thousands of learners robbed of library services by criminals 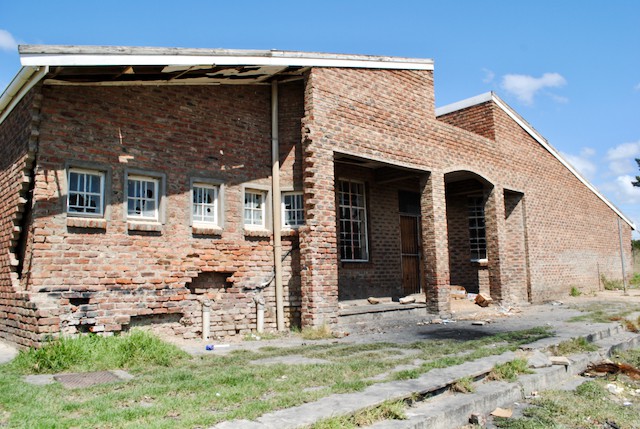 The Newtown Library in Fort Beaufort was ransacked during the lockdown and remains closed. Photos: Mkhuseli Sizani 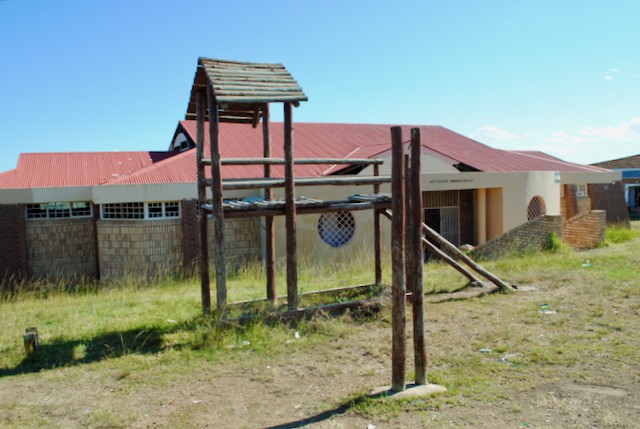 Washington Bongco library in Fort Beaufort was also vandalised during the lockdown and remains closed. Windows are smashed, the fence stolen and the play park damaged.

Thousands of learners from a dozen schools in Fort Beaufort have been deprived of their library services after public libraries were ransacked and vandalised during the Covid lockdown.

Parents blame the Raymond Mhlaba Local Municipality for leaving Washington Bongco Library in Empolweni township and Newtown Library in Newtown without security guards during the lockdown.

Newtown Library has become a public toilet and free lodging. Computers, a television set, books and valuable learning materials were stolen. Windows are smashed; the roof and walls damaged.

At Washington Bongco library, windows have been damaged, the fence stolen and the children’s play park vandalised. At least the doors remain secured by burglar bars.

Desmond Gysman, principal at St Joseph, said, “We have about 460 learners from grade R to 9. Some of them are from rural areas. The library’s closure has an adverse effect on learning and teaching. Learners have no valuable learning material like computers to do research. The learners’ writing and reading skills have been severely affected.”

Elodene Andries, a parent, blamed both the community and the municipality. “Day and night amapara [drug users] are vandalising the library and the community is not stopping them. They steal every valuable material in order to fund their drug habits,” she said.

“Our children used to come here and do their school work because they also had access to free Wi-Fi.”

“But now we have to spend R30 on taxi fare for our learners to go to the main library in town to do their school assignments. But even there the service has been affected because it is currently being renovated,” she said.

Hlumelo Mbhem, a grade 10 learner at Sakhululeka, said he used to use the free Wi-Fi at the library to do his school projects.

“There were three computers that were shared by learners … I am struggling to study at home because it is noisy. For assignments and research I have to take a taxi to the main library in town after school. A taxi is R32 return,” he said.

Philasande Bayana, a grade 10 learner at Thubalethu, said, “My performance has been severely affected. I don’t have the money to take a taxi to the main library in town. Also my computer skills are affected because I don’t use the computer anymore.”

We first contacted the municipality for comment on 3 March. We have received none.

In August last year we reported how the Allanridge, KwaMagxaki, Chatty and Motherwell libraries in Neslon Mandela Bay had suffered a similar fate. 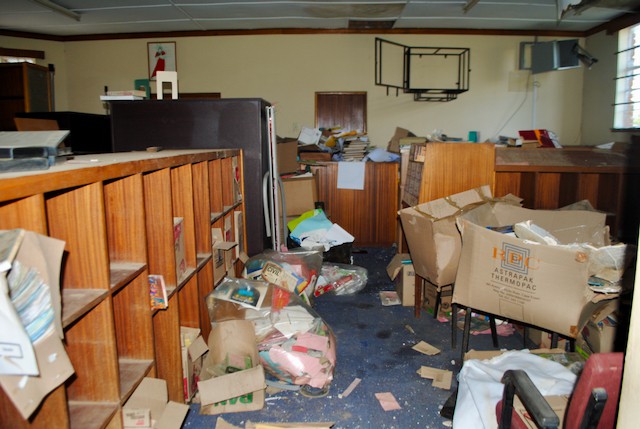 The Newtown Library in Fort Beaufort was ransacked during the lockdown and valuable study materials, books, a television set and computers were stolen.

Next:  Two years after we reported the “moving coffin” school bus, things are worse