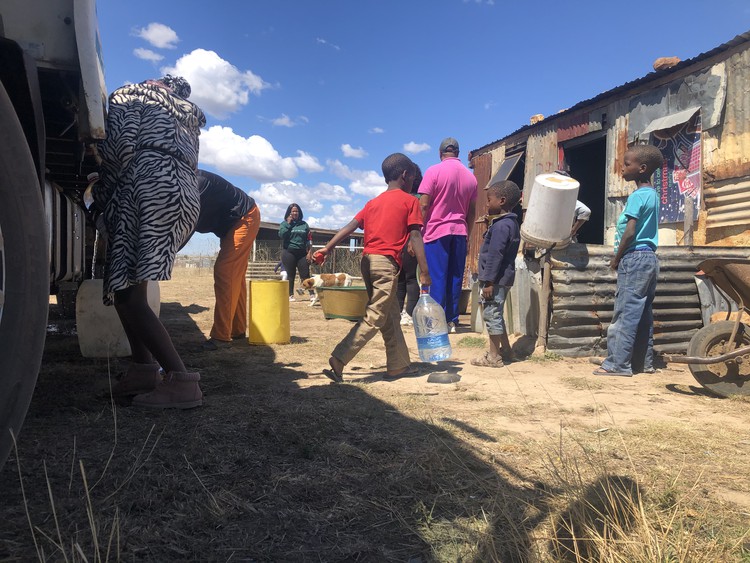 The Makhanda water situation is “critical” according to the Makana Municipality. Water rations are at 50 litres per person per day. Water is now shut off every second day to allow sufficient time to refill the reservoirs.

But in some areas taps are dry for days at a time, even weeks according to residents. High-lying areas are failing to get supply. In some locations residents are forced to buy water from people who have vehicles and donkey carts to fetch it. Children are not going to school because there is no water to bath in or water to wash their school uniforms.

“The recent rains haven’t had the desired impact on our dams, hence water is shut-off every second day,” said spokesperson Anele Mjekula.

The current plan is to eke out the supply for as long as possible while the system is reconfigured so that the city network can get water from the James Kleynhans Water Treatment Works supplied by the Glen Melville Dam. It currently gets it from the Waainek Treatment Water Works, supplied by the Settlers and Howisons Poort dams.

When Settlers Dam runs dry, there will only be a manual distribution of water at collection points for Makhanda residents.

Kwenzekile Mphati says where he lives in Vukani location it is the third week they have been without tap water. People with vehicles and donkeys fetch water from other locations and sell five litres for R20 and 20 litres for R60.

Nokulunga Chrisjan, who lives in Fletcher Street, Makhanda, said they haven’t had water since last Tuesday. “I don’t even know what we vote for … We will live like this until Jesus comes back,” she said.

Xolela Nobebe, who lives in Polar Park, said they have been almost a week without water. “We don’t have water at all here. We are going to work wearing dirty clothes,” he said.

Nomawethu Bonani, from Eluxolweni location, said their section has not had water for two weeks. She goes to town to buy five litres of water for R15.

Ramokolo said, “This will come to an end once we get adequate rainfall that will fill up both dams [Settler’s and Howinson Poort] or when the upgrading of James Kleynhans Treatment Works has been completed.”

Ayanda Kota, leader of the Unemployed People’s Movement (UPM), placed the blame squarely on the ANC. “It’s simple – the ANC has failed the people of the city.”